A recent chat with a fellow journalist about writing for RV magazines reminded me that we often assume readers have been in the RV industry for a while, which is why I have put something together for those who haven’t owned a motorhome or caravan before but are considering the possibilities.

Anyone who has been to an RV show knows it can be something of a daunting experience for newcomers. Even us ‘old hands’ usually have to spend a couple of days looking around at the RV industry’s finest. I suspect that same problem exists when it’s time to buy a dream RV. For most, it is usually their second most expensive purchase and isn’t something you want to make a mistake with.

One of the first things to consider is do you want a motorhome, caravan or fifth wheeler? It’s a question not asked often enough. In Australia, caravans account for about 85 per cent of RVs on the road which tells you something but not quite the whole picture. Perceptions of what is right play a part, especially when you consider that across the Tasman in New Zealand, the caravan/motorhome ratio is about 50/50. In the US and Canada, the mix is different again — 60 per cent caravans, 20 per cent motorhomes and 20 per cent fifth-wheelers.

What suits may well depend on the way you travel, and that is not necessarily the same as your good friend who has been on the road for the past 10 years. For instance, for someone who likes to spend  extended periods in the same location, a caravan and separate tow vehicle is a good choice. The tow vehicle can easily be used for local touring without the need to pack up everything before moving on.

However, for those who like to be constantly on the move and don’t want the work of hitching and unhitching every day, a motorhome is certainly a better consideration. Parking is less difficult and there is the economic benefit of only owning one vehicle. An economic consideration here is that while motorhomes are more expensive than caravans, the purchase of an appropriate tow vehicle can often balance that out.

Smaller cab chassis motorhomes or large van conversions are often popular with solo travellers, particularly for women. They are easy to drive and totally self-contained without the need to step outside at night. 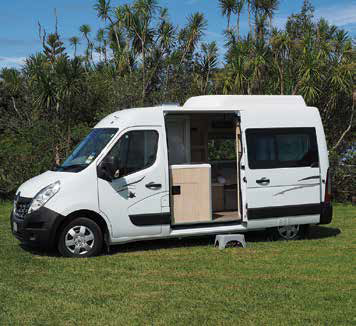 Campervans are popular with solo travellers

Just to confuse the issue, there are some motorhome travellers, usually those with larger rigs, who flat tow a little runabout behind them. The advantage is they have a vehicle to travel around in when parked up; the disadvantage is it makes for a long towing combination.

Fifth-wheelers are different again. For anyone not in the know, a fifth-wheeler, or goose neck trailer, is much like a caravan, except that the hitch point is located in the tray of the ute or pick-up truck, preferably above the rear axle — much like a prime mover and trailer combination.

That’s quite different to a caravan where\ the hitch is behind the rear bumper. The location of the hitch results in fifth wheelers giving much better towing dynamics than a caravan. For reasons unclear, fifth-wheelers are not popular in Australia and there are few manufacturers. I suspect in part it’s due to the image of large US-built behemoths, yet the reality is that there are smaller models around, well-suited to a large range of light commercial utes that are readily available. It’s not everyone’s first thought but if considering a caravan over 7m long, a fifth-wheeler may well be a better choice. Apart from the towing dynamic, the other benefit of a fifth-wheeler is that the overall towing length is shorter than a similar length caravan. 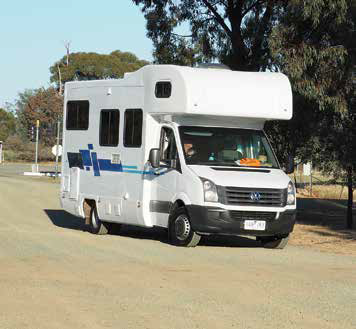 There are a multitude of motorhomes on offer

One of the best ways to get a feel for which RV is right for you, is to try before you buy.

There are a number of motorhome rental operators around. For instance, THL/KEA has at least three — Maui, Britz and Mighty — with plenty of models to try. It’s not always cheap but a $1000 investment before a $100,000 one could well be worth it and there’s always the possibility of inexpensive relocation deals which quite a few motorhome rental companies offer. There are fewer caravan rental companies, but it’s still possible to try a caravan out before purchase and get a good feel for what caravan towing is all about. If nothing else, trying before you buy will give a good idea of the RV lifestyle and what you do and don’t like.