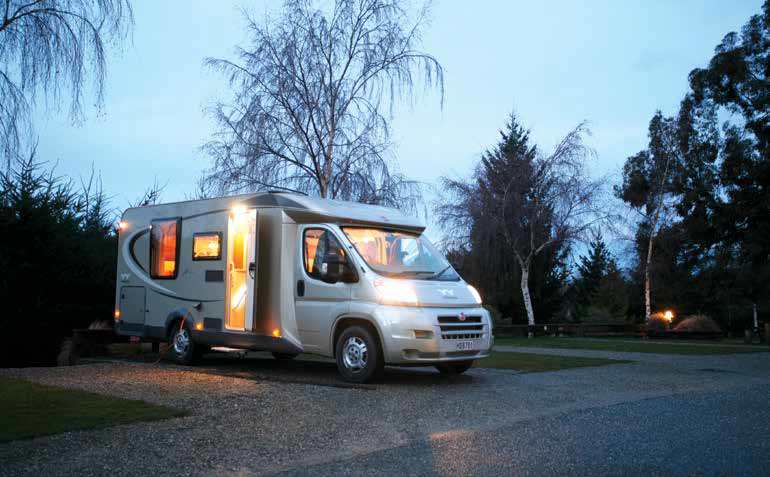 There was a time was when caravan and motorhome electrical systems were quite simple. Smaller motorhomes and campervans might just have had the vehicle starter battery for all 12V systems. Larger rigs usually had two — the vehicle starter battery and the ‘house battery’ for items such as lights, water pumps and maybe the fridge. In the case of cheaper caravans, there was no battery at all, just a 12V power supply from the tow vehicle.

These days of course, things electrical are very different indeed. The 12V power systems in recreational vehicles are increasingly using very sophisticated battery and charger systems, along with multiple charging sources. There has certainly been a greater number of different battery types, from the original humble unsealed lead acid type which had to be checked regularly, to AGM, gel cell, calcium, lead crystal and most recently the high output lithium (LiFePO4) types.

Most of the above mentioned batteries come under the lead acid, deep-cycle classification. Those being standard wet cell, gel cell and absorbed glass mat (AGM). Both gel cell and AGM batteries are considerably more expensive than wet cell but do offer an overall better service. In addition to those, higher performing lead crystal and lithium LiFePO4 batteries are both making inroads into the RV scene, particularly where high 12V loads are anticipated.

When considering a new battery, it’s helpful to consider the expected use and loading. While Lithium batteries might be seen to cover all situations, a more economic AGM battery may well cover general day-to-day travel and be a much more economic purchase. For instance a 100Ah AGM battery may well suit a caravan/motorhome 12V loading where the batteries are mains charged on a daily basis. However, for extended remote travel off the grid, something different may well be more economical.

Just about all those batteries mentioned have made redundant that most basic task of checking the electrolyte level  once a week and worrying about distilled water supplies. Indeed, really the only maintenance done these days is the removal of acid corrosion around the terminals, using not much more than an old toothbrush and baking soda mixed in water. There is a much greater emphasis on digital battery management systems and using the correct chargers.

Lithium batteries are the flavour of the moment

Battery chargers used to be quite basic too – that includes the vehicle’s alternator. In a motorhome particularly, the different charging requirements between a vehicle starter battery and the house deep cycle battery were often not understood properly and consequently it was usual for the deep-cycle batteries to be undercharged.

In addition, the increased use of battery types generally has created something of a design challenge for battery charger manufacturers because not all battery types charge up in exactly the same way, and there is a need to match charger and battery for optimum performance both power wise and economically. A prime feature of any charger these days is to be multi-staged. That is, it puts out a different rate of charging current depending on the state of charge of the battery.

When a battery is being used to power a device, a chemical reaction takes place that causes electrons to flow between the positive and negative electrodes via the electrolyte. What a battery charger does  is to reverse that chemical reaction, thus recharging the battery.

While a constant voltage and current will charge a battery quickly, it’s considerably better for a deep-cycle battery’s health if a ‘trickle’ charge is used over a longer period of time. Hence multistage chargers are considered best for this purpose. Lithium LiFePO4 batteries operate a little differently but the same principles apply, in that an appropriate charge is best for maximum battery life.

Lithium batteries are functionally dissimilar and constructed in a different way to most deep cycle batteries. As an example, a lead acid battery when fully charged will have a voltage of around 12.6V to 12.7V, whereas a lithium LiFePO4 battery has voltage circa 13.3V to 13.4V at full charge. At 20 per cent capacity, a lead acid battery will have a voltage around 11.8V, whereas a lithium battery will hold its voltage at approximately 13V. A lithium LiFePO4 battery has a much smaller voltage tolerance and because of that, the ‘trickle’ charge of the deep-cycle battery does not apply. That apparent  disadvantage does mean a lithium LiFePO4 battery can be charged faster while minimising the risk of overcharging.

There was a time when the only real method of charging a house battery was via a ‘hot wire’ from a tow vehicle in the case of a caravan or from the base vehicle alternator. Now a house battery can be charged from a number of different sources – mains charger, external generator, solar panels and even a wind turbine. That creates something of a problem when more than one of those sources is available at the same time – mostly to do with the most efficient charging cycle of the battery. 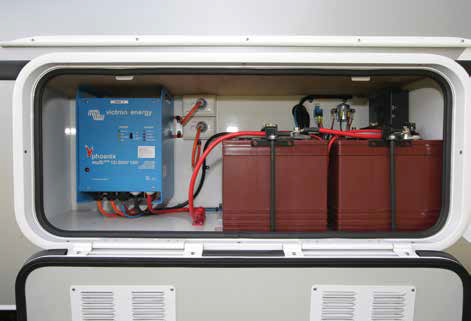 In response to this, most battery charger manufacturers have developed battery management systems in which all charger feeds and battery outputs are directly connected. Thus the optimum charging current is managed by one power unit. In addition to that, specialist manufacturers build both chargers and battery management systems with different current ratings. Essentially, the higher the charging current the more expensive the unit is but it also offers a shorter charging time. 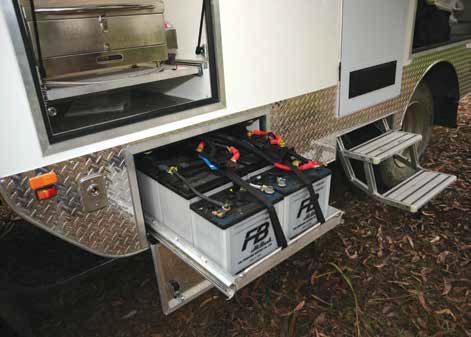 Generally speaking, if it’s anticipated that a motorhome or caravan will be stored up for an extended period, then one of the considerations is the house battery. All batteries do have some discharge and it’s better to have a battery on a ‘trickle  charge’ if it’s not being used for lengthy periods of time. This is done either by having the RV hooked up to power or by removing the batteries and having them hooked up to a portable charger.

Modern batteries aren’t too onerous in terms of maintenance, but there are a few things that are easily done to ensure a full economic life and getting the best out of your house batteries. 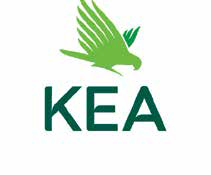