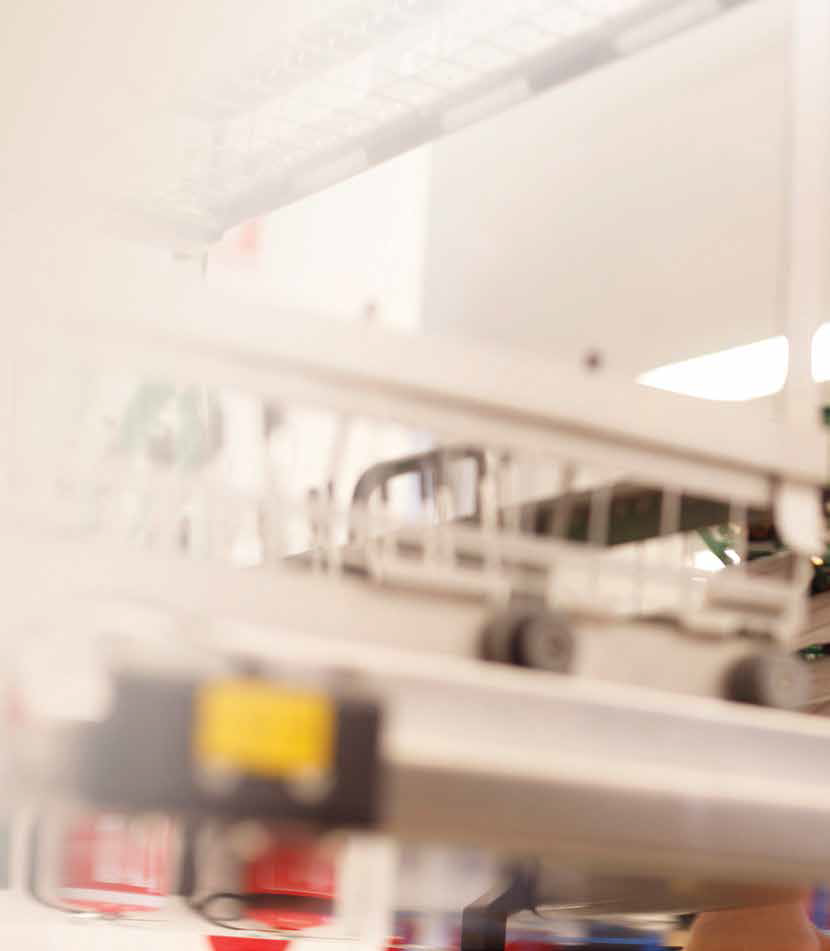 South Australian-based leading electronics manufacturer REDARC is set to release a new evolution in the way you control and monitor devices in your RV, which it says will change the way you camp forever.

REDARC says the new system, RedVision, which was launched earlier this year via Patriot Campers and will soon be available to a wider range of RV manufacturers, sets a new level of automation in the recreational vehicle industry, by bringing information and control right to your fingertips.

The RedVision total vehicle management system features an in-vehicle mounted display and Bring Your Own Device ‘BYOD’ iOS or android smartphone app, that can control and monitor multiple devices in campers, caravans, or motorhomes. Like a master switch it can turn on or off lights, inverters, water pumps, TVs, electric steps, fridges, but also enables real time monitoring of water levels, temperature, and energy usage and storage. 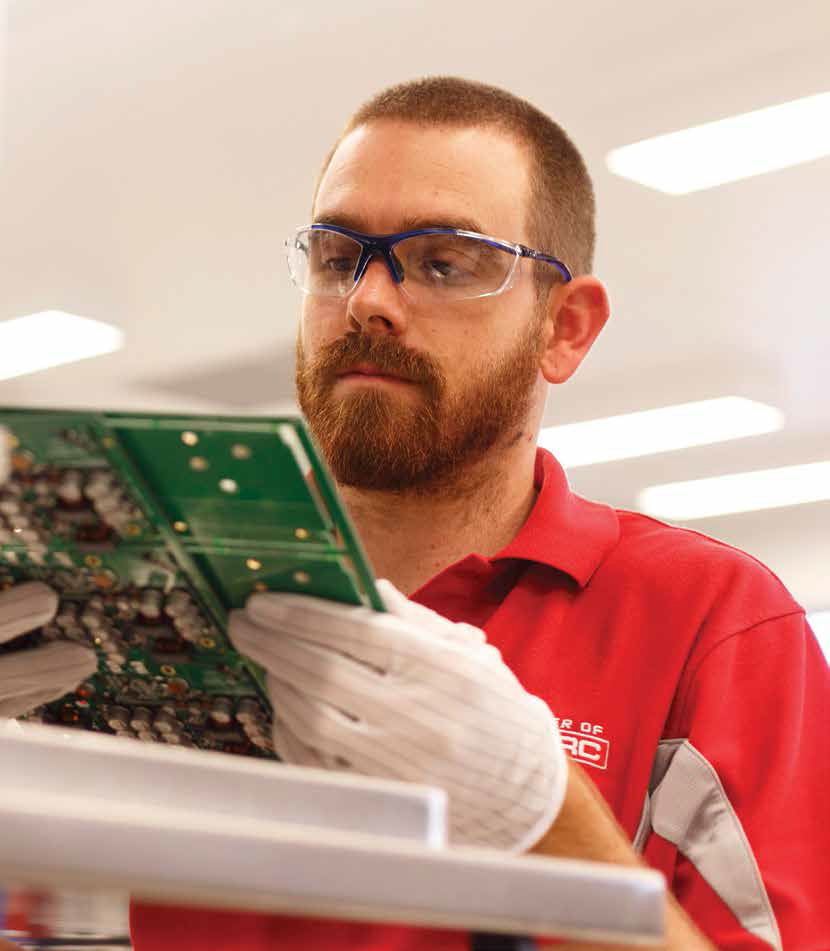 Clearly the social media and dealer reaction suggests RedVision will be in high demand and  REDARC Technical and Training manager Stuart Peddle says, “people told us they wanted something hard-wired, they wanted tactile buttons that you push and feel them click”.

He says the option to add your own smartphone with a touchscreen was comfortable for users and avoided redundancy down the track. “Every couple of years you get a new phone, but customers did not want that with the hard-mounted display in their van or camper. They wanted something rugged and reliable, so that is what we built from the ground up – a rugged and reliable display that looks nice and sleek, has colour, and fits the OEM interiors”.

From a personal user experience Peddle likes that, “you wake up in the morning and turn the inverter on from the phone and the coffee machine fires up before you have even got out of bed. You don’t have to have switches all around the vehicle any more… the information is put right in front of you. And I found I did not have to return to the van every time I wanted to turn something on or off”. 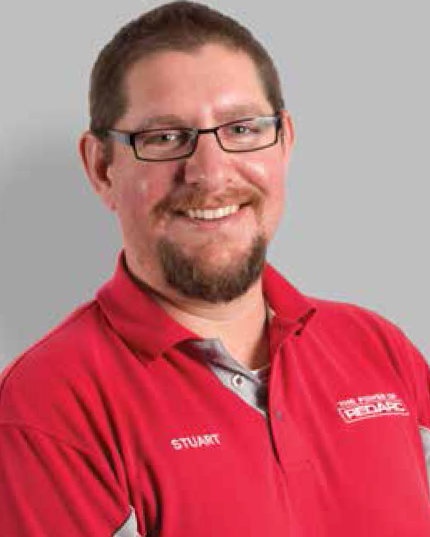 Wanting to avoid an aircraft cockpit approach with dials that each display a single device’s performance, RedVision’s integrated multi-device platform also means manufacturers needed to cut only one hole to fit it instead of up to 10 holes.

“Depending on the level of features there is some significant time saving for OEMs to cut and mount, and from the wiring  perspective we have done business cases with OEMs. From the enduser perspective, some of them have a dedicated cupboard for their control system and that cupboard is now regained as storage space,” he says. 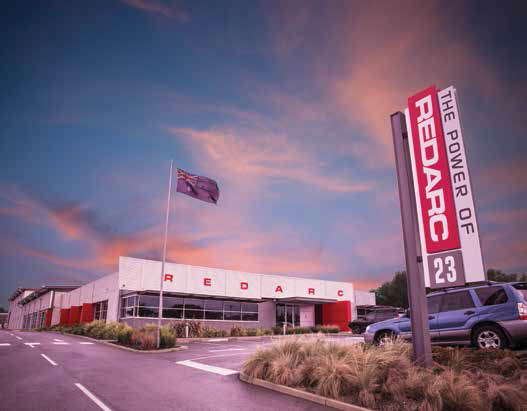 Peddle says end-users typically need to monitor up to two water tanks, switch panels, fuse box, battery management system,  voltage meter, inverter control panel, but this makes it that much easier. There are six soft switches on the mounted display and then you scroll down the page for another six, all activated by six physical buttons on the bezel around the screen.

One benefit of the RedVision platform is that items such as an inverter - which customers may not  need when they first buy the van - but may want later to go off-grid, can be added and it is immediately recognised and becomes part of the system.

“The upgrade path is there and there’s no need to change the system architecture to achieve these incremental upgrades. A limitation of some other systems that are around is that you are set and locked to a certain configuration and it can’t ever be changed,” Peddle adds.

In designing the product, REDARC spent more than 18 months talking to manufacturers.

Working with the manufacturers to understand the way they do things allowed REDARC to bring some of its expertise as local Australian manufacturers and “appreciate their pain points, so we can put a fresh set of eyes on it and show them where they can gain some efficiencies, save some weight, or simplify their wiring loom. When you can save a few hours each build, it makes a massive difference  to their production line, so there’s real value in that for OEMs”. 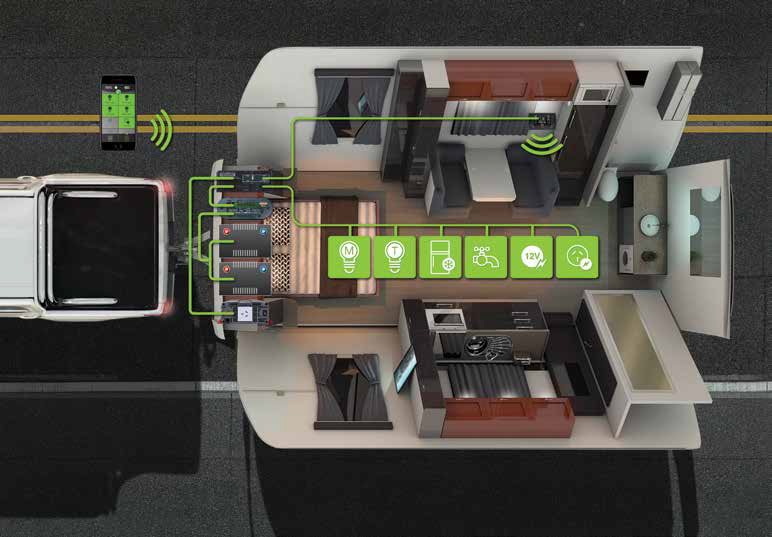 “Our state managers are out there all the time talking to manufacturers, recognising some of the pain points in their production facilities. They want better efficiency, more streamlining, and a lot of the issues were around the electrical install. Part of what we do when we go out to see customers like these is that we don’t say, ‘here you go boys this is a battery management system; we have sold it to you so off you go and fit it".

“We try and be involved in that integration process, how they go about installing it, to make sure they get the best out of install performance not just for their customer but also from their production perspective.

“That sort of relationship that we’ve built with the OEMs over the years led us down the path of asking what else we could do to help. Part of that was that we needed some smart way of wiring these things up that reduces all of these various components, the amount of labour content that goes into doing it – really just simplifying it.” 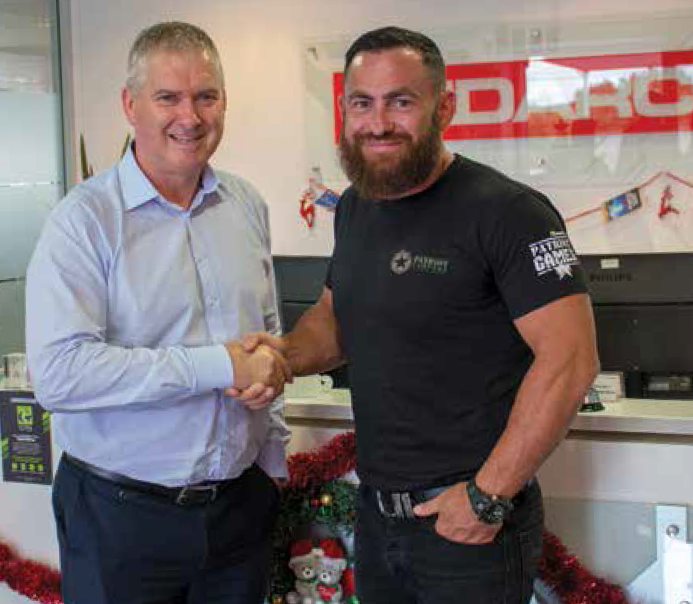 Peddle says the system is based on REDARC’s RBus, a controller area network system that allows in-vehicle microcontrollers and  devices to communicate with each other, which makes RedVision an evolutionary product.

“RBus, allows us to grow the features in the product with market trends, and with the demands of the OEM based on what other features they want to put into the vehicle. It is designed in such a way that you can use whatever water tank and water pump sensor you want, whatever fridge or airconditioner – it doesn’t matter,” Peddle says.

“We roadmap a couple of years out as there’s always innovation going on, but we believe we have pretty well captured the current market demand in our last 12 months of research. This is what people are going to want in their next model vans. We take time, to ensure our products have longevity and we started work with Patriot Campers on its 2018 trailer in early 2017.”

The Patriot X1, which won Camper Trailer of the Year, has  been selling since February, with customers using RedVision infield. Patriot Campers CEO Justin Montesalvo is equally excited by the partnership saying, “it’s a real game changer for Patriot, and potentially for the rest of the market”.

RedVision is expected to appear in the first OEM vehicles in mid- 2018 at the Queensland Caravan Camping & Touring Supershow at Brisbane Showgrounds from June 6-11.