Features Reviews Technology Cooking Destinations Stories Fishing
Round the World in a Motorhome
Words and Images by: Malcolm Street N26735 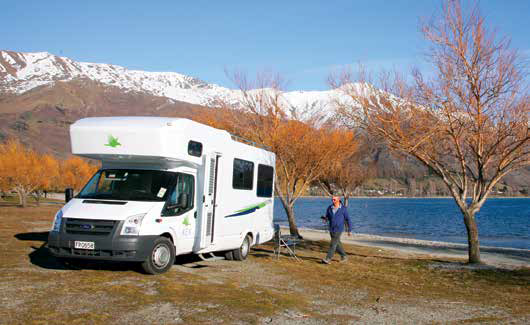 Whilst I like travelling in Australia, I’m one of those people who likes to head overseas on a regular basis and, if I can, enjoy the motorhome lifestyle in the country I happen to be in. There are some countries where that might not be possible, or is best done if you know what you are doing, like, for instance, in Argentina. That said, there’s plenty of choice – New Zealand, Britain, most of Europe and Scandanavia, Canada, USA, South Africa, and Namibia are all great options. In addition to plenty of motorhome time in New Zealand, I have also done some great trips through Britain, the USA, and Canada. Next on my bucket list is an extended tour around Europe.

Rental motorhomes can appear to be very expensive on first look, but there are some tricks of the trade to get your costs down. Research is the order of the day. Travel agents are helpful, but not all know what they are doing in the motorhome world. They are familiar with hotels, resorts, flights, and rental cars, but not so much when it comes to rental motorhomes. Some years ago we planned a lengthy holiday with friends in Canada and Alaska. However, part of that was cancelled at the last minute. Our fallback was an alternative motorhome trip, but the problem was our travel agent (who had been most helpful to date) was suddenly out of his depth and I found myself doing the advising.

The time of the year matters, too. Like anything, travelling in peak season is going to cost the most, but there are some surprisingly good deals to be had by travelling out of season. Don’t discount the cooler months – most Northern Hemisphere motorhomes are built to keep warmth in. It’s important to peruse any motorhome company’s website for what they have available, but there are also a range of websites like Auto Europe or Motorhome Bookers that have a number of links to motorhome rental sites and they  frequently offer a better deal. Using them is the same as rental car websites, and it can be quite the money saver. 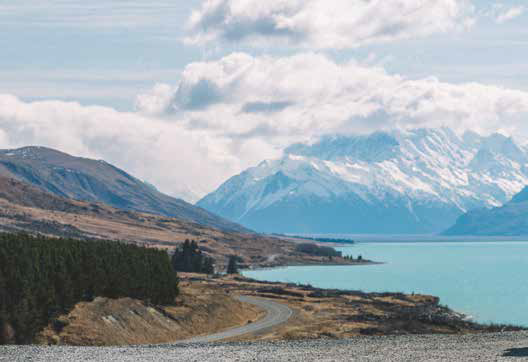 A little warning here is to make sure that the really good deal is just that. There’s nothing shonky about most of them, but some operators have two rental ranges: one with motorhomes only a year or two old, and others with older, more heavily used units. There’s going to be a price difference of course, and you often get what you pay for. There are some operators who  offer motorhomes built for the retail market rather than rental operation. These are more expensive to rent, but offer a more comfortable way to travel – the choice is yours. Much like how things are different in a foreign country, your rental motorhome probably won’t be exactly the same as your one at home either.

Another tip for getting a good deal is to do what is known in the trade as a ‘relocation’. Rental motorhome companies often find themselves with a motorhome in one place, but needed in another. They could either use their own drivers to move it, or, better still, offer a really cheap deal (as low as $1.00 per night) to the likes of you and I, to get their motorhome from A to B. One of the better websites for checking this out is Imoova.com. Relocations are very common in Australia, NZ, and the USA, but are available in both Canada and Europe as well. Some of that is seasonal of course, for instance in Canada during fall (autumn). Also seasonal is new motorhome deliveries in the USA during spring (often a very good deal). Most of the motorhome manufacturers are located along the eastern side of the country and the rental operators need motorhomes on the West Coast.

If you haven’t travelled overseas much and want to do a trial run, then New Zealand is a great place to start. Driving conditions are similar to Australia, but there’s plenty of different things to see and do.

When renting a motorhome, it’s always a good idea to understand how the insurance works, especially the excess and what is covered and what is not. It can be expensive, and like car rental insurance, it may well be cheaper to see what your personal travel insurance can offer.

Picking up and dropping off a rental motorhome can be a time-consuming process, particularly the pick up, so always allow plenty of time on the relevant days and don’t have tight  flight connections. It can be very expensive to change flights - as I rather painfully discovered on a trip where I hadn’t factored in travel time to the airport. It’s not a bad idea to stay in a hotel the night before picking up a motorhome, especially in a strange city, whereas if you’re visiting somewhere like New Zealand it’s quite practical to get an early flight and pick up your motorhome on the same day.

Make sure you understand where the rental depot is in relation to the airport. Some are on the opposite side of the city from the airport and travelling in peak hour can be inconvenient and stressful.

Give some thought to packing before leaving. Generally speaking, if you’re flying there’s a limit to luggage carried anyway, but a problem in smaller motorhomes is that there is often nowhere to stash a hard case travel bag. Soft, collapsible bags which can be stored under the bed or similar are often the answer.

Driving on the wrong side of the road can be daunting in a larger vehicle, but it’s really just something to get used to. I accidentally discovered an  ‘acclimatisation’ technique in eastern Canada a few years ago. We had a hire car to tour around Prince Edward Island for a few days before collecting the motorhome, which meant when I picked up the motorhome I was already wellversed in the art of left hand driving. 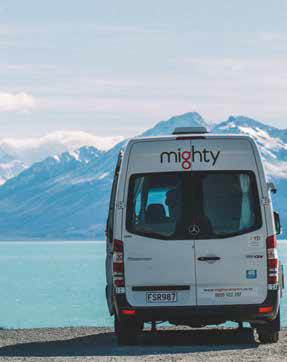 This might sound like a motherhood statement, but route planning is essential, especially in countries like the USA and Canada where distances are long. Britain is a little different – distances are short, but there’s much to see in a smaller area. Freeways and motorways aren’t always the best place to be, especially on the bustling and fast-paced motorways of Europe. Research beforehand is essential for seeing the highlights, but taking a little time to check out visitor centres can be very rewarding and timesaving. An essential item is a Sat Nav device of some sort. I take one with me when travelling, pre-loaded with all the relevant maps. Although rental companies like THL supply a very user friendly tablet based system which not only highlights the route, but also any attractions and accommodation along the way. After all that, it’s time to hit the road and enjoy a motorhome lifestyle that is a little different to yours.