Features Reviews Technology Cooking Destinations Stories Fishing
A Feel for the Future
Words and Images by: The Wanderer 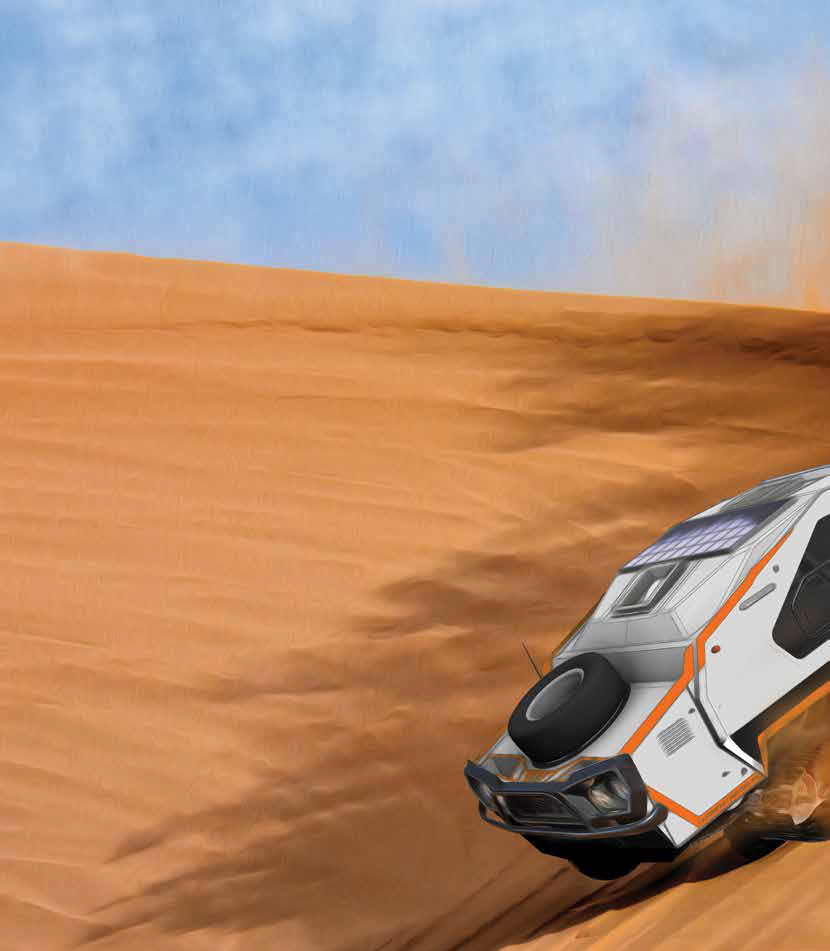 From fully automated drone and boat campers, to motorhomes which fold-out to a roomy living space and rotate to capture the sun, the RV of the future is going to be a far cry from what we experience today.

One of those leading the design space is undeniably Track Trailer. Director Gerard Waldron says the philosophy for its current design (as seen below) comes from making sure everything is there for more than one reason..

“We won’t just have a bracket to support something, it’ll also be a mounting point for a tent or awning ... and we have a big design philosophy around weight, because if you’re trying to get over sand dunes, weight is a major issue.” 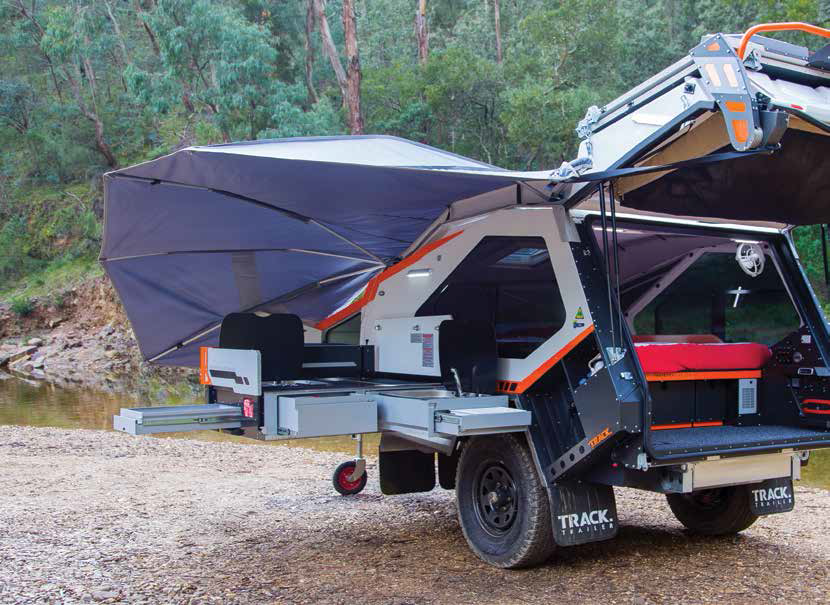 While its designs could already be described as futuristic, Waldron is under no illusion as to how far the camper will develop in years from now, as seen by his company’s futuristic design concept on the opening pages.

“There are varying scales of that from roads to accommodate our daily commute on a freeway, so the car takes over, to full operation ... but in 100 years from now no-one will drive at all.”

He says for many millennials today, there’s no real need for a licence, so automation would suit that generation.

“Something like 30% of 24 year olds now don’t have driving licences..that doesn’t mean not having one for life, but for a lot of those young urbanites a car is an expensive nuisance, you have to have car park and pay registration, and you just need a ride.”

But Waldron says we’ll all benefit from the stages of automation.

“What will happen is once you get off sealed and straight roads, which have that infrastructure for automation and get off-road, and you start driving, in the case of part-automation, you’ll be fresher and ready to take charge and then eventually there will be no steering wheel at all.”

He says electronics will also play a big part in the future RV.

“In particular apps and software are infiltrating the caravan itself  and appliances are getting smarter and you can talk to them via WiFi. “We are at the stage where an app will control everything that’s going on in the fridge or any other appliance.”

“They will look like a bag you drop and the whole thing unfolds. There will be more evolved materials, different fibres and techniques. It might be one wheel on the back and solar panels .. small batteries with high capacity.” 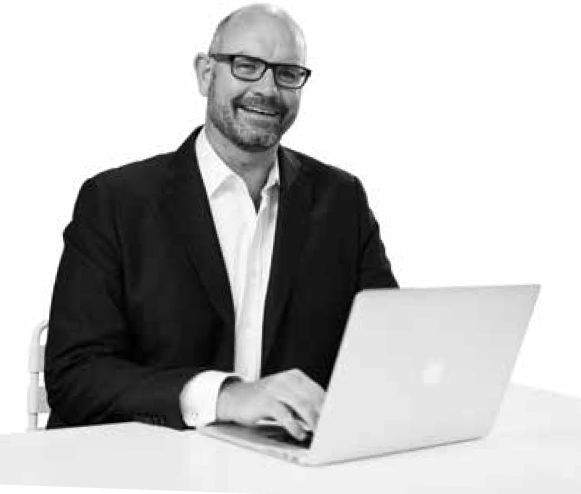 THE DEATH OF THE MOTEL

Tourism Holdings Limited CEO Grant Webster predicts in years from now RVs will be the leading choice of accommodation, and it will spell the death of motels.

“The RV category is going to explode – you’ll get to the point where you’ve released capital on your car and might put a bit of that back on lifestyle in an RV, and so we could effectively see what’s happening with cars and the death of motels.

“Why would you stay in a motel when you only stay there because of a car? If you don’t have a car, then the RV and RV holiday is so much cheaper. I think it could be the accommodation option of choice and the potential for the category on a global basis is ginormous.”

The move to electric powered engines is another change that will come with its own set of challenges.

“There needs to be a network, so if you have two holiday parks in Brisbane and two in Adelaide with charge stations, the whole thing won’t work. You need networks created where there are charging stations.

“The other issue is if what you’re building today in combustion based engines, that RV is not going to exist in 20 years time, and it may not be relevant in 10 years, so what happens to that capital write off, who bears the brunt of that as new technologies come into play?” 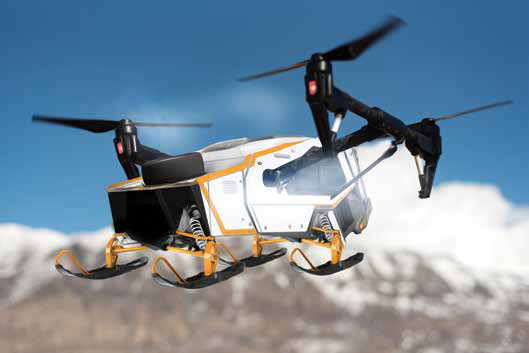 For Zone’s David Biggar it’s about full sustainability and not using materials which can buckle and bend.

“I think in five to ten years there won’t be timber framed caravans being built. The industry should have already been on this ten years ago .. if you can find a car produced with timber in it I’d be surprised … reality is there is not one timber  product in any car manufacturing, and so why does the caravan industry still use this?”

Sunliner Recreational Vehicles national marketing manager Candice Brittain (opposite page) agrees that the issue of sustainabilty is a key one.

“Given the coastal erosion and population pressures there are less campsites and caravan parks, so free camping will be the norm. RVs will be completely self-contained and generate their own power and water, and will leave zero impact on the environment as society is much more sensitive to environmental impact.”

She says drones will also be used to transport RVs over obstacles and sections of terrain without roads, making it possible to free camp almost anywhere.

Brittain says the Sunliner in fifty years will be in two parts, a detachable transport pod and a living hub. The living hub will be ‘driven’ to the chosen free camp location and remain stationary for a period of time as the transport pod is used as a satellite for day trips to explore.

“Both the transport pod and the living hub will utilise ‘smart glass’ for walls and the roof to capture and convert solar and hydrogen energy; become opaque to create privacy, and project your own personalised design to the world, which can be changed on a whim like a screensaver of today.

“The living hub is completely self-contained and self-sufficient. All water is converted from the air, all waste is processed on board and converted into a beneficial compost, and energy is generated via a combination of solar and hydrogen conversion.” 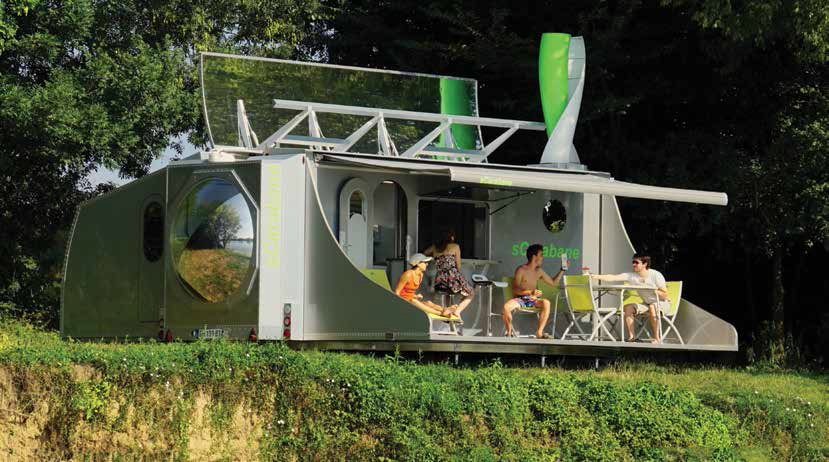 One product already on the market which has a ‘living hub’ is France’s Green Cat Technologies.

The sCarabane folds out into a roomy living space complete with solar and wind power generation, and even rotates 360 degrees at camp, tracking the sun to generate electricity.

Green Cat says the sCarabane goes from living to driving form in about 30 minutes, with just one person able to do the work on their own.

While in Germany, a motorhome of a completely different kind turned heads at the world’s biggest RV fair this year, Caravan Salon, for its futuristic design.

German based Marchi Mobile, is dubbed the most luxurious motorhome in the world, and uses sports car design with a cockpit which features a central digital control, inspired by jet cockpits.

The panoramic, helicopter-like windshield can be darkened in  two stages using an adjustable sun protection system, while a sky lounge raises up out of the roof to create a walled-in roof deck, and the bedroom features a king-size bed, manufactured by the same company which supplies beds to the British royal family.

CEO Mario Marchi says overall he sees the development of design along with what was shown decades ago in science fiction movies.

“Car design and features of futuristic vehicles are the result of visions and stories from the past. First the industry was only watching the advantages of an aerodynamic shape, now it starts to consider such shapes in their concepts, and finally put them to production.”

But he says he’s generally a bit disappointed to see that the whole  industry “apparently works only based on silent collusion”.

“Everything looks the same, many vehicles can be differentiated only by their logos, not many are open for outstanding and different designs.”

He says technical trends, like electric cars and autonomised driving are pre-determined by politics rather than manufacturers.

“The idea of the electric car is a great start for a greener driving, but it still needs a lot of development. I believe the hydrogen fuel cells supply could become the final optimal solution. And using aerodynamic shapes would create an even greater synergy. Already now our vehicle design helps reduce fuel consumption, which is especially important for large vehicles.”

Back home, and it seems we’re a lot more optimistic, albeit realistic, of what the future will hold, believing the RV industry will continue to thrive, driven by one thing - our passion to explore the great outdoors. 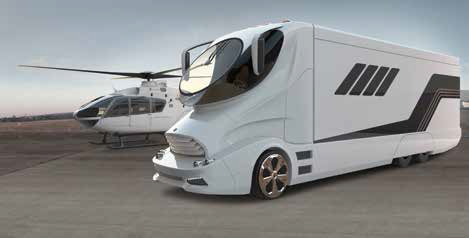