REALITY: The ply rating of a tyre is not related to its load carrying capacity; that capacity is determined by its volume and pressure of contained air – and that pressure is adjusted according to load. As the pressurised air is heated as the sidewalls flex, speed must be reduced while driving on corrugated roads, and both pressure and speed reduced while driving over soft sand (see below).

REALITY: True only for quarry vehicles and for those who ‘rock-hop’ in the more rabid 4WDs. There, the rugged tread pattern better grips the rocks. It is not true for any other usage: the open tread clogs in mud, increases the surface pressure on sand, and is noisy and ‘clunky’ on formed roads. Such tyres also wear faster. They are best confined to projecting a macho image for those exploring only the outer suburbs.

REALITY: Within reason, the opposite is true. A large diameter, narrow section tyre (such as outback dwellers’ 750 by 16) forms a long footprint that elongates when pressure is reduced – its action is then akin to a rubber caterpillar track.

A wide tyre has a wider but shorter footprint. Reducing its pressure causes the sidewall to bulge at mid level: thus becoming wedge shaped as seen from the front. This wedge ‘cuts’ its way into the sand, particularly if the tyres are then spun. Further, its footprint does not elongate but becomes concave where it starts to rise – resulting in a continuously forming steep gradient up which the vehicle must constantly climb. It is for these reasons that almost all Dakar Rally cars are shod with specially-made 700 by 16s.

(In the early 1960s I drove seven tonnes of QL Bedford part camper truck/part mobile testing laboratory twice the entire length and width of Africa – including two (plus 3500 km) Saharan crossings. That vehicle was shod with 1100 by 20 bus  tyres. They were wrecks at the end – but after 70,000 km off-road.) 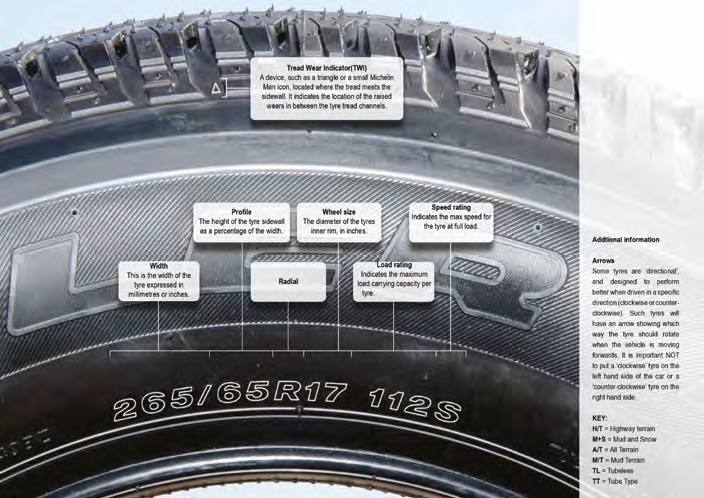 MYTH: To limit damage you must run higher pressures off-road.

REALITY: The opposite is true. Tyres off-road are mostly damaged by concussion whereby a rock may be forced through the tread or sidewall. Lowered pressure enables the tyre to fold around that rock. Lower pressure also reduces wheel spin and thus wear.

Reducing pressure by about 25-30 percent is recommend on dirt as long as speed is kept below 80 km/h. Tyre damage primarily affects tourist vehicles: it boosts local tyre sales each season. A few trades people drive at sustained high speeds  because a job may be 500 km away and needs to be done that day – but most locals drive at about 80 km/h.

MYTH: The best speed to drive over corrugation is at 70-90 km/h.

REALITY: There is a ‘sweet spot’ at about such speed but is due to the suspension going into a resonant condition – where the tyres ‘bounce over the top of the corrugations’ that are typically at 1.0-1.5 metre pitch world-wide. This results in a less uncomfortable ride.

The downside is that the tyres are then only barely in contact with any surface. While this may not be a problem on a flat straight road it can be close to impossible to swerve or follow a curve at that speed  as tyres don’t steer or brake that well while airborne. This is a major hazard on the fast, windy Gibb River Road, in the Kimberley. It is almost routine to encounter (mainly overseas) tourist vehicles that have crashed as a result of travelling even faster.

REALITY: Tubeless tyres were introduced for two main reasons. Firstly, to ease production assembly lines – always a plus for vehicle makers. Secondly, it eliminates heat generated as the tube constantly moves around in the tyre. By fitting tubes, some of the above benefits are lost: think when you last had a flat tubeless tyre?

MYTH: Some Michelin tubed tyres must be used with (the more costly) Michelin inner tubes.

REALITY: True – the structure of Michelin’s tubed tyres causes them to flex in a manner that damages most inner tubes. Michelin’s own accommodate this. (Revealed by a Michelin dealer after my commenting on unexpected problems with my own. Thereafter I had not a single fl at in some five years and mainly  off-road 75,000 Kkm (Kimberley kilometres).

MYTH: Tyres wear out but their age is less important.

REALITY: Tyre makers recommend replacing tyres after six or seven years regardless of use or otherwise. All tyres accumulate degrading atmospheric components resulting in their oxidising internally. Regular driving ‘pumps’ the damaging oxidation out of the tyre’s structure. But, unless done, tyres deteriorate until unusable. Never buy a new tyre without checking its date of manufacture. See pic on page 95 for how to tell.

This one came to CMCA members’ attention about 10 years ago when two, with otherwise superbly converted megatrucks’ old but almost unused tyres, blew out almost all of theirs after a day or two. 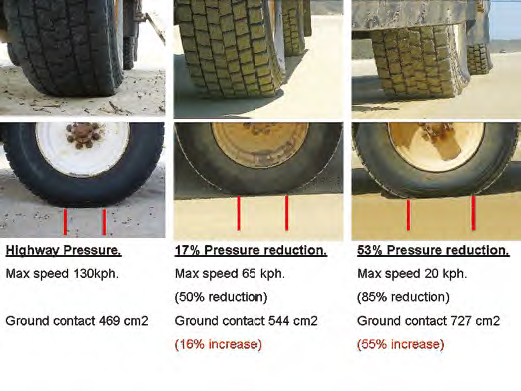 REALITY: Substantially true. The ultrawide low-profile tyres seen now on a few semi-off-road vehicles need a relatively high minimum tyre pressure to ensure their footprint is evenly formed. That pressure may be as high as 550 kPa (about 80 psi) – or 760 kPa (110 psi) plus in some wide-profile truck tyres. These tyres are, however, not intended for off-road use – although some are so used.