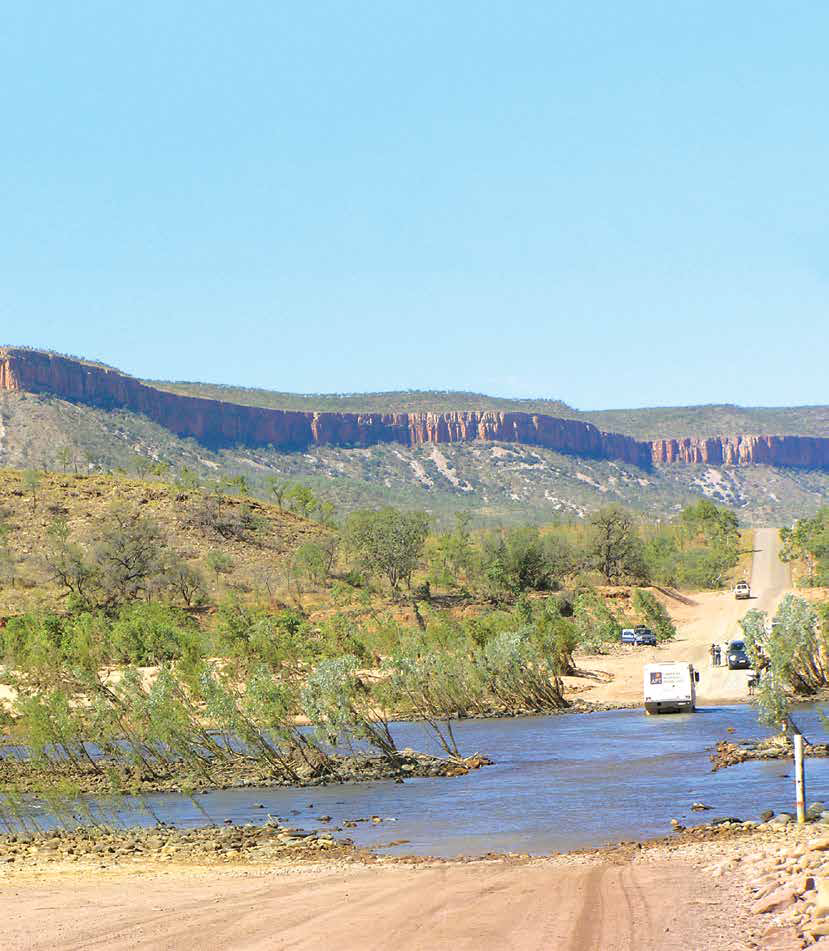 Don’t wave in spots like the Durack River crossing, WA — just concentrate on the right path

One of the many wonderful customs in Australia is that we wave as we pass one another on outback roads. While this is a terrific way to express our inherently friendly national disposition and to create a bond amongst travellers, many road users may have only a sketchy idea about the rules that apply to this practice.

In the interests of creating a more satisfactory approach to this important matter, the following are protocols to which all travellers should adhere. I encourage you to share this with as many of your friends and family as possible so that the nation’s performance in this area might be improved.

Waving should occur only on outback roads or remote sections of major regional highways. You will look like a bit of an idiot if you start waving at people in suburbia, on city freeways, or even somewhere like the Hume Highway.

Instead you should only wave at fellow recreational travellers — do not wave at mine-site vehicles, tradies utes or trucks. This requires you to be alert at all times to the nature of the vehicles approaching you. Do note though, occasionally a truckie will wave at you. It is essential that you respond with a professional wave in return.

It is suggested that waving at police vehicles might also be inadvisable since there is some doubt about how this might be interpreted by the constabulary. Are you acknowledging some wrongdoing (e.g. speeding) and offering a sort of pathetic apology and plea not to be apprehended? Are you seeking assistance of some sort? Are you exhibiting unusually friendly behaviour as a result of excessive alcohol consumption or the use of illicit drugs? Your day is not likely to be improved by a conversation with suspicious police officers conducted roadside under the glare of flashing red and blue lights.

Waving is strictly the role of the driver. Under no circumstances  should a passenger wave. (Actually there is one variation to this rule — if the occupants of the passing vehicle are a group of attractive young backpackers then it is incumbent on all occupants of your vehicle to wave.)

Waving is always performed with the right hand only, even if responding to wildly enthusiastic waving from the passing vehicle. Facial expressions are not a part of the performance, although hopefully your appearance will at least be friendly or neutral rather than grim.

Some drivers will not respond to your wave. Do not feel let down, rather you should feel pity for the sorry sod who quite literally will not even lift a finger to acknowledge another human being. The saddest Grey Nomad in the country has a full width banner across the top of his windscreen containing the words: “I do not wave.” 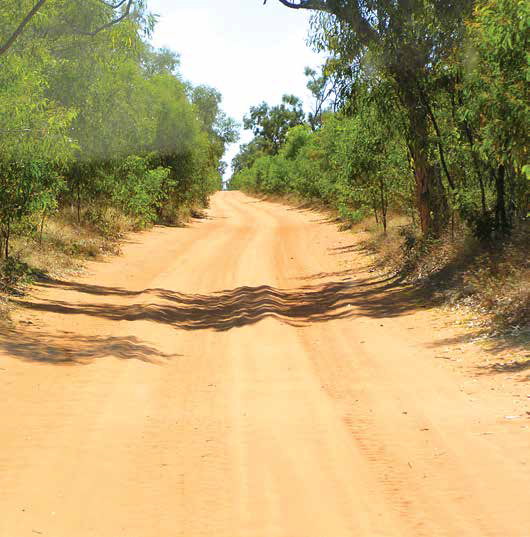 The form of wave is determined by the similarity of your vehicle and the approaching vehicle. So there is a graduated scale with the wave becoming more sophisticated as the match between the vehicles improves. In the author’s case, for example, a passing sedan might very well be ignored, whereas a four-wheel-drive motorhome will receive the highest possible recognition.

A second rule regarding the form of wave applies when the driver of the passing vehicle waves first. In this case you should generally respond with a form of wave matching that which has been offered to you. 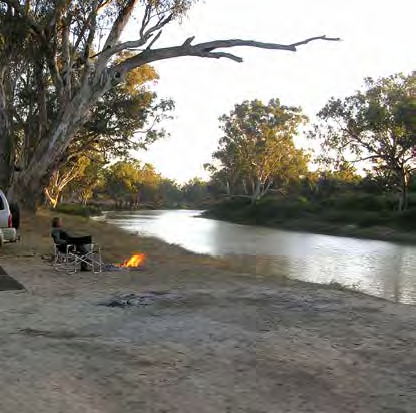 Cooper Creek, Innamincka — great place to rest after all that waving

Rather like waving practiced by royalty, travellers waving must conform to a particular style. Set out below are the approved forms.

1. Right hand at the 2 o’clock position on the steering wheel, raisethe index finger only. This form is the minimalist wave, reserved for occasions such as when you have changed two flat tyres in the last 20km, or for vehicles with which you have little common interest, e.g. for Grey Nomads that would typically be something like a small hatchback or an old “whiz-bang” (small camper van) driven by someone who is clearly too young to be a GN.

2. As above, but both index and middle finger are raised. This increased level of enthusiasm would generally apply when the passing driver has initiated a wave in this form. Note that in both this case and the minimalist form above, it is rather important not to lift the hand from the wheel and turn it over before executing the wave. Your fellow travellers are likely to react in most unpleasant ways should you make this error. 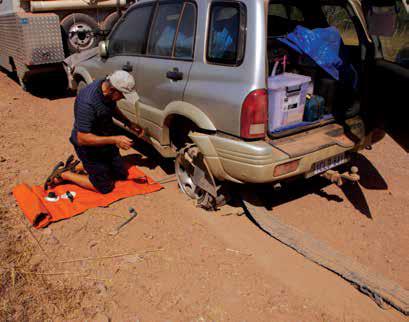 Not in the mood for waving after this

3. As above, but all four fingers are raised from the wheel. This is appropriate when your trip is going well, and you are feeling positive about your fellow travellers. It should be your most used wave.

4. Right hand lifted completely from the steering wheel and held upright, palm towards oncoming vehicle. This level of acknowledgement will be reserved for closely matching vehicles, typically those which obviously belong to serious travellers.

5. As above, but hand is waved back and forth. This is the most profound wave and is reserved for acknowledging those fellow travellers with whom you feel the greatest affinity. Beware of becoming too enthusiastic, as it may be misinterpreted by the other driver to mean that his roof rack has just fallen on to the road or his right rear wheel is loose and he has yet to notice.

Definitely wave at Victoria Downs Station, NT — they’ll be few and far between

Finally you should note that all of the above applies when your vehicle is moving. If you are parked at the side of road, waving is only performed by your passengers and is completely free form according to their whim. Your responsibility during this process is to closely study the left rear tyre and contemplate whether it really is losing pressure or not.