Tasmania is a special place. It’s possessed of spectacular landscapes including World Heritage forests with the tallest hardwood trees on the planet. Cultural heritage dates back millennia, from the island’s first inhabitants through to European and even Chinese settlement, and the finest food and drink you’d expect from a state that trades on its international reputation for clear skies, fresh air and clean waters. 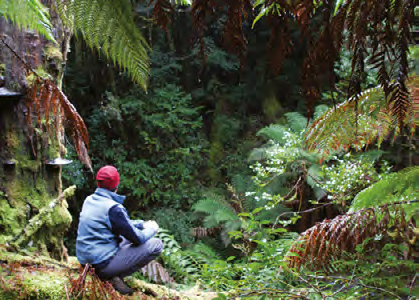 Enjoying the tranquillity of the Tarkine Rainforest

And unlike travelling throughout the rest of Australia it’s all located in a relatively compact space. No driving hundreds of kilometres to find the next attraction; another spectacular vista is around every corner. 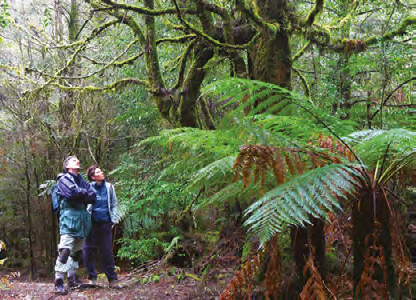 Tasmania, however, may also have suffered the shortest-lived World Heritage listing if the Australian government had had its way this year.

World Heritage recognises the most awesome places on Earth – the Great Barrier Reef, the Great Wall of China, the Sydney Opera House, the Grand Canyon and the Eiffel Tower. It’s like a list of places you must see at least once in your lifetime.

In Australia, we are blessed with extraordinary World Heritage landscapes including the reef, Uluru, Kakadu, the Daintree Rainforest, the Blue Mountains and Tasmania’s forests. Tasmania’s World Heritage forests are some of the most spectacular on Earth, home to centuries-old hardwood giants almost 100-metres tall, and many endangered creatures including the Tasmanian devil and giant crayfish the size of a Jack Russell. Last year the World Heritage Area was extended to include some of the state’s most amazing and accessible forests, the tall, wet forests along its eastern boundary, with iconic names such as the Styx, Weld and Upper Florentine. 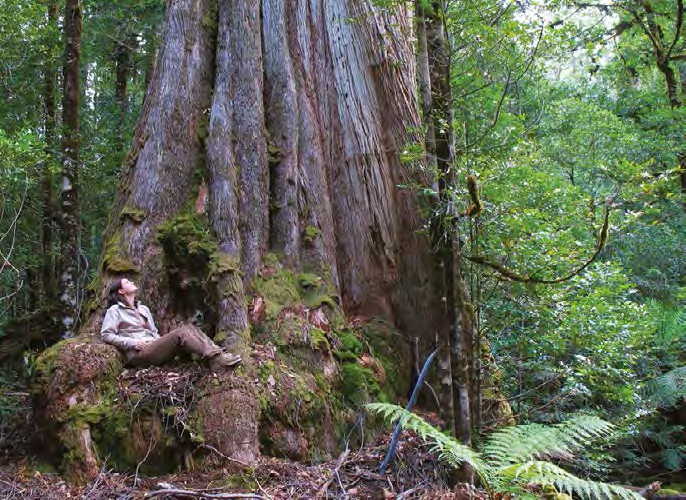 Countries campaign for years, decades even, just to get nominated for World Heritage listing, but the Australian government does not seem to hold World Heritage in such lofty esteem and tried to revoke that extension so these spectacular forests could be logged. Thousands turned out to protest in Hobart and in the forests and, thankfully, the World Heritage Committee rejected the request, having voted unanimously for the extension just 12 months earlier after calling for the nomination for nearly 25 years. 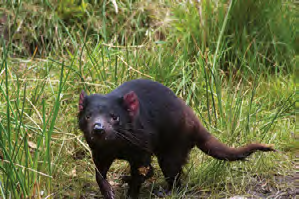 The new World Heritage Area covers forest in some of Tasmania’s Weld, Styx and Upper Florentine valleys. The Weld Valley is a well-kept secret, just 1.5 hours’ drive south-west of Hobart and 5km beyond the popular Tahune Airwalk over the forest. 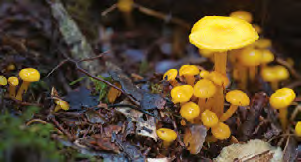 It has a number of dramatic lookouts, spectacular waterfalls and river swimming holes, although you’ll need directions and maps from the Forestry Tasmania staff at the Tahune Airwalk or Geeveston. There is a popular public campground on the banks of the Huon River at Franklin, with the Lady Franklin Tavern and Petty Session Café offering top-quality fare. 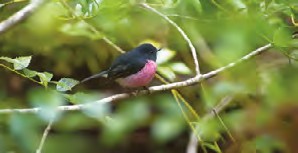 Further north, the Styx and Upper Florentine valleys have some of Tasmania’s wildest forest scenery and have been the site of some of the most enduring battles over forests in recent years. Less than two hours’ drive from Hobart, they can be accessed by the road to Lake Gordon past the Mt Field National Park (where you can find good facilities for motorhomes).

The Styx is famously home to the awe-inspiring giant trees Eucalyptus regnans, or king of the eucalypts. These trees, up to 450 years old and 100 metres tall, are some of the largest living things on Earth. Communing up close with the giants is easy on the short boardwalk at the Styx Big Tree Reserve, a half-hour drive from the village of Maydena.

The Upper Florentine is Tasmania’s natural environment at its beautiful best. Snow-capped peaks, wild rocky crags, roaring  rivers and intensely beautiful rainforest can all be seen just off the sealed Gordon River Road, built for hydro-electric development in the 1960s. Timbs Track, to the west of Maydena, will take you down to the Florentine River through stunning rainforest, mountain views, wild rivers and unique history in a three-hour (slightly muddy after rain) return stroll.

The Upper Florentine has a unique place in Tasmania’s history. Elias Churchill caught the last four known Tasmanian tigers from a hut near Timbs Track in 1929. Tiger sightings are few and far between these days, but the valley is important habitat for its carnivorous marsupial cousins – the quolls and Tassie devils. A Tassie nature experience isn’t quite complete without coming face-to-face with the endangered devil. One of the best places to see them is the Bonorong Wildlife Park, at Brighton, just outside Hobart.

The new World Heritage forests were delivered by the Tasmanian Forest Agreement, a historic accord between environmentalists, the timber industry and unions to secure protection of the state’s greatest forests and the future of the timber industry. It also ended 30 years of conflict over the forests.

It delivered the World Heritage extension as well as protection for other spectacular forests including important forests in the north of the state, the Blue Tier and the Tarkine, and Weilangta and Bruny Island in the south. Unfortunately, the new Tasmanian government wants to wind back protection for these forests so they can be logged.

Why any government would want to reignite the state’s most divisive, longest-running battle is a mystery, but don’t let the Tasmanian predilection for arguing about trees stop you from visiting these amazing forests.

The Tarkine, in the state’s north west, is the largest temperate rainforest in Australia. Stretching for half a million hectares from the Arthur River in the north to the Pieman River in the south, the Tarkine is a magic place where you can make a week or two disappear pretty easily.

The Tarkine is home to more than 60 rare and threatened plant and animal species including the Tasmanian devil and magnificent wedge-tailed eagle. There are many areas reserved from logging, and others that are planned for future protection under the historic forest agreement, although the future of these  areas is uncertain. However, much of the Tarkine is also covered by mining exploration licences and is under threat from proposed new open-cut mines, although the recent downturn in the mining sector has stalled some projects.

It also has plenty of great camp spots. The Julius River campground, on the South Arthur Forest Drive south of Smithton, is a cracker of a spot, popular for campervans, offering easy rainforest walks and a nightly glow-worm spectacular. The nearby Lake Chisholm sinkhole walk is particularly special. The Sumac Lookout, on the road to Julius River, has expansive views over rainforests and the Arthur River. Other great motorhome sites are the spectacular Hellyer Gorge, and the historic riverside settlements of Waratah and Corinna.

Waratah is an excellent place to start exploring this majestic area. This small town, initially built around the tin mine at Mt Bischoff, is recognisable for its large waterfall cascading from under the bridge of the main street.

Drop into the Tarkine Interpretation Centre and gallery before heading south on Waratah Road to the exquisite Philosophers Falls track. Enjoy an easy 1.5-hour walk to the falls through magical myrtle dominated rainforest, but be prepared for the 100 or so steps down to the viewing platform. A short drive west from the Philosophers Falls turn-off is the Whyte Hill lookout, where you will get an idea of the scale of this magnificent forest.

No trip to the Tarkine is complete without a visit to Corinna. This tiny isolated town is another hour down Waratah Road, the drive taking you past the once thriving Savage River township, and the devastation of tailings dams from the open-cut mine. Once past this mess, it is a beautiful drive, on a well maintained gravel road, through ancient beautiful rainforests.

There are many easy walks around Corinna that take you into the heart of the rainforest, where the heady fragrance of sassafrass fills the air, and you can see iconic Huon pines in the various stages of their life cycles.

Nearby is a medium four-hour return walk up Mt Donaldson. As you climb the path through the life filled buttongrass, the meandering Pieman River becomes visible, and at the peak you are treated to a 360-degree view of the Tarkine wilderness including the rugged coastline.

You can hire a kayak to explore the Pieman River and its tributaries, or you can enjoy a serene and picturesque cruise aboard the 70-year-old Huon pine river cruiser the Arcadia II.

Corinna has a range of accommodation, including eco retreats, which are beautifully restored miners’ cottages. There are also  facilities for groups at the backpackers (the old Corinna pub) and camping by the river. The Tarkine Hotel offers a range of meals and a bar including Tasmanian wines in a warm and inviting setting. And departing the Tarkine, don’t forget to stop at the award-winning Hellyer’s Road Whisky Distillery in Burnie.

North-east Tasmania has been attracting attention in recent years, with the spectacular Bay of Fires regularly cited on lists of the world’s best beaches. There are a number of great campsites nestled in the dunes behind the beach, while the dramatic inland high country also offers beautiful and accessible forest experiences.

With a rich living culture for Aboriginal Tasmanians, and a fascinating history of 19th century Chinese tin-mining communities, the Blue Tier and surrounds has a range of easily accessible walks, including some with spectacular views across to the coast, such as Mt Poimena.

The Blue Tier is north-east Tasmania’s most important forest where some fine examples of Eucalyptus regnan include the Blue Tier Giant. Local conservationist Lesley Nicklason has led more than 100 groups through the rainforest to visit this iconic specimen, and work on a track should be completed by October so anyone can find this impressive ancient giant.

While walking to the Blue Tier Giant, keep an eye out for Anoglypta launcestonensis, the delicious-looking snail found only in the upper elevations of the Blue Tier. One of the largest snails to be found in the state, it has a sculptured shell of rich brown with a yellow stripe. In 1999, this species became widely known when it was removed from the schedule of the Threatened Species Protection Act to allow logging to continue in the area.

You can access the Blue Tier via the small town of Weldborough on the road between Scottsdale and St Helens. The rustic Weldborough Pub offers a range of accommodation from cosy hotel rooms, rustic cabin-style lodging or easy camping with amenities and flat parking for campervans. Facilities are available to cook in the outdoor kitchen or you can sample the homestyle pub fare and a range of locally-brewed beer from the tap. A short walk from the pub is a beautiful stroll through fairytale myrtle beech rainforest.

Further south, down the spectacular coastal road that passes the Freycinet Peninsula, is the biodiversity hotspot of Weilangta. Just an hour out of Hobart, this forest is known as one of the best places on earth to see the endangered swift parrot, an Australian species that spends winters up and down the east coast, but only breeds in Tasmania’s eucalypt forest.

Weilangta was made famous by former Greens leader Bob Brown when he launched court action to protect the swift parrot from logging operations. Committed local conservationists and ecologists have worked hard to ensure that these special forests extending almost to the coast are preserved. One of the best ways to experience the forests is through the Weilangta Forest Drive from Rheban to Kellevie. The Sandspit Forest Reserve, on the Sandspit River, is a great place for picnic and has some great short walks into pockets of rainforest. The Thumbs Lookout near Orford offers some fantastic views over the forests, coast and offshore islands.

For more information and self-drive guides for these magnificent forests, drop into the Wilderness Society’s offices in Hobart (130 Davey St) or Launceston (174 Charles St).