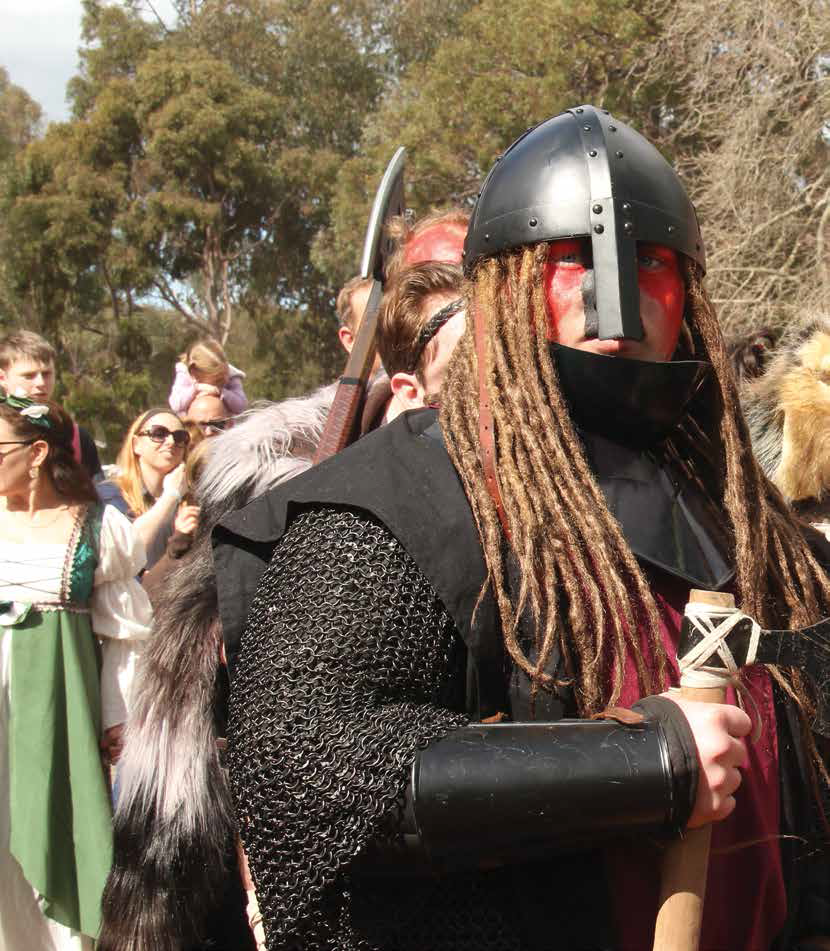 During two days in late August the small WA town of Balingup was the scene of mass carnage - and it seems to have gone completely unreported. Onlookers lost count of how many men, women and children were ‘killed’, ‘wounded’ and ‘beheaded’ during two days of fierce battles that had the normally quiet little town, reeling … or was that yelling and screaming for more? Never fear, this was all in the name of fun and frivolity where the whole town, situated 240km south of Perth, stepped back to ancient times for its 21st annual Medieval  Carnivale. And what a colourful and entertaining event it was.

Clearly, this very different festival is an opportunity to participate in a great theatrical environment and to dress up and let your hair down. And it seems most patrons who came from far and wide for the event did just that! Indeed, there was no room for blushing violets here - it was a weekend of extroverts and role players strutting their stuff and getting right into the whole weird, wonderful and sometimes downright brutal activities that form the Carnivale. 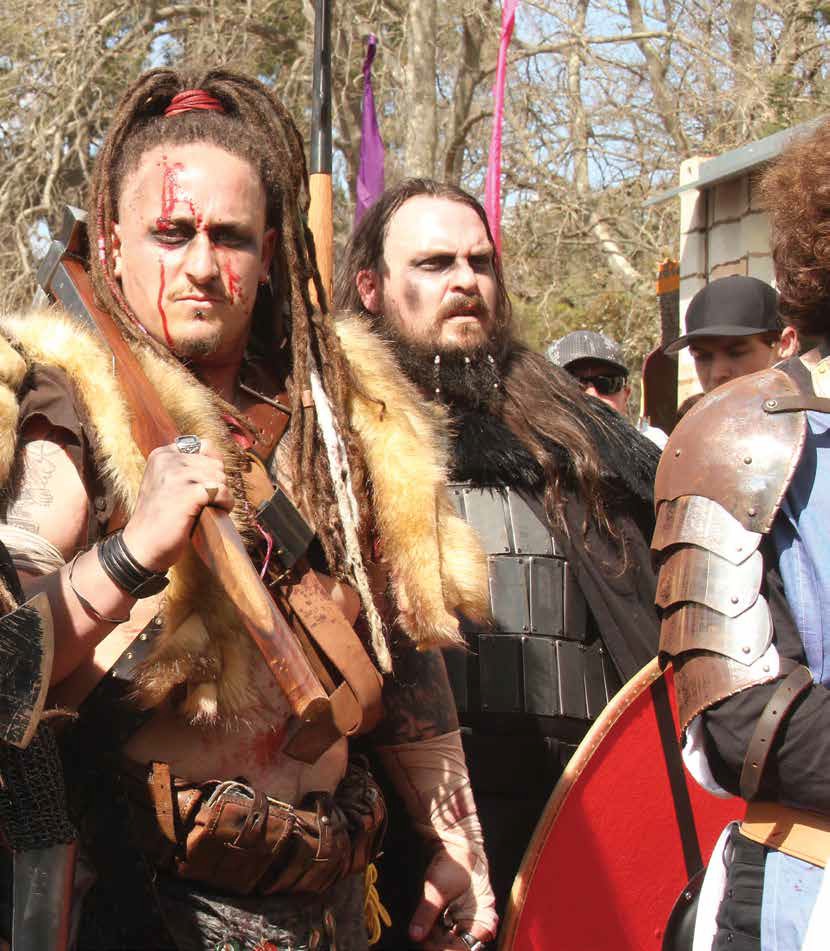 Out on the new purpose-built combat arena, fearsome fights involving knights, foot soldiers and at times women and plenty of kids wielding swords, daggers, clubs and battens took place. It was all part of the show. After each brutal bout there were bodies strewn everywhere! Miraculously, with the battles over, all the ‘dead’ and ‘wounded’ combatants (even those who had been ‘beheaded’) all got up and walked away unscathed to the cheers of the crowd. 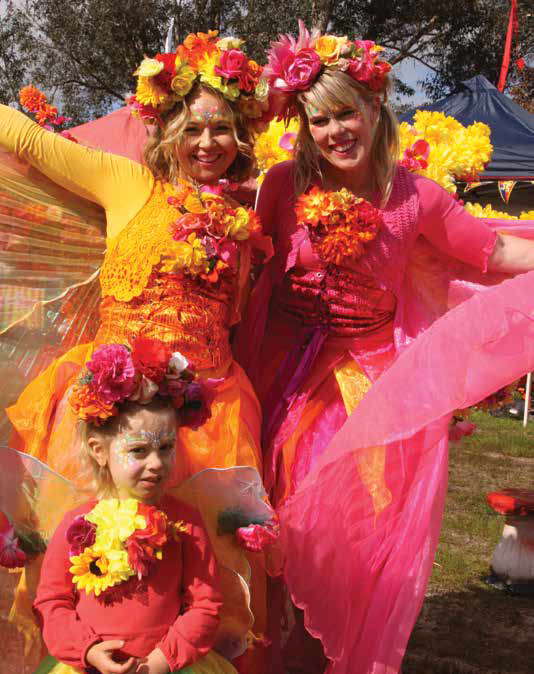 You can’t miss these colourful fairies

Apart from these highly entertaining ‘fights to the death’, there was plenty of other action to be seen and enjoyed around the  grounds. Amongst these activities were continuous archery events with ‘Robin Hoods’ and ‘Friar Tucks’ all part of the show, as well as flame swallowing, jugglers, acrobats, pony, wagon and camel rides, belly dancing, pythons and other demonstrations of reptiles and ancient birds of prey.

Performers wandered the grounds still ‘dressed to kill’ in wonderful costumes and you could not walk a few metres without spotting soldiers, brutal-looking Vikings, court jesters, stilt walkers and wenches strutting their stuff. 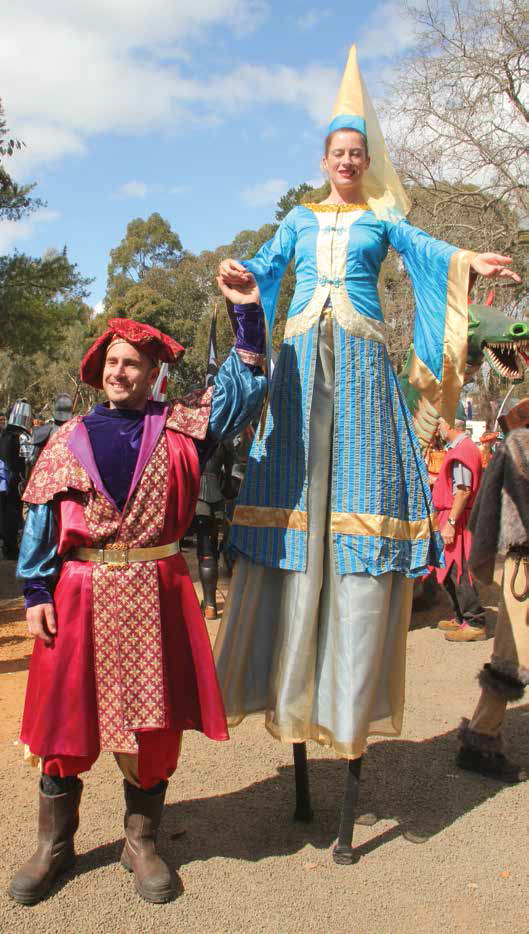 No costumes are out of question, even if it means rising to great heights!

Of course, no Medieval court can exist without its royals, and over the two days the King and Queen of Balingup Carnivale were seen mixing with their subjects and leading the colourful Grand Parade through the Carnivale grounds each day.

In addition, blacksmiths toiled away showing off their craft, whilst medieval ‘villagers’ went about their lives cooking, crafting, and wool spinning while dressed in period costume. They were always ready to stop for a chat with many of the  several thousand visitors who came along to enjoy this colourful event. 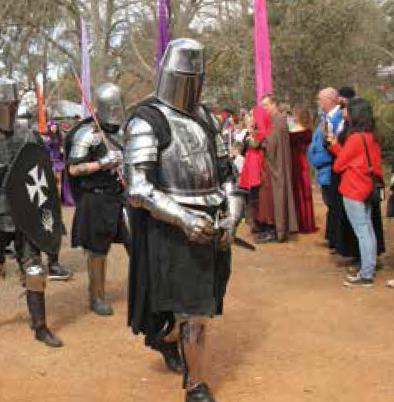 Attendees were also entertained thanks to continual stage performances by Celtic and Irish bands, bagpipes, acrobats, belly dancing, puppetry, magicians, and jugglers which offered plenty of fun and variety.

In addition, there were more than 100 stalls selling a huge range of goods, including pottery, craft, chocolates, and leather work. If you  felt the need to take home a themed souvenir, you could purchase your very own medieval sword, shield, axe, or even a set of armour. There was plenty of opportunity for wine tasting as well as food stalls, and the kids didn’t get bored either thanks to animal displays, and painting and drawing activities. 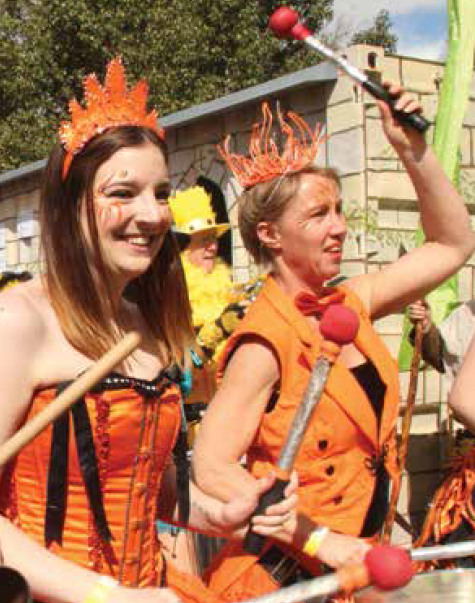 Indeed, the whole weekend was a feast of non-stop action and entertainment, with none more so than on Saturday night when fire  dancing and colourful drummers announced the ceremonial ‘burning of the dragon’ which, in a dramatic and fiery display, was one of the Carnivale’s many highlights.

With another memorable Carnivale behind them, Balingup has now returned to the quiet, delightful little town it always was, but look out for another weekend of colour and mayhem later in 2018 when they will suit up and do it all again. 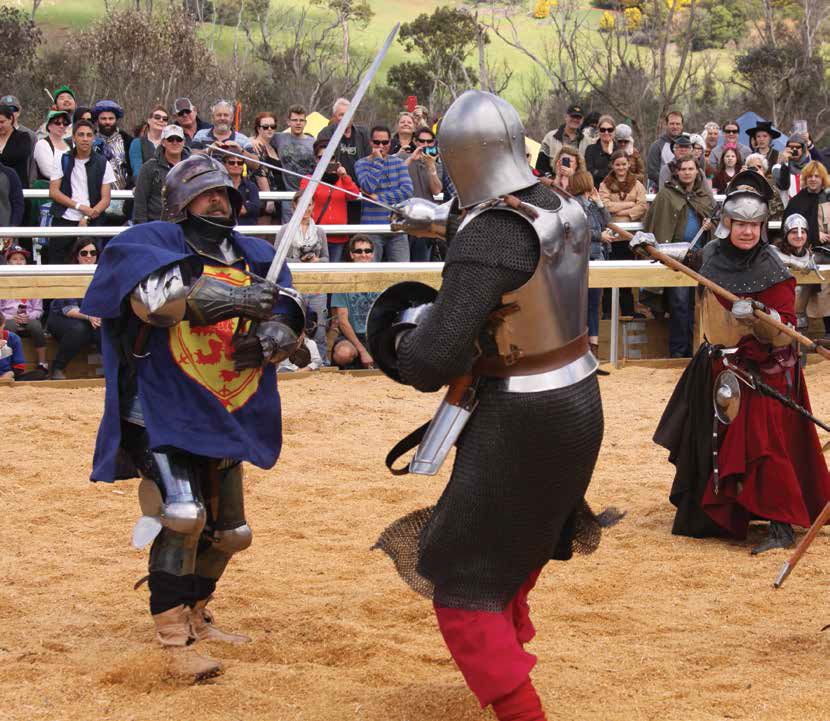 Balingup is located approximately 240km south of Perth on the South Western Highway in Westeran Australia. Space for RVs is available at the town’s Transit Park with additional overflow camping opened up for the event. A day’s entry to Medieval Carnivale entry is $20 or $30 for the weekend. Children under 12 free. The Balingup Medieval Carnivale is held over the fourth weekend of August each year – in 2018 this will be 25-26 August.