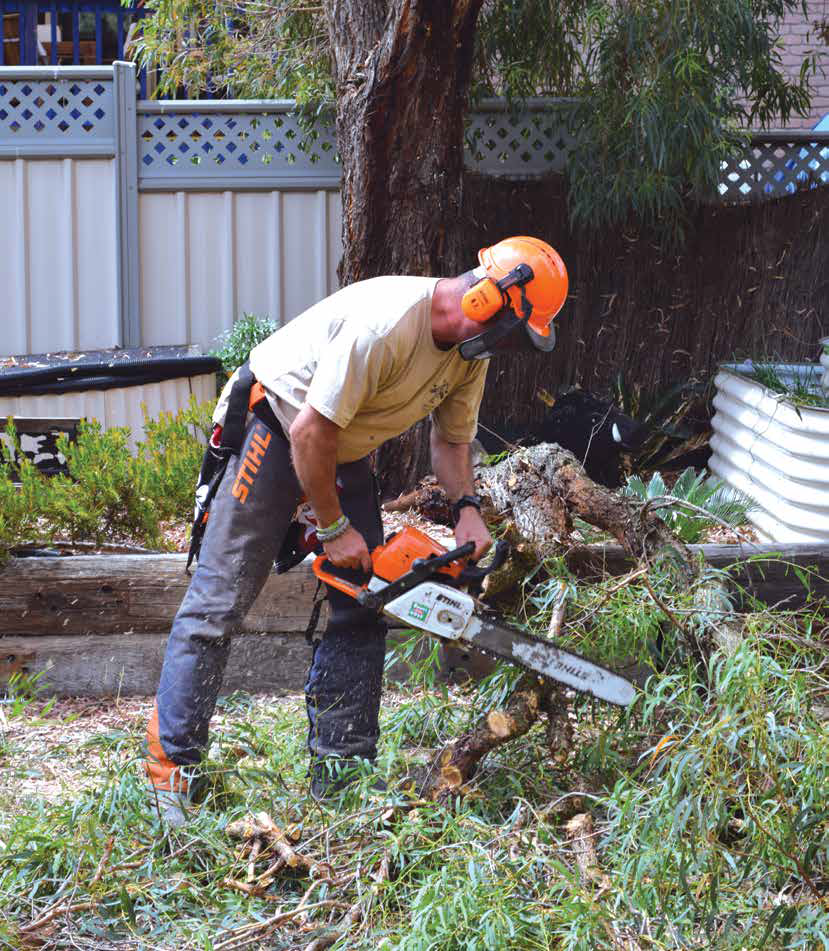 You’ve reached your destination safely. The campsite’s set-up and you’re nestled into your favourite camp chair in front of an open fire. The sound of a gentle wind blowing through the trees is broken only by your family’s laughter and that of the occasional kookaburra.

But this moment of relaxation probably didn’t happen by accident. It’s likely that your trip away was preceded by a period of organisation and preparation. For example, before you left home, you probably charged your batteries, washed out the water tank and filled it with purified water. You may also have had your tow-tug and ‘home away from home’ subjected to one of its regular mechanical services. And, once you hit the road, hopefully you ensured that you stopped every two hours to fight fatigue and to provide  some respite from the anklebiters’ incessant ‘Are we there yet’. The list goes on. Indeed, if you’re serious about trip preparation, you probably have a pre-designated check-list that you consult before leaving home.

We do. It’s called the ‘Magic List’. And when it comes to trip preparation, our list considers the things we’ll leave behind when we hit the road just as much as it worries about the things that we need to take away with us. Specifically, it focuses on the home front. And our aim is to ensure that our home-base survives our time away as well as we do. 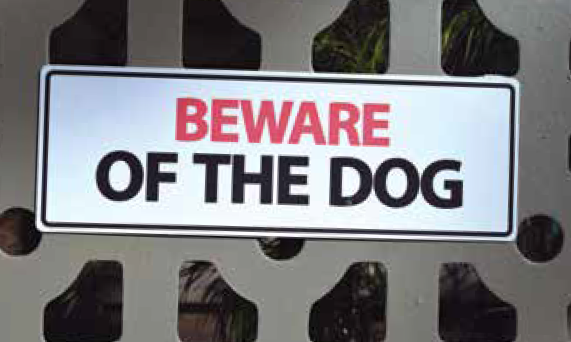 Those of us who choose an overland lifestyle spend more time, than the majority of the population, away from our houses. Not only  that, many of us maintain a 6+ metre-long advertising placard that tells people whether or not we’re at home. We’re talking about the campers and caravans that we park in our driveways, front yards or alongside the house. When they’re in situ, it’s a fair bet that we’re not too far away. But when they’re gone, it’s like we’ve provided a billboard to professional thieves on the look-out for tell-tale signs that our premises are unoccupied.

So, what are some of the measures that we should take to reduce the likelihood of having our homes visited by criminals while we’re away?

Our first defence against would-be burglars are the people who live around us every day. While we may consider ourselves to be the  type of people who’ll share a fire, a beer or our last bar of soap with our fellow campers who we may have only known for hours, how many of us maintain this same collegiate attitude at home among our neighbours?

Creating a trusted neighbourhood community is a great way to enhance our home security while we’re on the road. From collecting mail, putting out the bins, or mowing the lawns – these measures all help to provide the impression that a home is occupied. And if you’ve shared your plans with a trusted neighbour or two, they can provide that helpful set of eyes that can report suspicious activity around your home to the authorities before a criminal act occurs.

Your trailer-mounted Hacienda isn’t the only thing that signals to potential criminals your presence – or absence – from home. In 2015, an Australian study was conducted by The Australian Institute of Criminology of prisoners who had been found guilty of committing home burglary offences. The purpose of this, was to gain insights into factors that made it easier for theft to take place. Two factors stood out. How attractive the property appeared (e.g. its location and whether expensive assets were on show) and whether the premises appeared occupied.

How could the crims tell the difference? Well, they were on the look-out for:

• Rubbish bins left outside on the curb

• No lights turned on inside the house in the evening

• No vehicles parked in the driveway

Simple measures that you can take to reduce your risk of burglary can include:

• Fit timers to your lamps so that they illuminate at night

• Establish a P.O. Box and fix a ‘No Junk Mail’ sign to your mailbox.

Another rather obvious factor contributing to the increase in the risk of burglary is your failure to lock up properly. When asked what were the main mistakes made by residents whose homes were a target for theft; the surveyed burglars most commonly responded with: 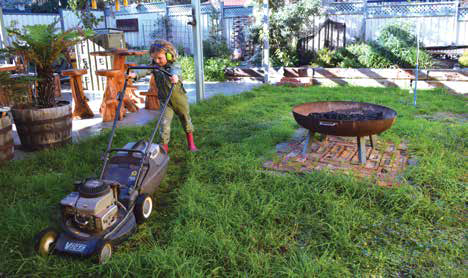 Paying the neighbours kid to mow the lawn is tradition

So, it makes sense to doublecheck that all doors and windows are locked, to lock the backyard gate, and to bolt the manhole cover that leads into your roof cavity. Deadbolts on external doors are also a good idea as they can make it more difficult for a burglar to get out of your home, increasing the chance that they’ll make a noise and draw attention to themselves in the attempt to get out. Consider too, whether your skylight offers an easy point of entry.

The same prisoners were asked what would deter them from attempting to enter a property:

• Visibility of the property from the road – 14%

The answers speak for themselves. Make your home your castle. It doesn’t have to look like Fort Knox. But do yourself a favour and make yours the house on the street that looks occupied when its empty, and that looks like it’s more trouble than it’s worth to a would-be burglar.

Other issues to consider before you leave home include whether you’re prepared for an unexpected environmental occurrence in your absence. Mother Nature can change her mind in a jiffy. While it may be all sunshine and happy hour at your campsite, consider what storms and other weather events could be putting your home under  pressure while you’re happily sipping G&Ts around the campfire.

Here are some measures to consider to ensure your house can fend for itself:

• Trim the branches that could fall on your roof, tie-down the trampoline and remove or secure items in the backyard like outdoor furniture and kids’ playthings. These could become missiles in strong winds. And ask your neighbour to take a walk around your property to check for damage. If your place still looks a mess after everyone else has tidied up from the aftermath, it’ll be obvious to burglars that no one’s home.

• If you live in a flood-prone area, you probably already take precautions against the potential damage floods can cause. Measures may include integrating protective  barriers (like earth berms) within your landscaping around the home, and ensuring that electrical components are installed above common flood levels. 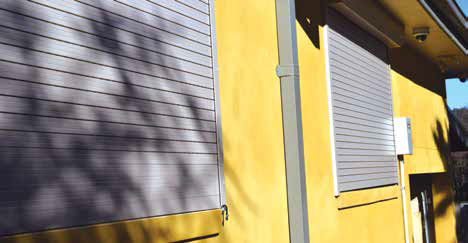 Any home can be inundated with water – regardless of its situation or elevation. Measures to reduce your risk of returning home to a drenched living room – or worse – include:

• Ensure that you clear gutters, drains, and downspouts before you leave home. Clearing blockages and bottlenecks in drainage systems will allow water to flow freely and more efficiently. Ensuring that water drains properly is essential in limiting potential water damage to your home by overflowing gutters into your roof space.

• Make it a routine to check the condition of your roof at least twice a year. If you do, you’ll notice if tiles move – particularly those half-cut tiles that are often found in a roof’s valley sections. A little silicone will stop tiles from moving during a storm, and this in-turn will reduce the risk of water leaking through your roof to stain your ceiling, short-out your lights … or worse.

• If you’ve been observant during rainstorms around your home, you should already know where water flows – and where it tends to pool. If you plan to hit the road, take prudent measures to ensure that any water flows  from heavy downpours, or an over-flowing water tank, will pass around – not through – your house. To protect against minor water incursions, fit door seals and weather strips.

• Things like dishwashers, washing machines and the sort don’t need to be left on whilst you’re away. Not only turn them off at the power point but turn off the water. Personally, our laundry water taps have leaked twice on us in the past and luckily it occurred on short trips. A friend of ours had to replace carpet in adjoining rooms after her dishwasher let go while she was away.

According to the Victorian CFA, in 2017 there were 1,588 preventable house fires in their district alone, causing more than $42 million damage. Forty-two per cent of these were attributed to electrical and heating issues. So, remember to turn off the ducted heating, dryer, dishwasher, microwave and other appliances before you head off. This is a good idea for home safety  as well as to save you unnecessary electrical bills. 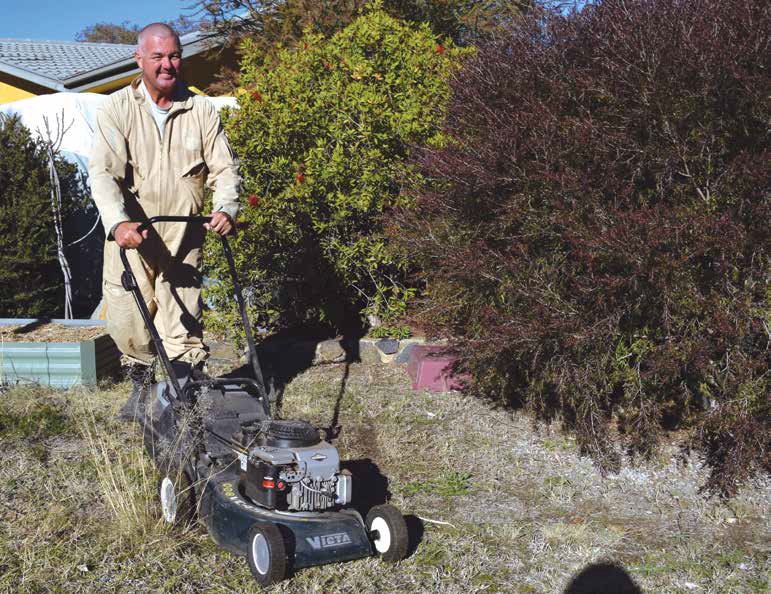 When it comes to the risk of bushfires, you need to be taking a whole-of-property approach. Your susceptibility will depend on your location. The Canberra fires of 2003 demonstrated that city dwellers aren’t immune from the risk. So, preventative measures to consider before leaving home include installing gutter guards, rainwater tanks (to help neighbours douse fires), and reducing the fuel load around your home by raking up the leaves etc. Dry fuel will burn quickly, but damp or wet fuel may not burn at all. Consider putting your garden watering system on a timer.

So, you don’t think that burglary will happen to you? Consider these statistics from the Australian Bureau of Statistics and the Australian Institute of Criminology and you’ll probably think again:

• 20.3% of Australian homes have been burgled at some point

• In 2015, Australia had the fifth-highest rate of burglary in the world. 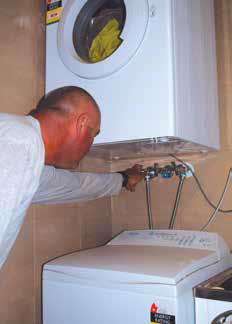 Turn off all water appliances at the wall and the tap

Think you won’t catch a robber in the act?

• In January 2019, a man broke into a Victorian home and stayed for 90 minutes eating, drinking and doing his laundry.

• In 2017 a man broke into a home, took a bath, brushed his teeth, cooked some noodles and used a PlayStation before leaving five hours later.

• In the USA, a pair of men broke into a home, changed its locks and stole valuables over days. When questioned by neighbours at the scene, the men pretended to be there on official foreclosure business – and got away with it.

• Not all burglars are 30-40yr old men. Celebrity Lindsay Lohan was accused of stealing from one of her own friends. Add to this list, policemen looking for drugs for personal use, priests stealing Christmas gifts from homes and 21yo Stephanie Beaudoin who currently holds the title for the prettiest cat burglar ever with over 100 robberies to her credit. 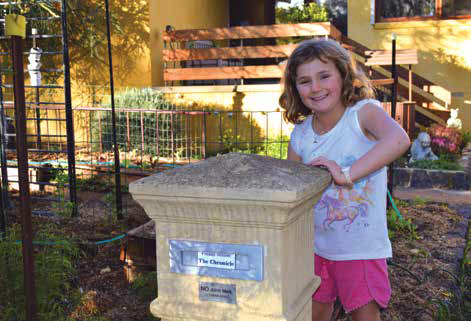 IN THE NATION’S SERVICE

The importance of making a connection with our neighbours can’t be under-estimated. Take this for example. We know of an Australian soldier who was deployed on operations overseas for a few months. In his absence, a professional criminal outfit turned up to his home with a removal van and stripped the premises clean. When the soldier eventually returned home to find all his possessions missing, he asked his neighbours what happened. They replied that they’d thought nothing of it. They simply assumed the serviceman had moved on to a new posting and no longer lived at the address.

Tags: CMCA Campervan and Motorhome Club of Australia CAmper Trailer camper camp travel safeguarding your house while you're away how to prepare your house for holidays check list for leaving your house things to consider before taking off on a road trip how to how to prepare house for natural disasters safeguarding house from bushfires and floods fire protection for houses flood protection for houses check list for road trip
Category: Features
Written: Fri 01 Nov 2019
Printed: November, 2019
Published By: