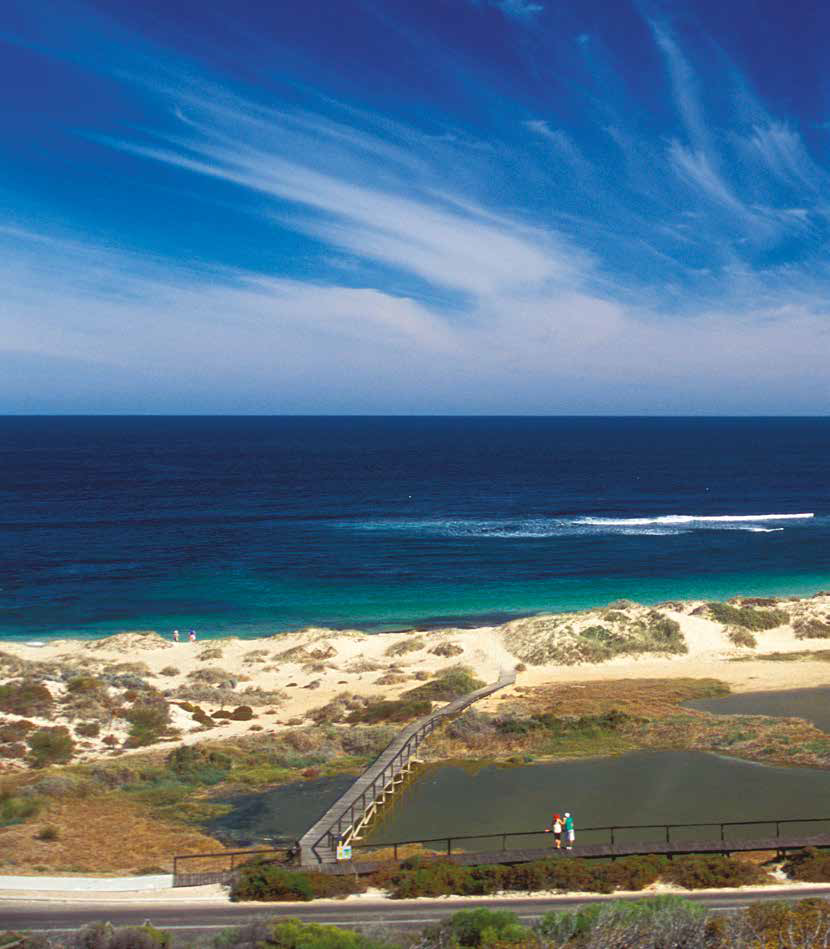 While more and more coastal caravan parks are being turned into commercial developments, four shires in Western Australia have gone to great lengths to preserve a chunk of the WA coastline for future generations to enjoy coastal camping.

The stretch of coast, along the Coral Coast in the Mid West of Western Australia, is a three hour drive north of Perth, an area which sees many RVs pass through via the Brand Highway (particularly during wildflower season) or along the Indian Ocean Drive, meandering through Nambung National Park to see the famous Pinnacles desert.

If this 340kms of pristine coastline existed anywhere else in Australia, the area might be prime real estate for coastal condos and high rises, but the local towns here have made it a priority to retain the coast specifically for the self-drive leisure tourism market, and preserve freedom camping, right on the beach at popular spots such as Cliff Head, or low cost camping at Sandy Cape. 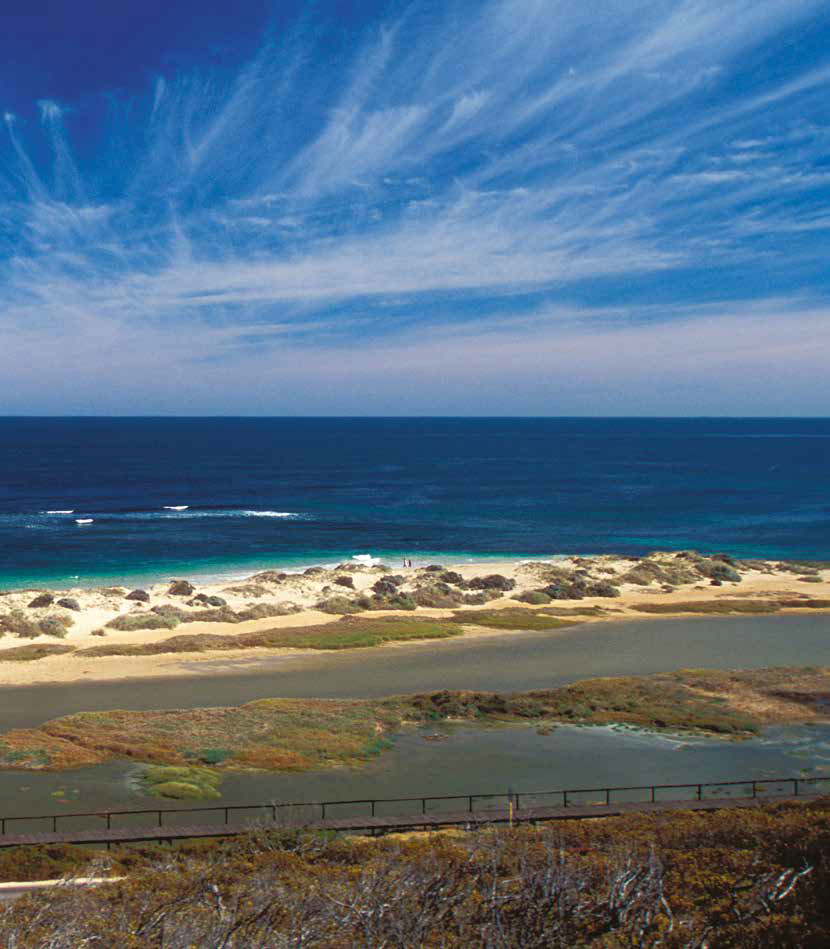 When the shires first teamed up with support from the Mid West Development Commission,  and Tourism Western Australia, seeking funding from ‘Royalties for Regions’ (a government initiative enhancing regional development), the goal was to simply put a serious refresh on the area’s much-loved coastal campsites. This was in order to attract both the self-drive tourism market and fishing and aquatic day-trippers, and open up the region from as far south as the Indian Ocean Drive to the north at Lucky Bay, south of Kalbarri.

The local governments, which share the region’s boundaries, then decided to join forces to make the area a self-drive draw card with a shared commitment to refreshing camping and campground infrastructure.The project was extended to include not only refreshing the sites and facilities, and planting native species of vegetation, but also included the rehabilitation of old access tracks and entry points off the main road to ‘open up’ the Mid West coast and increase access.

Now complete, the ‘Coastal Nodes Project’ is expected to attract an  additional 4,700 people annually bringing an additional $585,000 into the region. But like any new project, it brought with it its own set of challenges, says Nicole Nelson.

“Some local governments received enquiries from residents who were concerned about opening up their favourite fishing and camping spots to the nation, but each site is well separated from the next, so there’s lots of privacy and lots of sites on offer.” She says, “this project is also quite rare in that four local governments in two development  boundaries have worked together in one development”.

“It did mean regular meetings were not always possible in person, so there were constant emails, and regular phone conferences being sent to the team to ensure everyone was on track.” 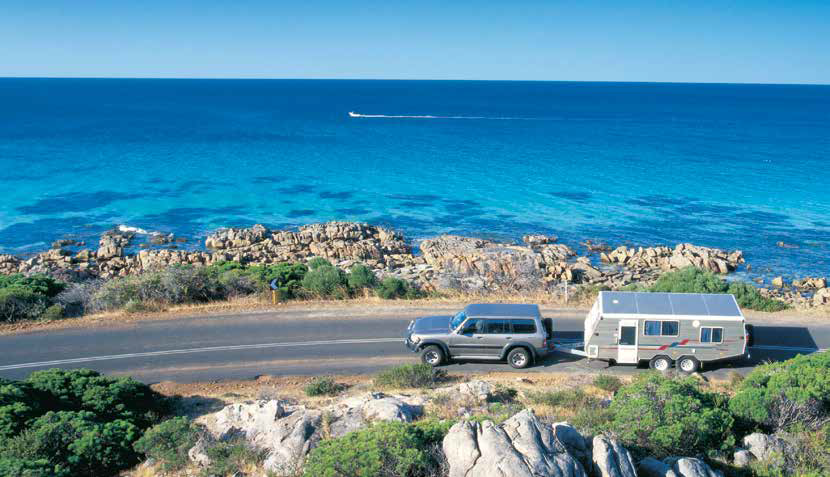 Travelling the coast in Western Australia

Nelson also adds that the locations proved to be tricky to redevelop, as they were without both water or power, and had limited accessibility, meaning everything needed to be carted in, “products were specifically designed to ensure protection from  the elements to ensure they were low maintenance, because the infrastructure needed to be able to stand up to the harsh coastal conditions of wind, salt and rust, and withstand the test of time.”

The project is one of six priorities identified within the Mid West Tourism Development Strategy 2015-2025, which focuses on increasing accommodation capacity from camping through to resorts, and opening up day use sites - places previously overlooked or under developed.

She says other priorities include opening up the Abrolhos Islands to visitors and the Kalbarri National Park iconic skywalk, which is currently underway.

So far, Nicole says, they have received overwhelmingly positive feedback.

“The response has been extremely positive with users doing all our marketing for us on social media, including drone footage of the locations placed on YouTube.

“All sites are being well utilised and users are supporting the participating local governments by purchasing their supplies from the nearby towns of Kalbarri, Northampton, Dongara, Port Denison, Leeman, Green Head and Jurien Bay.”

She says the collaboration allowed the local governments to develop great working relationships, so they can look for ways in which they can include the whole Mid  West region, working alongside the Mid West Development Commission and Tourism WA in attracting visitors as well as creating economic benefit to the region.

As the Project Manager, the Shire of Irwin has also spoken at several tourism and local government conferences to inspire other regions to work together to achieve similar great results.

“We are proud to have lead this project, it’s great to identify a need, but to successfully see the project to completion is another thing. It has taken us several years of  careful planning, talking to the right people and collaboration, and we’re now seeing the benefits through visitors’ positive feedback.

“To make a difference we needed the entire region to be RV friendly, not just one town, and are confident the RV market will travel from the other side of Australia to support the region and travel the beautiful coastline.” 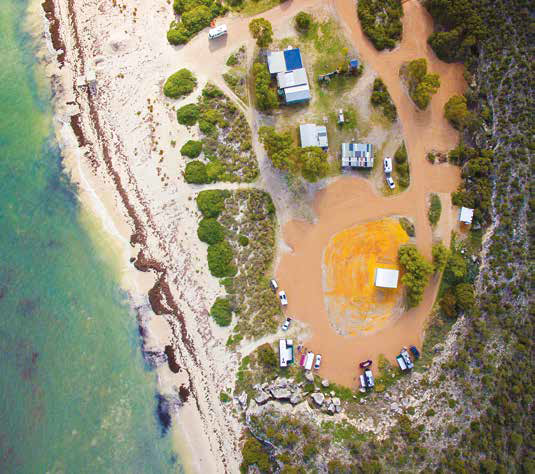 An aerial of Cliff Head

The concept is one Tourism Western Australia was quick to support.

“Along its 12,500 kilometres of coastline, you’ll find some of the most stunning World Heritage scenery, once-in-a-lifetime wildlife encounters, and endless opportunities for beach holiday memories.

“Camping in WA is a great way to immerse yourself in the world renowned natural wonders and diversity of Western Australia’s coast.”

For the Shire of Irwin, the campaign has shown how with a bit of collaboration, and a lot of hard work, coastal parks needn’t be resigned to redevelopment, and how big thinking from small towns is opening up entire new areas to the RV market. 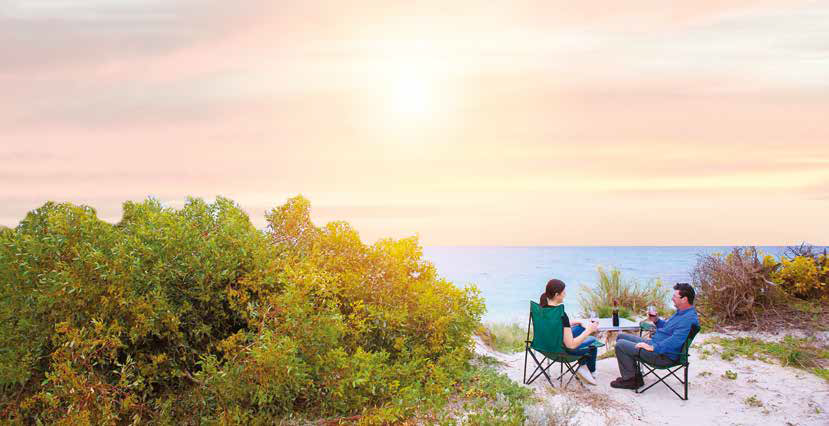 The Shire of Irwin is a local government area in the Mid West region of Western Australia, about 50 kilometres south of Geraldton and about 360 kilometres north of the state capital, Perth.