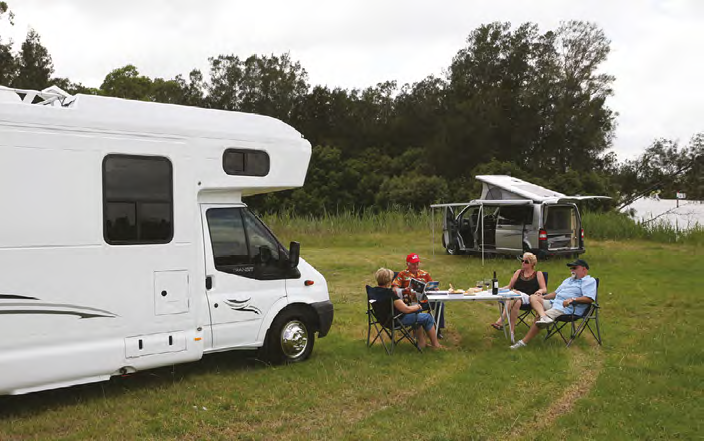 Well, we reckon this is somewhat of an exciting milestone in the CMCA’s history. Thirty years since the club was founded by Don and Erica Whitworth and nearly 30 years since the first The Wanderer magazine was published. The club has certainly come a long way since those days, as has The Wanderer, which was probably initially produced on the Whitworth typewriter and was a much smaller publication than we have now. These days, of course, if a new magazine was being started, there would be no paper at all and it would simply be a digital magazine. Motorhomes and base vehicles, too, have changed considerably in that time, as we ourselves can testify.

We must admit that KEA Campers is not quite as old as the CMCA but our involvement with the club almost goes back to when our company was founded in 1995. In those days we were very much a rental operation but we subsequently went on to establish our own motorhome manufacturing company as well. We reckon we quickly gained the reputation of having the most prestigious campervan and motorhome rental fleet in Australia. Indeed, we had everything from two-berth Ford Transit campervans to good sized four- and six-berth units. Quite uniquely at the time we also had our well-known  VW-based 2+2 flip-top campers and the groundbreaking Toyota LandCruiser offroad campers that went places that other rental motorhomes couldn’t.

In 2006, one of our achievements was that KEA NZ became the first Trans-Tasman campervan/motorhome manufacturer to satisfy the necessary government requirements in order to export duty-free motorhomes to Australia.

Such was the quality of our motorhomes that we were able to market them as new private vehicles with very little design change. Indeed we know that there are quite a few KEA owners still touring Australia very happily in style and comfort.

In our earlier years, much of our motorhome fleet was based on the Ford Transit, both van and cab-chassis but now in Australia we use Mercedes-Benz Sprinters for our two-, four- and six-berth motorhomes. 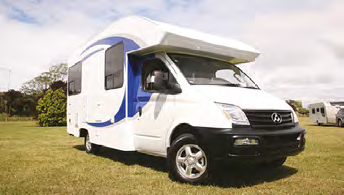 Moving in a slightly different direction, our design team in New Zealand has recently built a brand-new motorhome called a Breeze. It has a couple of notable features, the first being that it’s based on Chinese-built LDV V80 cab-chassis. If that is not enough, then it’s the first KEA design with a drop-down bed in the rear. Another interesting point is that at 6.3m (20ft, 8in) is one of the shortest coach built KEAs ever designed.

Although the LDV truck doesn’t quite have the sophistication of the European light-commercial vehicles, we reckon it has considerable potential for our rental fleet and still be suitable for New Zealand conditions. A feature of the drop-down bed is that it’s hand operated – very easily, too, and no need for complicated electrics. It has also allowed us to retain that quintessential feature of many a New Zealand designed motorhome – a club lounge in the rear surrounded by windows.

In another fi rst for New Zealand, we have done a deal with our British affi liate rental operator and are now importing little-used German-built Roller Team motorhomes. If you want to try these out, then you may just have to enjoy a holiday in New Zealand.

Back here in Australia, our two-berth and multi-platform four- to six-berth motorhomes are still available from our local dealers. As noted above, both are based on Mercedes-Benz Sprinter vans/ cab-chassis and are built with plenty of design experience behind them.

On the club front, we at KEA are proud to have been associated with the CMCA over a number of years. Indeed we are very pleased to be a major club sponsor, in particular with the essential dump point scheme. Australia is a big country and being able to assist with the placing of dump points and the RV Friendly Towns initiative is something that it’s been good to be associated with. Long may we have the privilege of being travellers along the same roads.