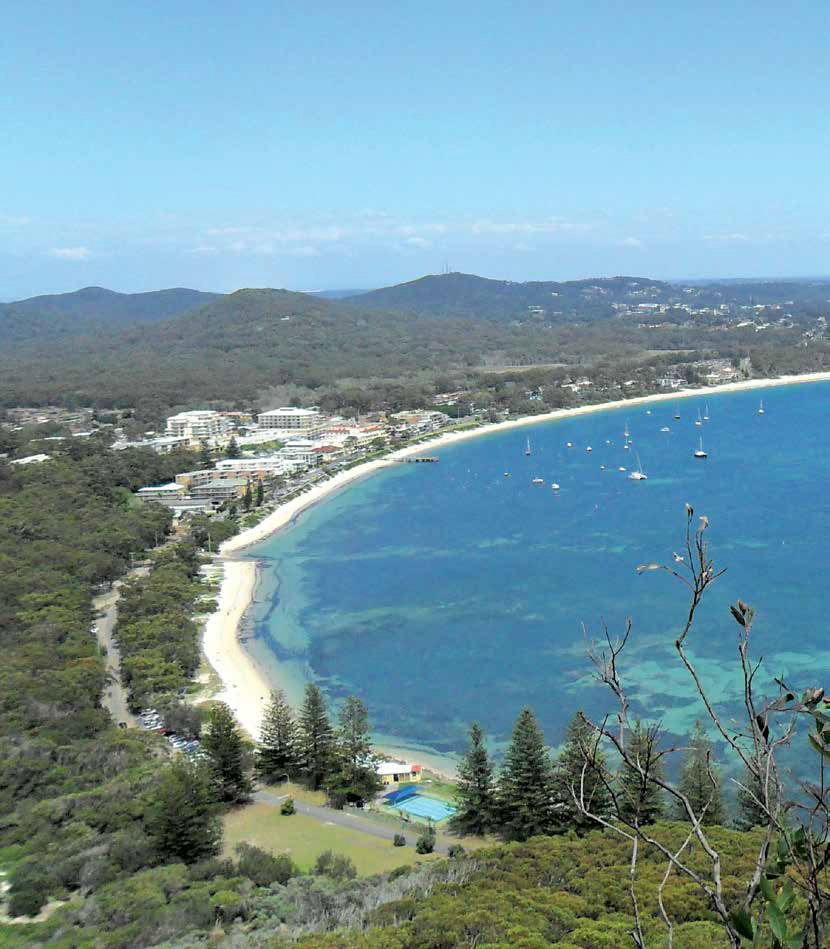 One of many ‘dots’ on the motorhome’s well-used map. Shoal Bay, NSW

My travelling partner and I originally considered buying our own motorhome, but we could not afford the capital outlay or ongoing expense. After realising many motorhomes are used for one long trip, or just a couple of times a year, we thought why not invest in a part-share? Fortunately, there were others interested in a joint purchase, and we shared the initial capital cost and running expenses via a syndicate, which we named RVShare. The arrangement allows part owners access to the motorhome two or three months each year. The syndicate’s first purchase was a Winnebago Leisure Seeker in 2011, and after a very successful four years, we sold it (with more than 200,000km on the clock). We had originally predicted that, with a good resale, it would have cost us under $50 a day to operate (with $200 insurance excess). We actually did better at $46 a day, compared with hiring at $240 a day, with a massive insurance excess. 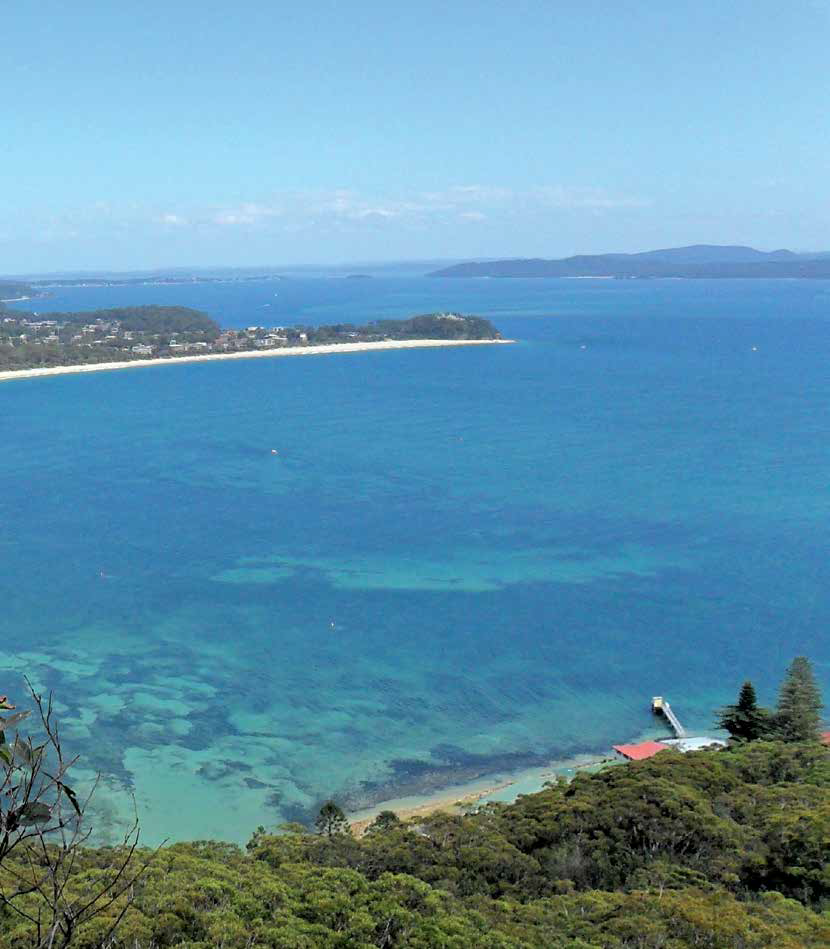 In 2016, we continued with the scheme with some new owners, and purchased an Avida Esperance, the 26ft model, with the slide-out and island bed, on an IVECO 3L auto turbo-diesel. It is fully equipped and we have added many extras, such as a barbecue, generator, solar panels, roof fan, tables and chairs, security door, windscreen  reflectors, CB radio, ground matting, privacy screen, inflatable kayak, and a 4WD towed on an A-frame. 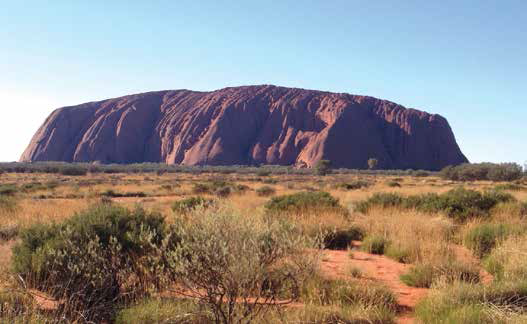 Scheduling has worked out well, with some owners taking their time in separate months, or choosing to have none in one year, and extra months the following year.

The system is set up legally with one of the owners acting as voluntary manager (me) with a common fund, like a body corporate, to cover registration,  insurance, maintenance, service, tyre replacement and cleaning. We have meetings twice a year to discuss the scheduling and improvements, and to set the common fund contribution.

The timetable is on Google calendar, accessible to all owners. Our meetings are more social barbecues, and we have all become close friends. Most were originally from near the Sunshine Coast, but now we also have Kiwi owners, who spend some time in Australia each year. We are flexible in scheduling and have had little trouble in satisfying requests. The last three days of any usage is reserved for servicing, maintenance, cleaning and so on. We do not have a requirement for storage, as the motorhome is on the road most of the time – diesels are best kept running. Four or five owners at any one time is ideal, as any more becomes a little difficult to coordinate. 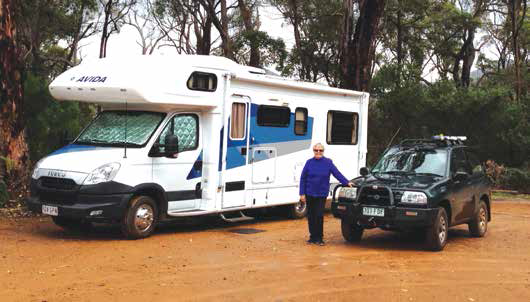 The RVShare motorhome on one of its many journeys.

The ownership has changed over the years, with shares being transferred, and restrictions (like no smoking) set out in the legal agreement. Since the start, we have had 16 couples participate. Because we all own the motorhome, everyone looks after it, it is always returned in immaculate condition. We have a set of hints and operating instructions that is added to after each trip.

My travel companion and I personally love free camping, and are impressed with the increasing number of CMCA-sponsored dump sites. About one day in five, we book into a caravan park to recondition, do the washing, refill the water tank, dump the dunny and buy our supplies. We certainly support the growing number of RV Friendly Towns and ‘Leave No Trace’ policy. Previously, at any place we stayed for a week or more, we left the motorhome set up in a caravan park, and hired a car to get around and explore the region. To give more flexibility, we now  have the small 4WD Vitara on an A-Frame, which some of us flat-tow. It is easy to tow, and you don’t even know it is there – except when you want to reverse!

We also try to organise remote changeovers to prevent having to bring the motorhome back to the Sunshine Coast, thus reducing kilometres on the road and time away. So far, we have had changeovers in Cairns, Hobart, Launceston, Melbourne, Adelaide, and Perth. 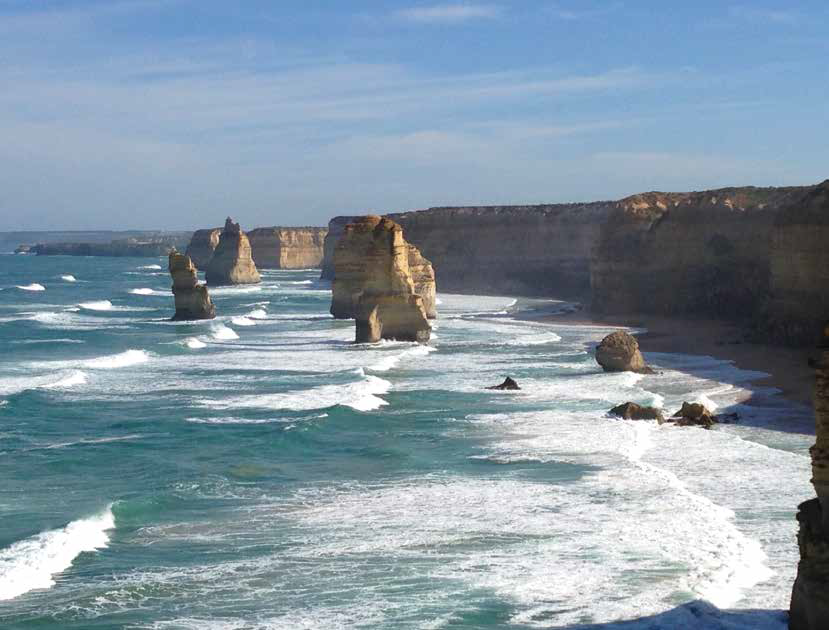 My travelling companion and I have done a three-month trip around  Australia, spent two months in Tasmania, two months up to the tropical Daintree and to the tip of Cape York, and two months up the Centre of Australia. Last year, we spent time exploring southern WA, around Albany, Esperance and Margaret River, which we had missed on our rather rushed trip around Australia!

Towards the end of 2016, one of the owners travelled from the Sunshine Coast and transported the unit across on the Spirit of Tasmania, and explored Tasmania. They then handed it over to us in Launceston. We spent our month in Tasmania and passed it on to other owners, who had their turn around the island and brought the motorhome back on the Spirit. The next owner took over the reins in Melbourne, and travelled to the Nullarbor, and up the west coast before returning back to home, where the motorhome was serviced and fitted with new tyres after nine months away.

After the three years are up at the end of the year, we plan to sell the Esperance and the Vitara. If there is not sufficient interest in continuing, we will reluctantly close the scheme (unless someone wants to buy it). Advancing years and medical issues have forced the decision, and overseas travel beckons. The coloured tracks on the motorhome’s well-used map show that almost everywhere in Australia has been visited. The owners, both past and present, indicate they would probably not have had the wonderful motorhome experience without RVShare.

It is amazing the number of articles and photos in magazines that trigger memories of our visits; so I’m returning the favour with a selection of our own ... no doubt many readers will be able to identify them without the need for captions.