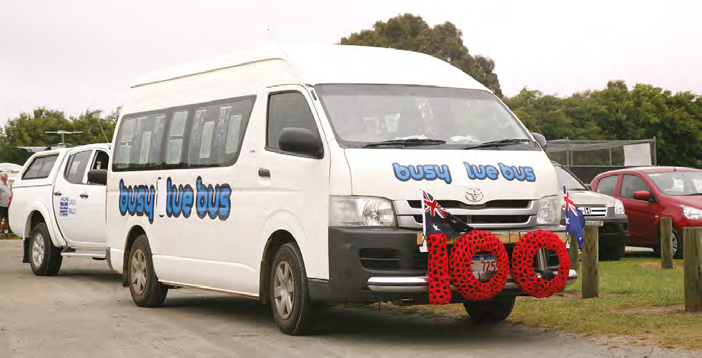 Not long after arriving at the Albany national rally KEA Tracks was somewhat surprised when we heard the Last Post being played. Normally heard a great deal around Anzac Day and daily at places as diverse as the Australian War Memorial in Canberra and the French village of Ypres, it was unusual.

We were planning on spending a few days at the Albany rally and while the possibility of spending a day or two crossing the Nullarbor Plain was an attractive thought, the time involved with being out of office was another matter entirely.

In the end we accepted our own advice – oft seen in this column – and flew to Perth to pick up one of our own rental motorhomes from the helpful staff at our Perth depot. In many ways the versatile 2+1 van would have suited our purposes quite well but we opted for the larger 6KQ motorhome. That choice proved to be fortuitous. Sadly the rally weather for the time we were there consisted mostly of grey cloud and drizzly rain, so having a  bit of dry interior space to move around in was a definite boon.

We did note that the dull weather didn’t seem to dampen the enthusiasm of too many rally goers and the multitude of rally activities that we looked in on seemed to be well attended. About the only activity that was a bit restricted on several days was happy hour. It was a bit too windy and wet to be sitting outside, although some showed some remarkable initiative. One of the benefits of the Albany rally location was that most of the sites consisted of green grass – an improvement on some rallies which have been windy dust bowls. Another benefit was that the local shops were but a short walk away, indeed some specialist outlets – such as a much needed electronics establishment at one point – were right outside the front gate.

It was clear that rally manager Vincent Calleja and his team had put in a considerable effort to ensure a successful rally. It always impresses us to see the amount of work that the volunteers put in to ensure a smooth running event.

Everything from the maintenance crews to the all-important toilet cleaning is done with a keen enthusiasm. Even when there were problems, a little bit of patience, apart from anything else, usually had the matter resolved. We did like the toilet cleaners’ Busy Lue Bus and its 100 reminder.

Of course, the rally wasn’t the only attraction and the town of Albany and surrounding area had much to offer. Apart from a stunning coastline, there are numerous national parks, wineries, galleries and cafes/restaurants to visit. The last of Albany’s whaling stations closed in 1978 and now the much more environmentally acceptable activity of whale watching happens instead.

KEA Tracks hadn’t realised until we visited that Albany had something of a major role to play in WWI and more specifically the tragedy of Gallipoli. On November 1, 1914, the first convoy of Australian and New Zealand troops departed from Albany. A second convoy left about a month later. For many of the troops on board Albany was their last sight of Australia. One of the reasons that Albany was chosen as the departure point was because the adjacent King George Sound offered a large enough anchorage to form up all the passenger ships and their naval warship escort.

Albany has chosen to recognise this important part of Australia’s history by establishing the National Anzac Centre, known locally as the NAC, within the Albany Heritage Park. Consider spending a few hours here because there are a number of features like the Avenue of Honour, the Atatürk Memorial and the Convoy Walk that are worthy of your time. 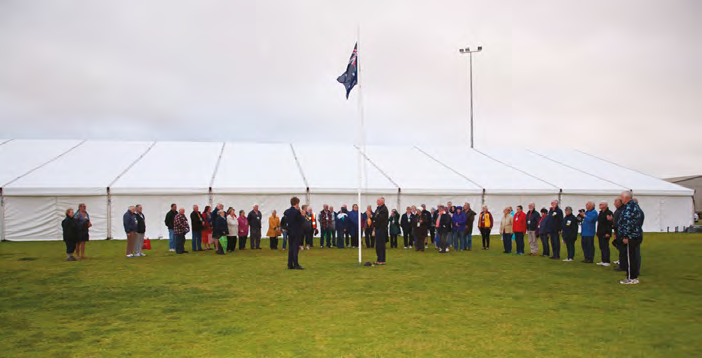 In the NAC itself, it’s been designed with a panoramic window that overlooks the King George Sound. The NAC was opened just over a year ago. It uses interactive multimedia, WWI artefacts, film and audio commentary to tell the stories of 32 soldiers who left on the convoys. Each visitor can take a card with the name of a soldier and follow their progress through the war. Ours was an ambulance officer and he survived the war. Many, of course, did not and others who did come home were unable to live a normal life again.

Which explains why Albany rally manager, Vincent Calleja, chose to have a flag lowering ceremony each evening at 6pm as a time to pause and reflect in an otherwise busy rally day.