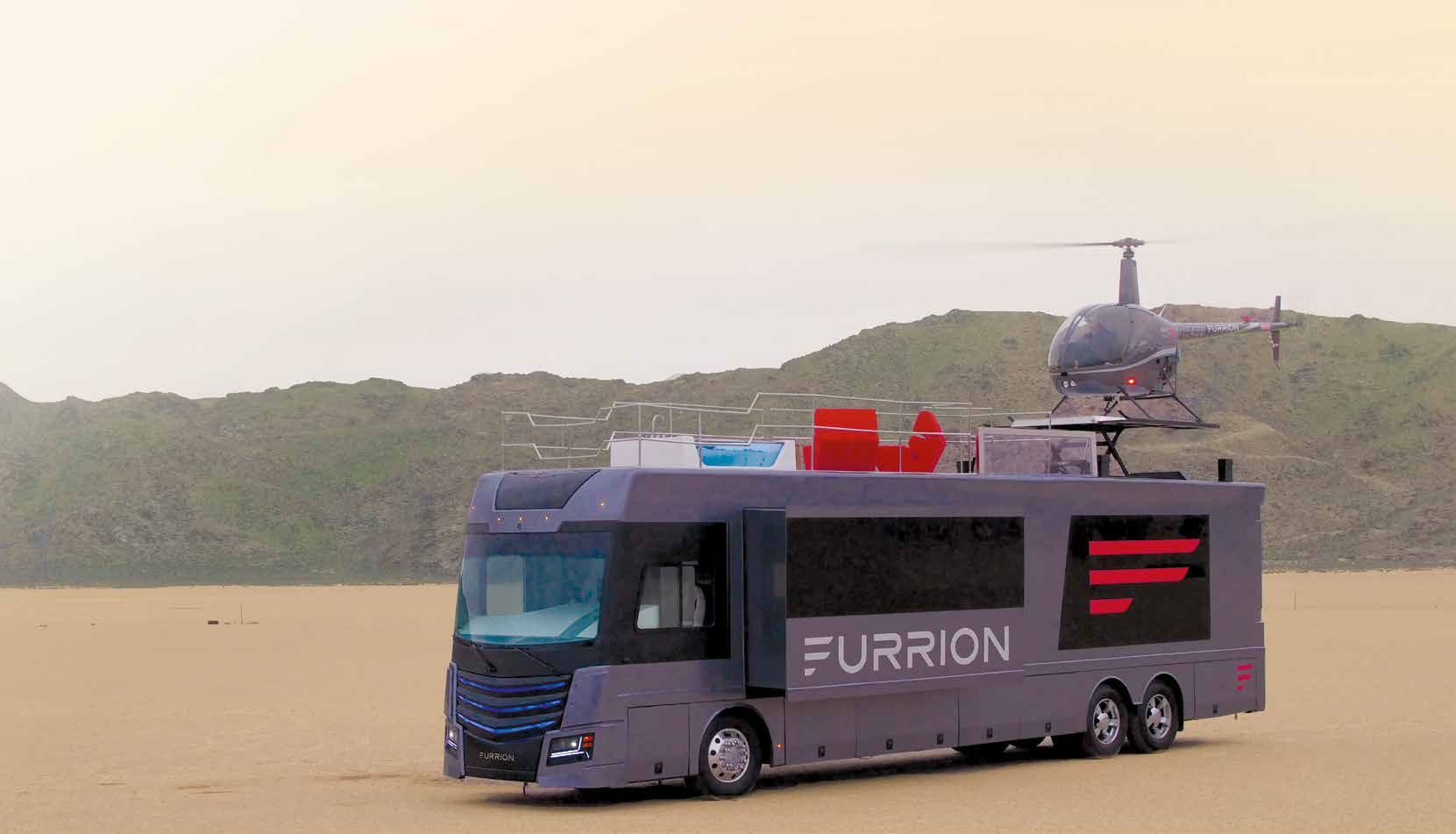 Three young Aussies who have kicked huge goals in the competitive US RV market are about to shake things up back home.

Matt Fidler, his brother Aaron Fidler, and business partner Steven Bell started creative manufacturing firm Furrion in 2004 supplying the US RV sector with appliances, audio visual electronics and energy solutions. After building a solid reputation in the US market the trio have just recently expanded into the Australian market. Talk to Matt and it’s easy to see why Furrion has made such a name for itself. His enthusiasm is infectious and it’s clear to see how he’s built an enviable reputation in the US. In fact Furrion’s influence is such that Matt says manufacturers are completely redesigning interiors based around its products. 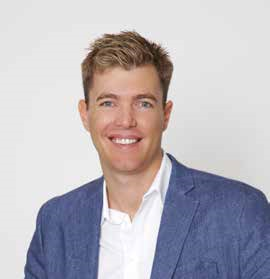 “The US market is advancing very quickly and there is more focus on design and assembly manufacturing. They’re looking to us to help them become more efficient by integrating our technology into larger pre-assembled components.” 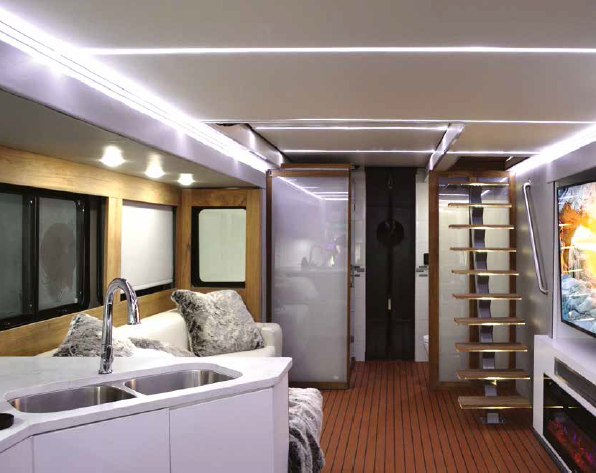 He says its solutions can be applied to other areas too.

“Some of the latest innovations we’ve developed include built-in audiovisual entertainment systems, compact appliances and video surveillance cameras built into the clearance lights.

“We create a new approach to the design and layout of the unit and we think it’ll be well received in Australia because it’s more efficient.”

He says there’s an increasing demand for this type of advanced design driven by a new generation.

“What we want to do is transition consumers into better design and products, and what drives demand is the younger demographic in the industry who want the same experiences they have in the home.”

Matt says the results will be, “more products and connectivity, more functional spaces and a cleaner approach.” 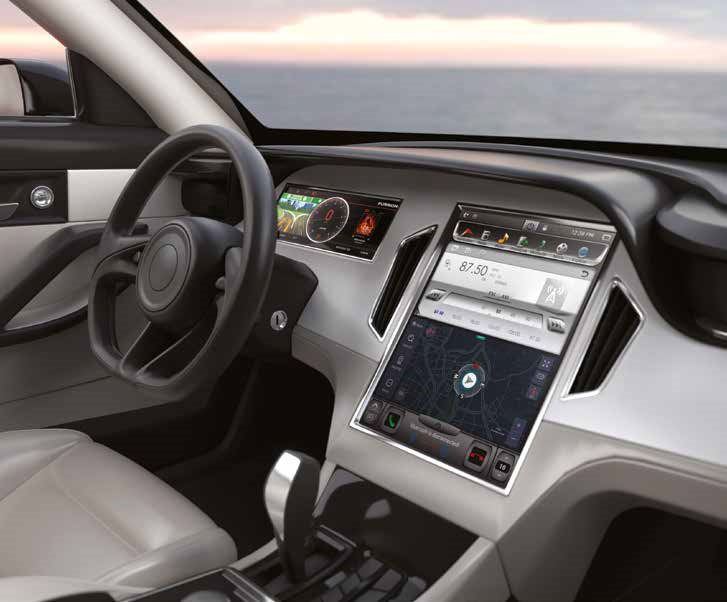 As with Furrion, leading RV manufacturer Horizon is seeing, and clearly listening to, a changing market. 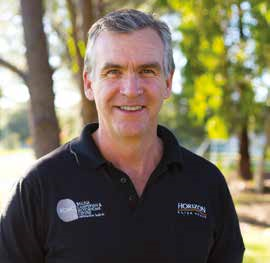 Horizon has been building motorhomes in Ballina in northern NSW for more than two decades and is constantly enhancing, developing and testing models in line with what the consumer wants.

No clearer example of this is in its new Melaleuca Appeal, a modification of Horizon’s biggest seller where it has stripped out to meet a new market looking to get on the road quicker.

“The market is changing and we’re seeing younger people coming into it, more in their 40s and 50s whose children are now independent and they have more free time, but want to start now rather than waiting until they are retired.

“They are more active, and more sporting and outdoor focused, so we created an entire new model to accommodate them with a big boot space and removable panel so you can slide fishing roads and surf boards in the middle.”

He says finance is coming back now too which has changed the demographic, making the motorhome lifestyle more attainable.

“You can get a loan secured against a motorhome so you don’t have to use your home and just have to come up with a deposit so that makes it more affordable for those still working.”

He says as well as a new generation influencing designs, trends are equally having an influence.

“Australians are getting educated with this style of travel and understanding the benefit of having a van-style conversion where you can park in a shopping centre or  in front of a restaurant, so it’s lifestyle travelling .. where you can take off on a Friday afternoon and in one hour you’re by a beautiful beach or making your way through the hinterland.”

Kearney says there’s no denying being a smaller manufacturer makes it easier to adapt to this changing market.

“We keep a close eye on the market and if a model doesn’t do well we can phase it out – we are constantly listening to the market and importantly reacting to that – so as more information comes back we are tweaking the product and evolving, a lot don’t because they are production-line based.” 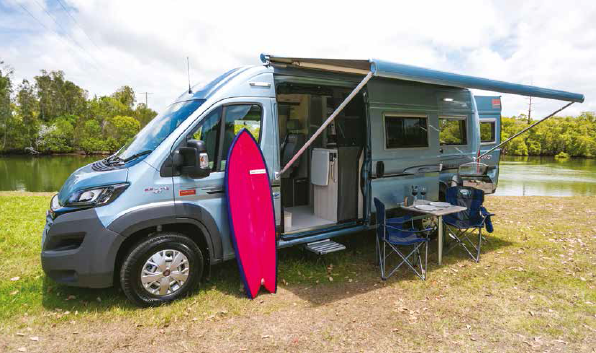 How times change, one of Horizon's newer models

“There is no doubt that technology will play a big part in future caravan design. From new light weight strong construction materials, better battery storage and device monitoring, through to connectivity with the outside world, caravans of the future will continue their evolution to appeal to an ever discerning consumer group. Consumers are leading this conversation with manufacturers responding to market needs.”

Matt from Furrion certainly has big plans for the future of RV design, “glass windows that turn into TVs, drone ports with drones that act as surveillance systems, smart appliances and artificial intelligence - all powered by a Furrion renewable energy system that allows you to be off-grid wherever you are.”

“We’re planning on making big advancements in this space in the next 20 years.”