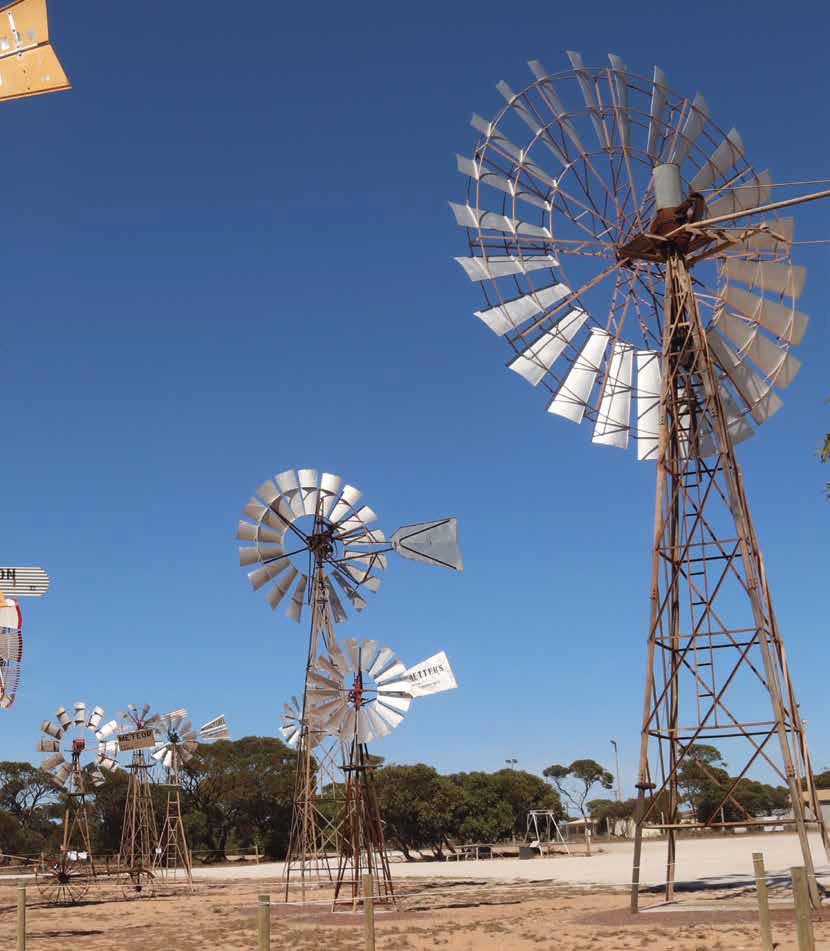 First time travellers crossing the Nullarbor along the Eyre Highway usually have to look twice to believe what they are seeing when they reach the small township of Penong, some 75km west of Ceduna in South Australia.

After travelling for hours on end with little to see in this vast outback region, the sudden sight of dozens of windmills on the edge of this small rural town is a real surprise. Seemingly growing like a sparse, man-made forest, the windmills are situated in paddocks (known locally as ‘Windmill Flat’), and look totally out of place in this generally parched landscape.

Rather than being a blight on the landscape however, the windmills seem to lend a surreal feeling to the dusty plains and vast paddocks that line the main road leading into town.

The windmills, however, are not just here for show or as a tourist attraction for the town, although, as a real ‘curiosity’, they certainly serve that purpose as well!

As strange as their presence may seem, the windmills have, in fact, been a vital cog in the sheer existence and survival of this small community for many years. This is an area where there are no rivers or streams and little annual rainfall, so for over 100 years the locals have had to look to a small  underground aquifer (the Antjutabie water basin) lying deep beneath the surface for their precious supplies of water.

Since the town’s establishment in 1890, local folk in Penong have followed this same practise for each household, or in some instances, a couple of them have banded together to sink their own bores on the edge of town into the water basin, erect a windmill, and run a supply hose to their homes. 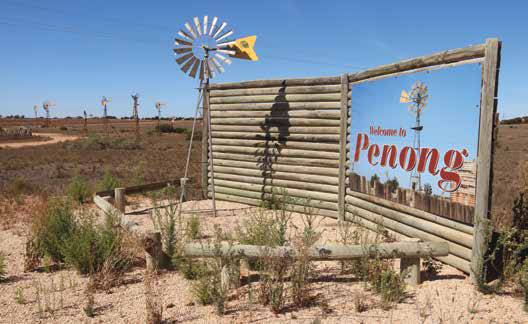 With the abundant winds that almost never seem to stop in this region, the windmills then pump the water from the underground reserves through pipes, like ‘life-preserving veins’, to the local population. The water is also piped to water troughs for stock on the nearby properties – all just another  example of the determination of country folk to make a go of it in difficult conditions in the Aussie bush.

In more recent times however, solar powered pumps have replaced many of the windmills, but in addition the ongoing need for water has dictated that local supplies are supplemented by water tankers bringing vital supplies from a reticulated system connected to the Tod River pipeline 15km east of Penong. 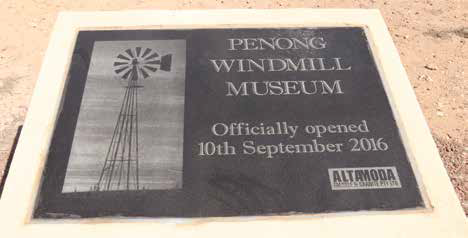 ON THE TOURIST TRAIL

Nevertheless, the town is rightly proud of its windmill heritage and in 2016 the wonderful outdoor Penong Windmill Museum opened just off the main street (the Eyre Highway), featuring a vast array of restored windmills of all shapes and sizes. Made from timber, steel, and other materials, the windmills here (one of each kind are used by farmers across the country) are a must-see for all travellers passing through this historic centre.

When you do call in and check out this ongoing project you will, amongst other things, then be able to claim to have seen Australia’s largest windmill - a Comet windmill (affectionately known as ‘Big Bruce’) which stands as a centre piece to the museum display with an incredible span in excess of 35ft (10.67m) across its blades! This huge windmill, donated by Bruce Nutt from Kultanaby Station near Kingoonya in South Australia, is a great sight indeed at its new home in Penong! 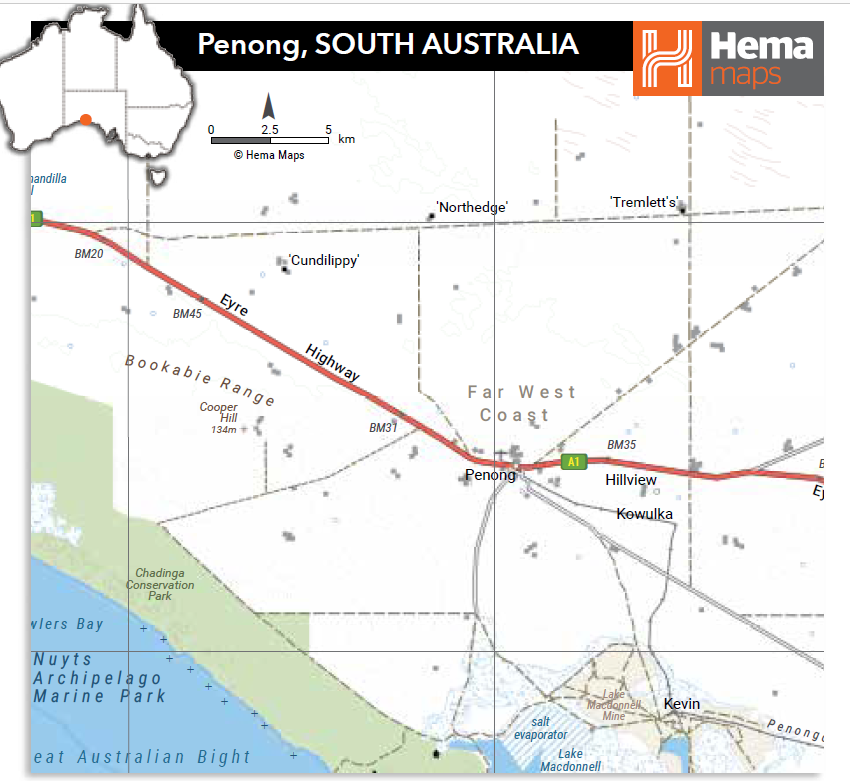 The tiny wheatbelt settlement of Penong has a population of just 215 people and is located 73km west of Ceduna, 540km from Port Augusta, and 843km north-west of Adelaide. Penong is believed to be the English spelling and pronunciation of the local Aboriginal word meaning ‘rock hole’.

The town, situated at the eastern edge of the Nullarbor, was first settled in the late nineteenth century, although its existence wasn’t formally recognised until 1915 when the railway line was established. Aside from the local windmills, Penong is renowned for being part of the Nullarbor Links Golf Course (also jokingly known as the ‘longest golf course in the world’). If you’re a keen golfer, and travelling across the Nullarbor, Penong is hole three, and has a par four.