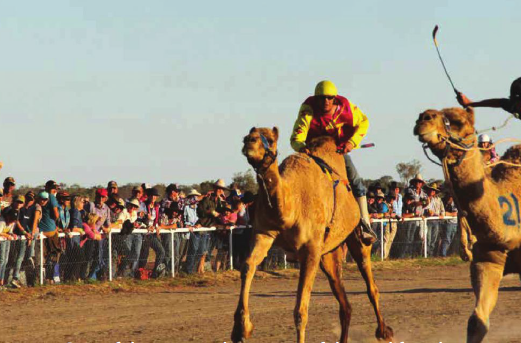 As increasing numbers of retirees, families, couples and singles looking for adventure get out and hit the road, one of the most common dreams is to head' around the block'. Doing a lap of Australia is high on the priority list of many travellers, and given the huge number of diverse attractions Australia has to offer, you can't blame anyone for electing to spend some time enjoying our own great country.

For those who have been doing this for many years, most realise that the more you see, do and discover, the more you realise there is to see; we have a vast country and regardless of how hard you try , you ’ll never see it all .

To add variety and fun to their journeys, many people are adding another layer of interest by travelling with a theme: such was the case with a recent trip we did  over a few months, exploring the high country of Victoria, the New South Wales New England region, outback New South Wales and Queensland, and finally, Central Australia.

While rain did mean a few changes of plan, it didn’t greatly impact our aim or theme of taking in as many festivals and outback events as possible along the way that broadly fitted in with our general exploring objective.

Following a few enquiries and checks on the internet, we accumulated dates and details of a number of events which could fit in with our general travel plans. These included The Man From Snowy River Festival at Curryong, Sheep Races at Booligal, the Iron Fest at Lithgow, Boggabri Drover's Camp, Celtic Festival at Glen Innes, White Cliffs Music Festival, Sheep Shenanigans at Jundah, Big Red Bash at Birdsville, Bedourie's Rodeo, Campdraft, Bronco Branding, Camel and Pig Races, plus a couple of country music and bush port events that we squeezed in along the way. 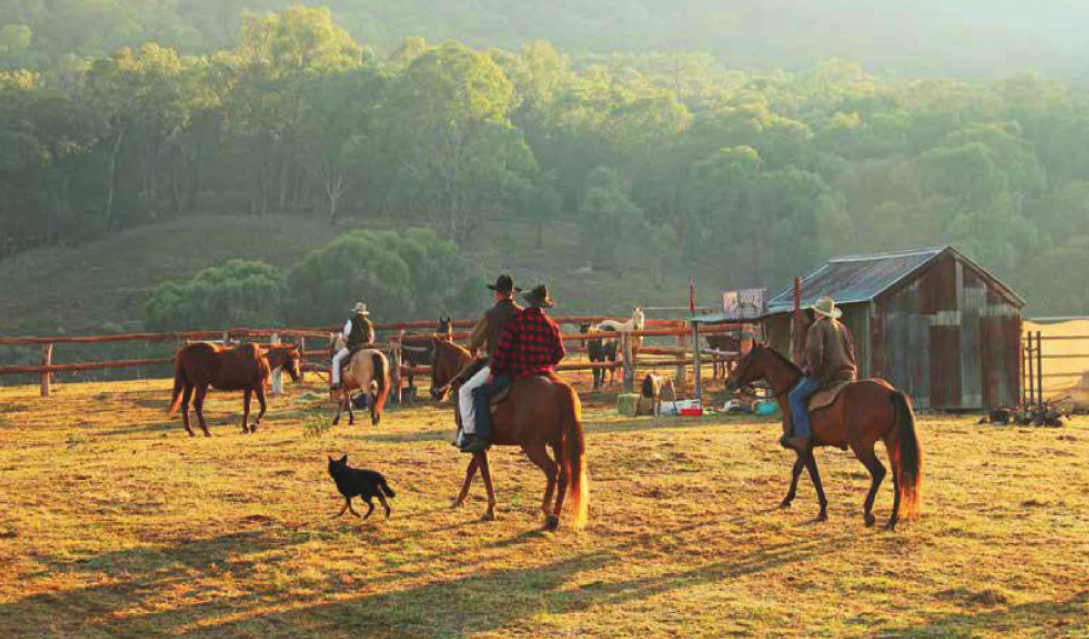 So we got to see and experience the country we set out to explore, but also enjoyed attending these marvellous and eclectic events along the way.

On the road we talked to other RVers also travelling with an additional plan. One family was excited about geocaching - an increasingly popular activity and an interesting adjunct to exploring the Aussie countryside. With a GPS, a smart phone or a tablet with GPS connectivity, and a list of hidden cache sites, players test their navigational skills as they try to locate the next cache site along the way. Check out www.geocaching.com.au for more information.

Depending on your interests, there are dozens or probably hundreds, of opportunities for thematic travel. Doing some research can occupy co-drivers and passengers for hours or even days, so why not make your next trip a themed one? Here are just a few ideas that are giving an increasing number of travellers with time on their hands, another beaut reason to get out there and do it.

Numerous music festivals are held throughout the country each year and, depending on your tastes, you could target country music, folk, jazz, blues or rock! There are some great events that we would recommend checking out, including the Elvis Festival at Parkes and the Big Red Bash at Birdsville.

Bush poets also have a big following these days with dedicated bush poetry festivals, as well as bush poet events held as part of larger music festivals, such as the Tamworth Country Music Festival. 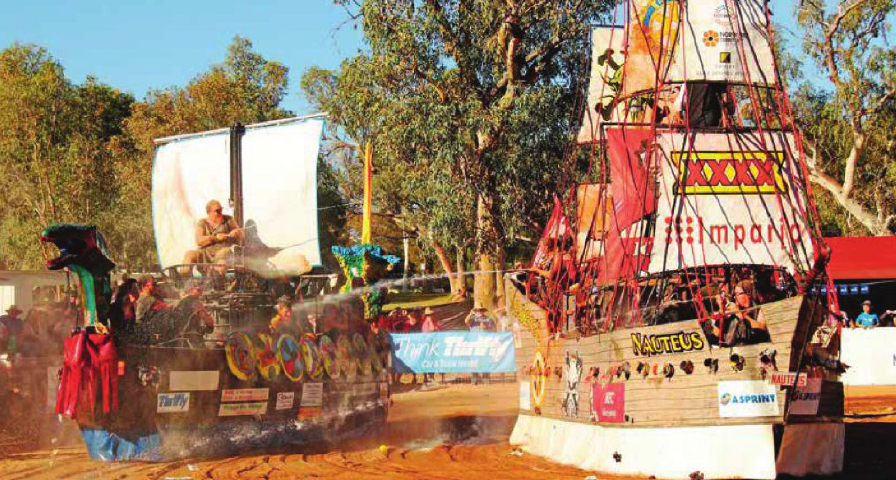 Vikings and pirates battle it out at Henley-on-Todd, Alice Springs, NT

If Australia does one thing really well, it's food and Wine! And there are festivals around the country that showcase local produce, from seafood to citrus, dairy and wine. There are also several great festivals featuring camp oven cooking, such as the popular Australian Camp Oven Festival at Millmerran and the Camp Oven Cook-Off in Bedourie.

Throw in your bowls, tennis racquets, bikes or even golf clubs and have a game/round/ride at each stopover. The Nullarbor Links, a 1365km golf course stretching through towns and roadhouses across the Nullarbor Plain, has become a popular 'to do list' item for golfers heading across the country.

In the right season, stunning displays of wildflowers can be seen around the country, even in the remote outback and desert areas after rain. Western Australia's extensive wildflower trails in late winter and spring have been on travellers' 'must do' list for years. P

Using metal detectors in many alluvial gold fields can be fun and rewarding, especially given the high price of gold these days. You can follow the seasons, too - winter in the northern fields and summer down south.

Gem fossicking attracts old hands and new to gem fields across the country and can result in rewarding finds of all kinds of stones and gems. The Fossickers Way touring route in NSW is a good example and you will find an array of fossicking goodness, including places to hire all the required gear and numerous quaint country towns to explore along the way.

Twitching or birdwatching is a popular activity for many people and ticking species off the list along your route can be really enjoyable, plus it ensures you keep your eyes peeled and open to what's going on around you.

Many rural stations offer the chance to call in and experience a variety of station activities. This can be a nice way to get a feel for what life is like living and working on a farm or station and taking a tour of the property or partaking in some of the activities can prove quite revealing.

A variety of highly entertaining and sometimes novel race events are held throughout the year and attract good crowds. These range from the larger and more well-known rodeos, gymkhanas and camel races, to an array of popular bush races, featuring everything from sheep, pigs, and even crab, frog and yabby races in various places.

IN THE FOOTSTEPS OF EXPLORERS

Retracing the routes of early pioneers and explorers like Sturt, Eyre, Giles, Hume and Hovell, Stuart, Burke and Wills and many more, has captured the imagination of travellers as they make their way across the country. There are plenty of landmarks, touring routes, pathways and points of interest you can map out and use as a unique way of enjoying the countryside. 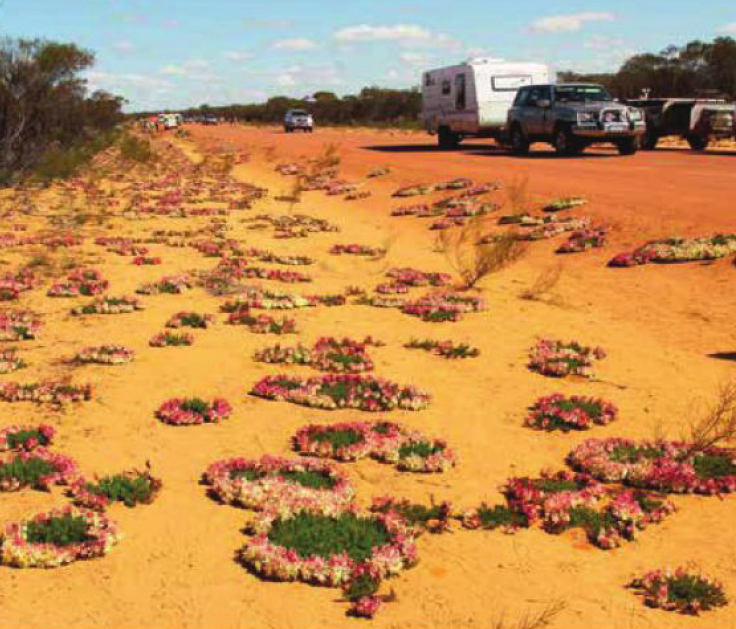 Australia has a number of famous rivers - the Darling, the Murray, the Murrumbidgee and others - that you could choose to follow and create your own touring route. Use the river as your guide and enjoy camping, fishing, the birds and other wildlife, while you explore the small towns and villages along the way. Reliving the life of the paddle steamers and the historic inland ports can be fun, too.