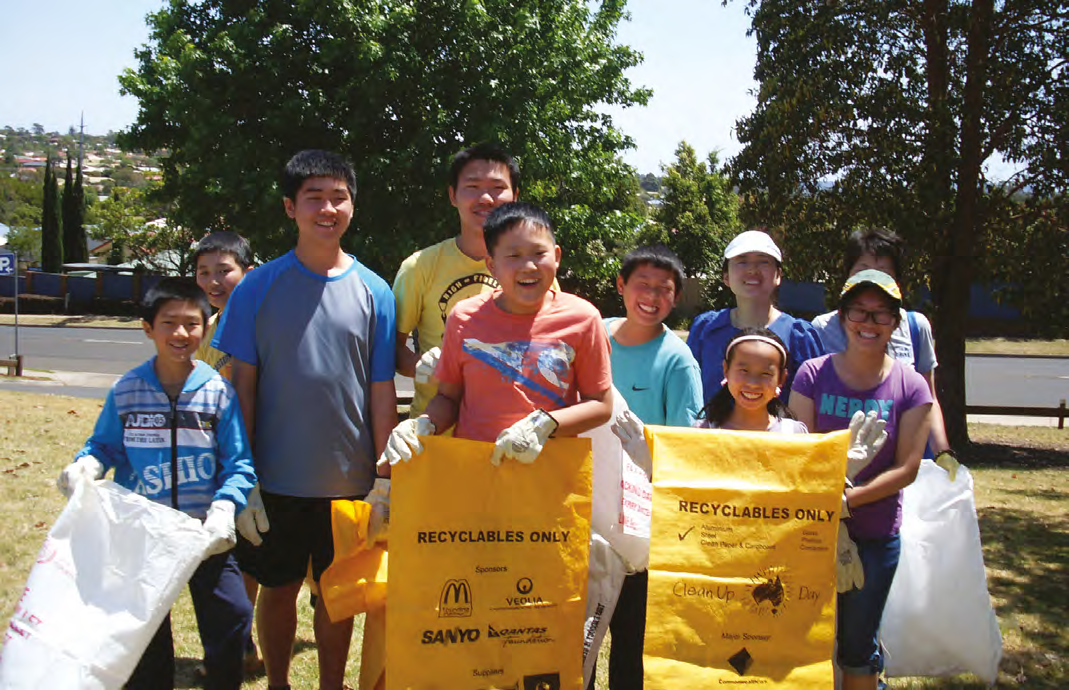 Watching the evening news can easily turn into a vocal bombardment of polarising personal opinions and fear-mongering, with the occasional meltdown of an invited guest. One topic that has caused many people to start going into meltdown on live television is climate change. With scientists slamming statistics in our faces and politicians yelling over one another, it is no wonder the climate change debate is a huge pile of confusion and misunderstanding. But nevertheless there is one thing many people harmonise on: how beautiful and amazing nature truly is.

During one of my recent trips to Queensland’s Bunya Mountains I stood under an immense 100-year-old Bunya pine and closed my eyes. While listening to the distinct whistle from an Australian king parrot and deeply inhaling the rich scent of the forest soil, I came to realise the importance of preserving the natural world. There is literally no other place on Earth that can resonate the magnifi cence of the Bunya Mountains. And this is true for all ecosystems. So no matter what your understanding or opinion of climate change, there is no doubting that nature and the environment should be preserved.

To aid in this effort I joined HOPE Australia, a communitybased not-for-profit environmental group based in Toowoomba, Queensland. Householders’ Options to Protect the Environment Inc. (aka HOPE Australia) is taking action to reduce the demand and impacts we place on the environment. 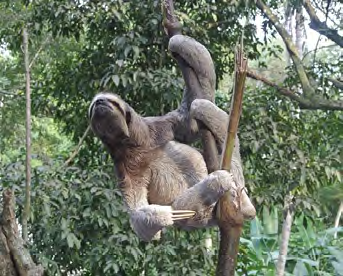 The aim of HOPE is reflected in its slogan: Think globally – Act locally. HOPE encourages people to address global environmental issues, starting at home, by taking responsibility for their relationship with the environment in their daily lives. HOPE envisions a society that is ecologically, economically and socially sustainable.

Back in 1988, in Mansfi eld, Victoria, Janet Mackenzie initiated a movement of sustainability at the household level, by giving a talk at an adult education centre. Janet called her talk ‘Hope’: she lit a candle to spite the dark. She believed that ordinary people  can utilise their own unique talents and can make a difference. She believed that there is always hope for a stronger, much healthier environment. 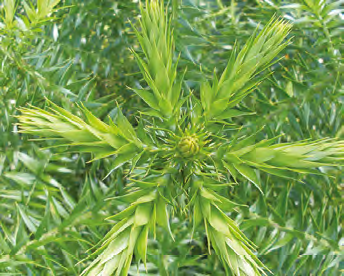 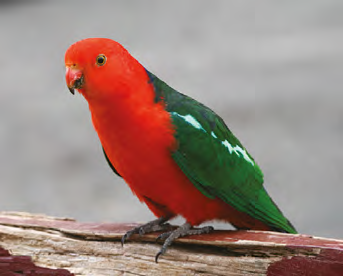 HOPE is currently led by the impressively passionate and charismatic Frank Ondrus. Frank’s love for the environment may have come from one of his many bushwalks in Victoria’s stunning national parks or from one of his visits to the Melbourne Zoo when he was a child; and now he fi ghts to keep the natural world pristine and safe. Since joining HOPE in 1993, Frank has grown to appreciate the power of education and cooperation on the local, state and national levels.

HOPE distributes literature and actively participates in community events to raise awareness of current environmental issues, to educate people and to suggest how these issues should be approached, and to show exactly how easily sustainable living can be done at home. 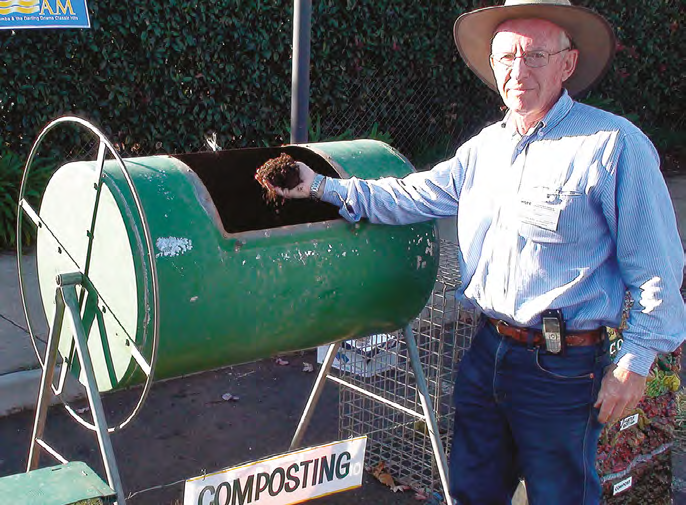 Neil Tracey-Smith with his compost tumbler

Through the hard work and dedication of Frank (and, of course, HOPE’s network of members, supporters and volunteers), HOPE’s standing in the environment sector has grown substantially – especially being affiliated with many international, national and Queensland-wide conservation groups. Some of these Queensland conservation groups include: the Queensland Conservation Council, Queensland Water and Land Carers, Protect the Bush Alliance-Queensland and Friends of Southeast Queensland. 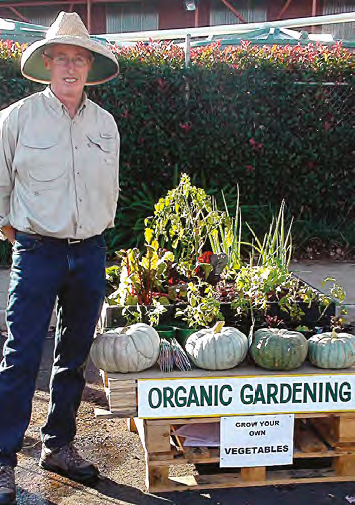 But what does being sustainable and protecting the environment actually achieve? Why should we make an effort to do so? Why does this matter and why should we care? Even if you have no interest in hearing the deafening calls of the Amazonian frogs or rubbing shoulders with the clown fi sh of the Great Barrier Reef, conserving the environment is still important for you.

In 2000, the United Nations secretary-general called for an assessment of the consequences of ecosystem change on human well-being. Named the Millennium Ecosystem Assessment

(MA) and involving the work of more than 1360 international experts, its findings were published in five technical volumes and six synthesis reports and provided one of the most comprehensive evaluations of the state of the environment in history. The report identified vital services that ecosystems provide: these include provisioning, regulating, supporting, and cultural services. 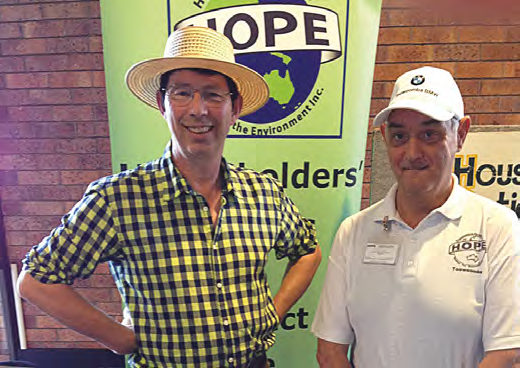 Provisioning services are the products that ecosystems provide. Some examples are fresh water, nutrients, and raw materials such as plant oils, timber or even tea and coffee. Another inconspicuous provisioning service is the production of medicines. It was estimated that natural products and their  derivatives represent 50 percent of all drugs used clinically. Two examples are aspirin and morphine derived from the bark of willow trees and the latex of opium poppies respectively. There is also some extraordinary research being undertaken into finding new drugs produced by micro-organisms living in the fur of sloths. In a study published last year, researchers identified 84 ‘species’ of fungi living on three-toed sloths from Panama. The researchers found that some of these fungi produced chemicals that were broadly active against breast cancer, malaria, and Chagas disease. 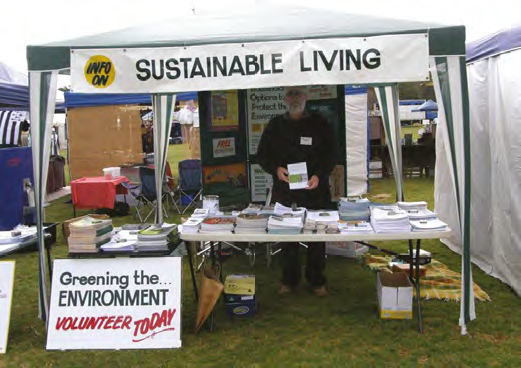 The fourth ecosystem service, the cultural services, is the reason for my love and deep appreciation for the environment and natural world. Nature aids in maintaining the physical and mental health of people; bush-walking is a great example. Bushwalking is an excellent source of exercise, allowing people to remove themselves from the daily stresses of life and relax their minds. There is no doubting that thousands of Australians love  exploring our many national parks for leisure. The aesthetics of nature has also been the source of inspiration for many artists and scientists: facilitating the creation of masterpieces like Albert Namatjira’s1950s painting of the Central Australian landscape, and giving George de Mestral the practical knowledge to create Velcro.

Another component of the cultural services is worth more than $1 billion in Australia: ecotourism. This value was produced by Ecotourism Australia Limited in its 2013/14 report and the global initiative The Economics of Ecosystems and Biodiversity states that in 2008 the global earnings of ecotourism topped US$944 billion. These figures are impressive and reflect how valued the Natural World is for Australians and the global community.

These services can be preserved by employing simple changes in our daily lives. To state a cliché ‘if everyone contributes a little, it adds up to a whole lot’ and this cannot be more true in this situation.

For more information on ecosystems, the Federal Government’s 2010 report Ecosystem Services: Key Concepts and Applications is a comprehensive introduction.

HOPE has participated in the active conservation of the environment and many public awareness and education campaigns. Some of these campaigns include: Keep Queensland GM Free (2006), Walk Against Warming (2007) and Protect the Laws that

HOPE has also developed a number of helpful hints type guides and information sheets including: Ecology Audit: How environmentally friendly are you? A questionnaire booklet for primary school aged children (2005); Low Carbon Living starts at home (May 2014); and Householders Guide to Sustainable Living (May 2014).