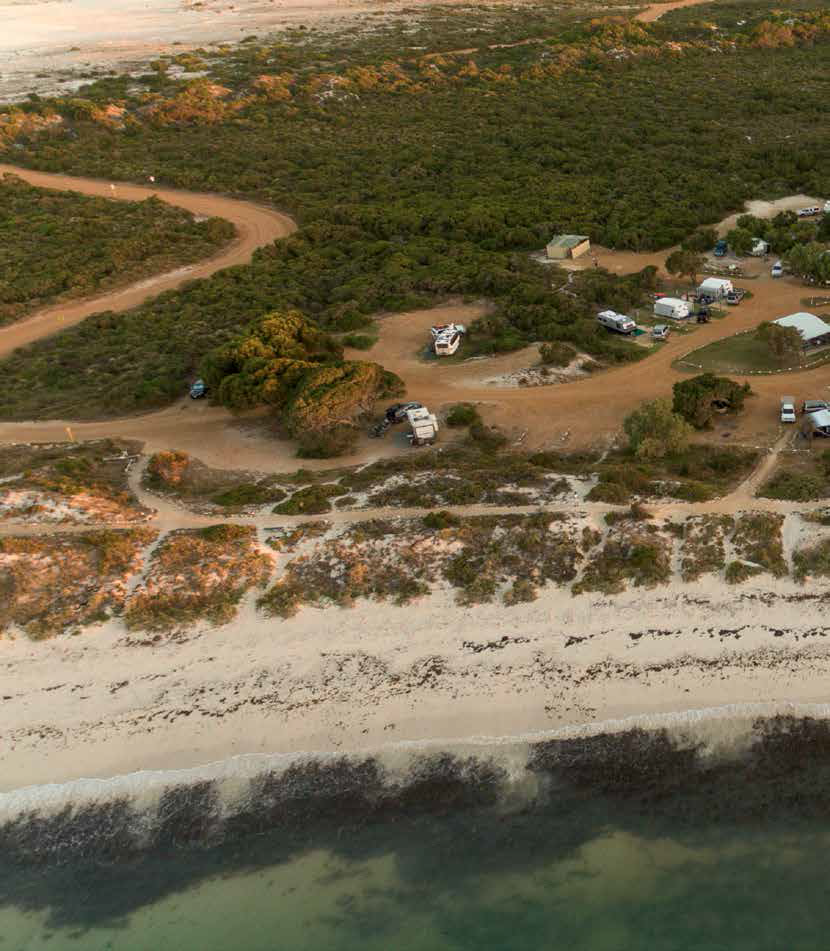 Talk to the thousands of grey nomads who are travelling around Australia about the type of experience they want, and the answer will typically be the same.

They’re seeking low-cost or free camp sites, primarily so they can stay on the road longer, and see more by spreading their budget further. There’s also an element of wanting a quiet spot to relax and reflect. To live the good life.

This type of experience usually means they are self-contained. They have toilet facilities on board, are self-sufficient with power and water, and literally can stay anywhere and ‘leave no trace’.

Self-containment is, however, a term which has RV travellers and industry divided, primarily because of what it means about who can stay where, and whether those who aren’t self-contained should be allowed to stay in a park with no facilities. 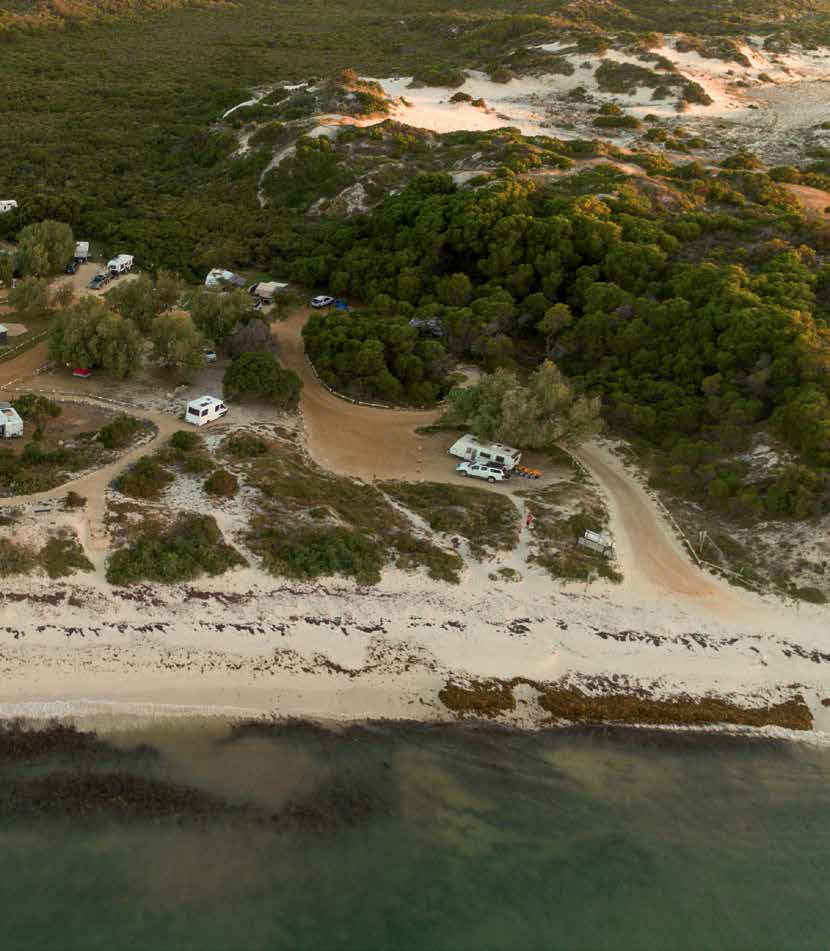 Stuart Lamont, CEO of the Caravan Industry Association of Australia (CIAA) is very clear cut about the views of the peak national organisation for the Australian caravanning industry.

“We are opposed to self-containment and forcing consumers  out of certain environments. It doesn’t work domestically to suggest consumers should have to go to particular areas based on specifications, so conversely if you are not able to be self-sufficient in the market place, you should be forced to go to a caravan park ... the argument around selfcontainment shouldn’t be about the vehicle specification, it should be around consumer behaviour.” 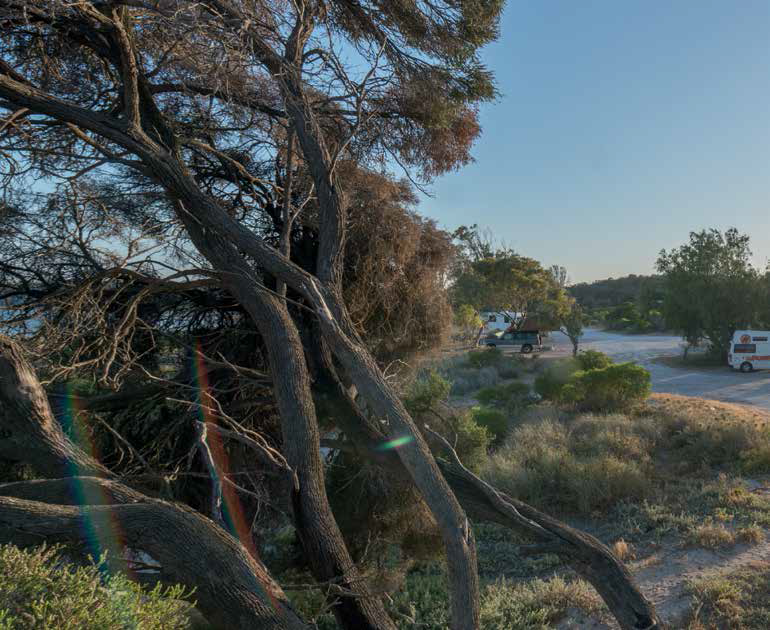 Cliff Head camp site on the Mid West coast of WA, which is a free camp for 72 hours

He says it’s a word thrown into general language and, “we do not believe there’s a significant amount of product in the market place which under the definition of a dictionary would be self-contained.

“Talk to caravan dealers who would say they have never sold a self-contained caravan, but a consumer may believe that if they have a holding tank or an on-board toilet and shower, and a sticker, they are self-contained and that gives them privilege to go where they like.”

He says there are a number of sites being promoted as being self-contained which are low cost, “so more are popping up, but many don’t meet compliance”.

Lamont says, “freedom camping should not be an exclusive realm for a product that is labelled as self-contained, it should be available for those who are environmentally aware and responsible”.

“You can’t have a position for a privileged few.” 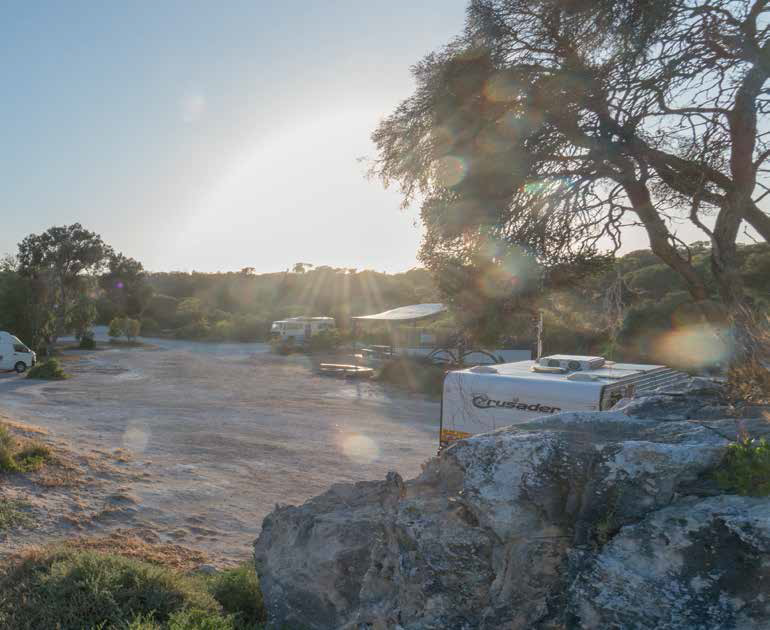 However, CMCA’s Richard Barwick says being self-contained shouldn’t  restrict anyone, in fact it gives the freedom of choice on where those in RVs wish to stay, because they aren’t reliant on any direct infrastructure in the short term.

“Self-containment is the way of the future, basically it will be driven by the government and in particular the environmental groups and in the end, consumers. Simply it’s responsible camping and no shortcut should be taken in addressing this important and sometimes controversial issue.”

He says uptake has been improving each year and CMCA actively promotes it to members and partners, such as local government.

“Our survey of CMCA members released last year has told us that up to 93 per cent of vehicles can become self-contained”.

He says a number of years ago CMCA also developed the ‘Leave No Trace’ scheme, which is a commitment by the member to do the right thing when travelling.

Richard Barwick says it’s a simple concept ensuring you collect and take all generated waste, and “to enhance this, we have developed our own Self-Contained Vehicle Policy”.

“These travellers only require minimal facilities, and should be charged accordingly.”

Grant Webster, CEO of THL, the largest provider of RVs for rent and sale in New Zealand and Australia, agrees.

“If you’re not in a self-contained vehicle, you have to stay in the appropriate park. We are upfront with that, that’s the philosophy we have.”

He says THL is working towards a goal of zero infringement notices for illegal freedom camping by 2020.

“We are working on ensuring those who hire motorhomes are educated to do the right thing. Much like the ‘Inspired by Iceland’ campaign where you take the Icelandic pledge to be a responsible tourist, we want the equivalent as a company.”

He says as THL does assessment on emissions, it’ll do more on the impact of communities.

“We have a belief, as an organisation from the board through, that we want to do the right thing, and we realise that when it comes to sustainability as a business, we need to do better.” 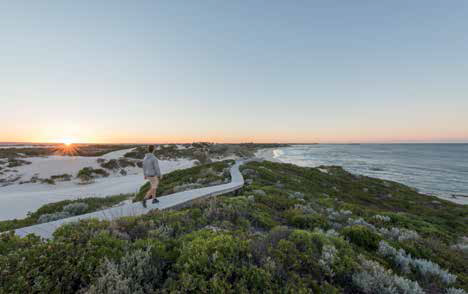 Walking the new trails created to preserve the coastline for campers

In many parts of the country, there is a desire to create and protect free and low-cost camping, to meet the growing market of self-contained travellers.

Nowhere is that more evident than the Mid West coast of Western Australia, where four shires have banded together to preserve a chunk of the coastline, specifically for the self-drive market.

Shire of Irwin’s Acting Director Planning, Community and Infrastructure, Nicole Nelson, who spearheaded the multi-million dollar project in her region to preserve the coastline for campers, says self-containment is important.

“Although our sites allow non self-contained travellers to stay, they could really only stay a night or two at the most, as there are no shops on site, no power or water, there are toilets, but you still need your own toilet paper.”

She says they are strong advocates for the ‘Leave no Trace’ scheme.

“It’s important for the environment that local enforcers in the shire have a strict no-tolerance policy in respect to rubbish, damage to flora and fauna, vehicle access, pedestrian areas, visitor safety, fires and restricted length of stay.”

She says their low-cost and free camps offer a different experience from a caravan park, and they are confident it drives more tourism to other parts of the region.

“Our sites are remote with no power or water, just the sound of water lapping on the shore. By showing people what our region has to offer we hope it will encourage them to book their next holiday in  the region, at a caravan park or other type of accommodation.” 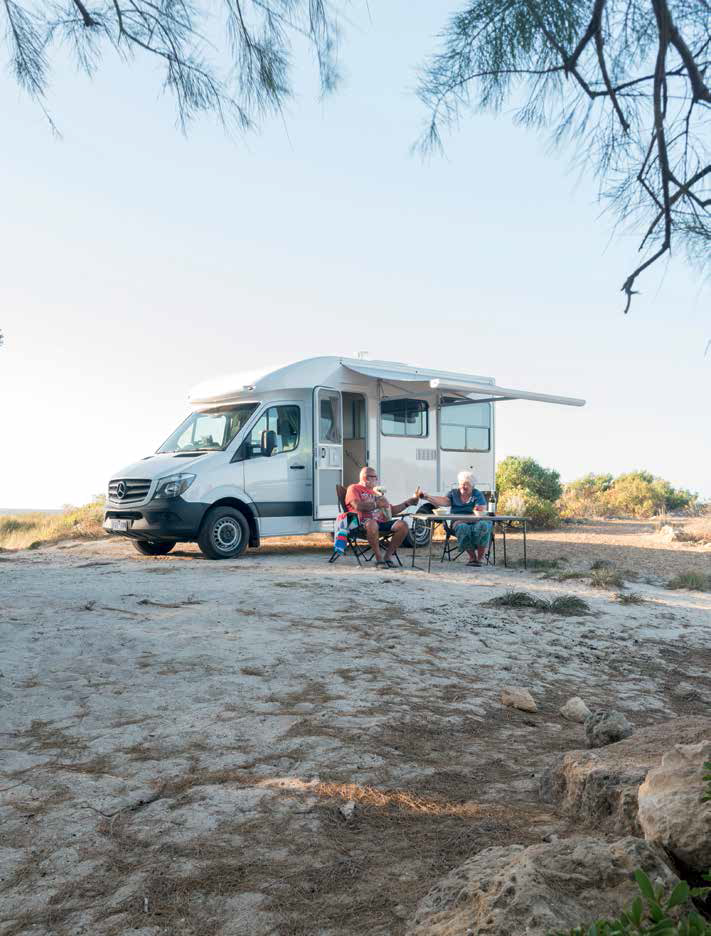 Roger Fagan, founder of one of Australia’s longest established RV manufacturers, says more regions should be considering their model of providing low-cost camping.

“In NSW there’s a provision where people can camp on farms, and there are only a handful of conditions, and it’s wonderful because it’s a great opportunity for city folk to experience country life. So many kids live in high-rise buildings and have never seen a camp fire, and some haven’t seen stars, so camping on a farm gives them a great opportunity to experience nature.”

“These towns and destinations are seeing the value in the selfcontained RV tourist market and  are responding to that, and in turn they are making thousands of dollars in revenue from a traveller who is prepared to spend.

“It might not be on a five-star caravan park with all the bells and whistles, but it’s at the local butcher, or bakery, investing money  directly into the economy by supporting small business and local jobs. This is why this type of site is so important, it’s not about just providing somewhere for a self-contained tourist, it’s about the entire economic benefit to a region.” 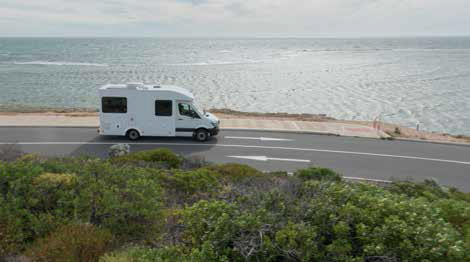