The Painted Desert is a geological and biological marvel and a natural kaleidoscope that can lure the patient photographer. The mesa-type topography that is painted with beautiful pastel shades will delight all visitors. And despite this area in northern South Australia being easily accessed, it remains somewhat of a secret to all but the well-researched tourist.

The Painted Desert is named due to its soft pastel colours of weathered layers of rock – pink, white, grey, red, brown, yellow and orange. It is part of a much larger land system called Breakaway country, though some also know this landscape as ‘jump up’ or ‘mesa country’. Breakaway country is part of the larger bioregion called Stony Plains.

This dramatic lunar-like landscape is formed because of a hard silcrete capping layer that was laid down millions of years ago over a softer clayey layer, but over time and through large-scale earth movements some of the silcrete has cracked allowing an entry point for water to erode the softer clays beneath. Further  time and water has seen most of the silcrete erode away leaving only small amounts remaining – capping the top of the hills and giving the landscape its striking appearance and the reason for its topographical name breakaway.

With annual rainfall less than 200mm, visitors are unlikely to encounter much in the way of wet weather. And yet – despite this – the careful observer will see that the land is very much sculpted by water. There are many smaller creeks and several larger rivers but some of the creeks and rivers in this part of the world are kilometres wide. The geology has obviously been washed by water over many millennia and there are a few very important waterholes associated with the creeks and rivers. Permanent and semi-permanent waterholes have an important role – especially in times of drought. Animals that are abundant and widespread during the wetter times retreat to refuge waterholes where they are able to persist until the drought breaks, when they can breed and spread back over the broader landscape.

Creeks can be anything up to kilometres wide

The entire Painted Desert is within the Lake Eyre Basin. Lake Eyre is one of the largest inland salt lakes in the world. The Lake Eyre Basin covers 1.6 million square kilometres – larger than the Murray Darling Basin. During periods of higher rainfall the lake fills from the large number of rivers in Queensland (Cooper Creek, Georgina and Diamantina rivers) and South Australia (Neales and Macumba). 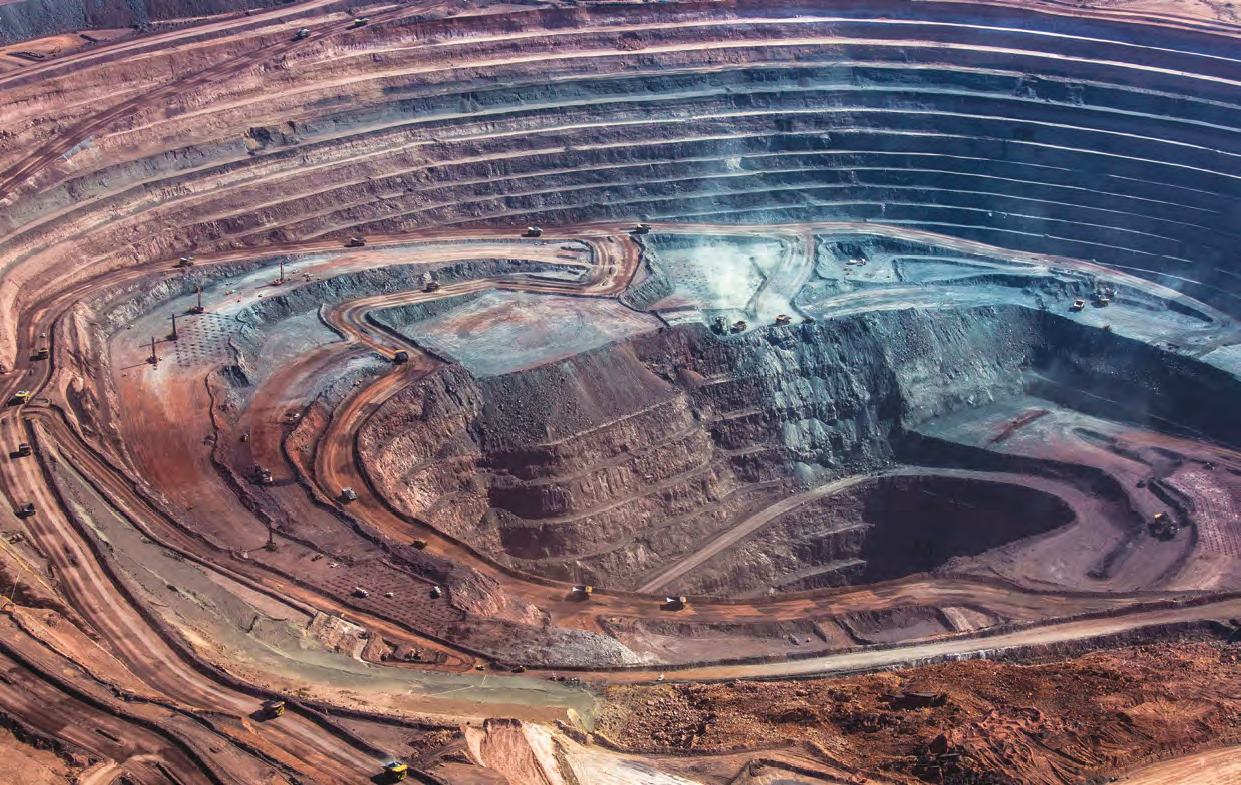 In recognition of the outstanding geology and biodiversity, part of the Painted Desert has been declared a State Heritage Area and listed on the Register of the National Estate. Hidden below the Painted Desert is the Great Artesian Basin – the largest artesian basin in the world and lifeblood for the outback. Towns, cattle and other wildlife rely on this water for  their very existence. Close by at Toondina Springs and elsewhere in the region the water finds its way to the surface, forming ‘mound springs’. This water, accumulated many years earlier when the climate was much wetter is often called fossil water and estimated to be anywhere between 500,000 to 1,000,000 years old. Mound springs are listed under the Environment Protection and Biodiversity Conservation Act as an endangered ecological community. They are habitat for numerous species and their age and isolation from one another has allowed for species differentiation. Indeed there are invertebrate species such as snails that are confined to the one Mound Spring. A species that is found nowhere else in the world and confined to an area the size of a couple of house blocks! 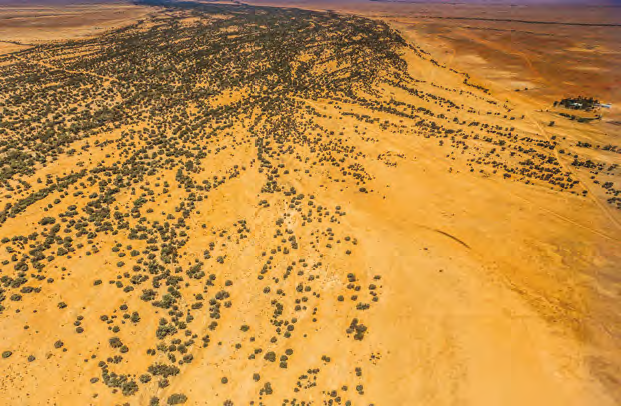 The Breakaway hills of the Painted Desert are usually at their best around sunrise and sunset, but visiting is not just about appreciating spectacular geology. There are some amazing plants and animals that can be found by the keen observer also. Species such as plains mouse (Pseudomys australis), the bronzeback legless lizard (Ophidiocephalus taeniatus), and chestnut-breasted whiteface (Aphelocephala pectoralis) are found here. 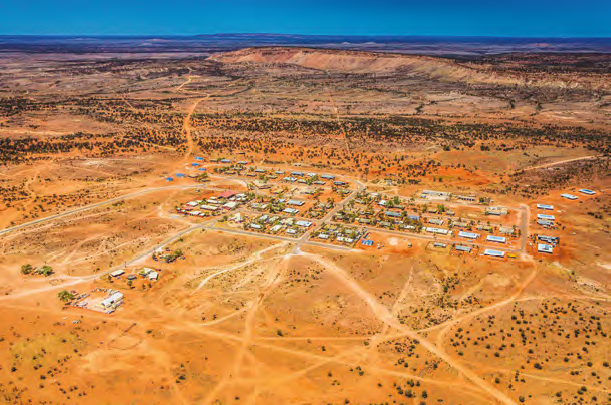 Evidence from sub-fossil remains found in local caves show that the region was once also a safe haven for the Gould’s mouse (Pseudomys gouldii) and long-tailed hopping mouse (Notomys longicaudatus), greater stick-nest rat (Leporillus conditor) and the pig-footed bandicoot (Chaeropus ecausdatus). Unfortunately these animals are now extinct here and everywhere else due to the introduction of feral animals. 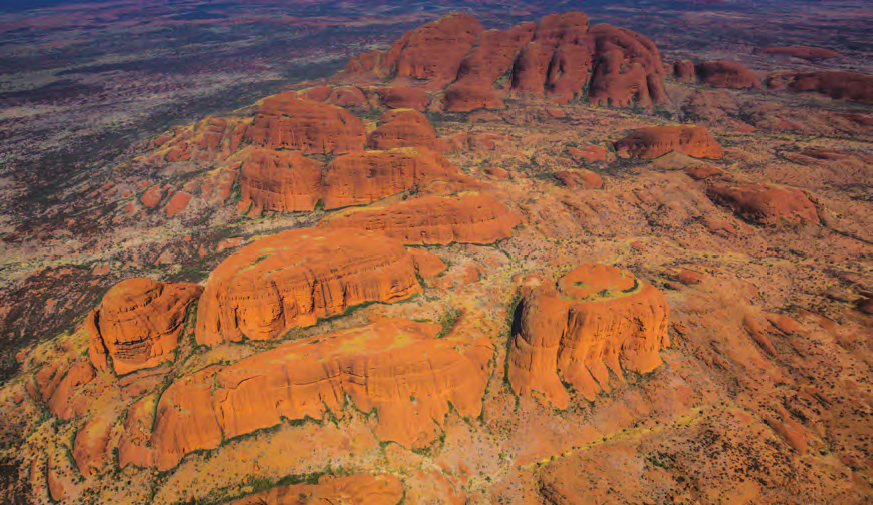 Kata Tjuta, or The Olgas

Australia’s largest land-based reptile, the perentie (Varanus giganteus) is also found in this region; although, only the quietest and most persistent observer is likely to see one. A top order predator, they occupy a large home range, are carnivorous and rather shy. They can grow up to 2.5 metres long and eat a variety of prey including insects, birds, reptiles and even small mammals such as rabbits. There are even reports of perenties taking small pets such as cats and medium-sized dogs.

The Painted Desert is in one of Australia’s lowest rainfall regions. However, on occasion these areas can receive the annual average in one day. Or alternatively, a fraction of the annual average might be all that is received for many years at a time. The Painted Desert is in a region that gets virtually the same amount of rain over summer as it does over winter. As with most places in Australia wildflowers are usually at their best a few weeks after rain, so visitors looking for them will have to throw caution to the wind and hope that when they visit, the area will be blanketed with wild flowers. 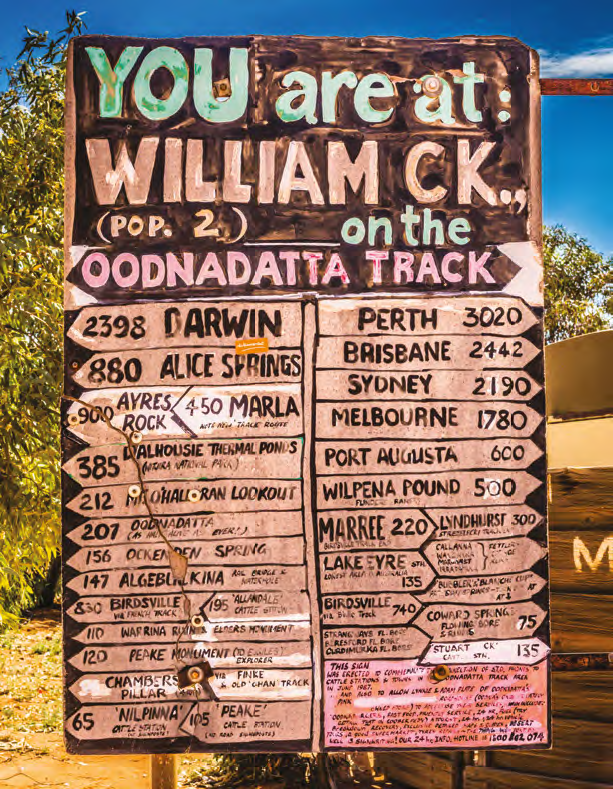 The main industry in the Painted Desert is cattle grazing, though there are a couple of remote national parks and, as mentioned, the State Heritage Area.

There are now plans afoot to mine brown coal directly below parts of the Painted Desert. Significant concern exists in the region and outside, on what sort of impacts this project will have on the Great Artesian Basin, the fragile surface/ecology and the climate if it goes ahead. This Stony Plains bioregion is poorly represented and not protected in South Australia’s parks system making the threats to this region very troubling.

Altona Energy is a junior UK fossil fuel company that has a proposed project to mine millions of tonnes of brown coal via the open pit method. This is one of the most destructive mining projects planned for Australia. This coal is buried below the Great Artesian Basin, so the mine (10km x 2km and about 200m deep) will need to dig through and damage the Great Artesian Basin – a significant public water resource – in order to reach the coal.

Altona intends to drain and de-water the Great Artesian Basin so that natural groundwater flows do not “interfere” with its open-pit coal-mining operations. The company also plans to pump out on average 320 million litres of groundwater every day throughout the 30 years of mining. This would damage outback bores for a century and threaten the unique and fragile Mound Springs.

The company plans to utilise the unproven, controversial and dirty, coal to liquids technique (CTL); where coal is converted into synthetic diesel fuel via a chemical process. This technology is risky, produces high levels of greenhouse pollution and will leave hundreds of millions of tonnes of mining and processing waste including coal slag in the Painted Desert.

The proposed CTL technique is energy intensive and Altona plans a large coal gasified power station onsite. If allowed to proceed, Altona intends to sell much of the electricity and public water to other potential mining projects across the region. This would lead to significant industrialisation of the desert.

Altona has three coal exploration leases in the area – Arckaringa, Evelyn Downs and Mount Willoughby. Arckaringa is the first that it intends to exploit. But the company also intends to create large open-cut coal mines on the other two pastoral leases with adverse impacts that will be felt across the outback. 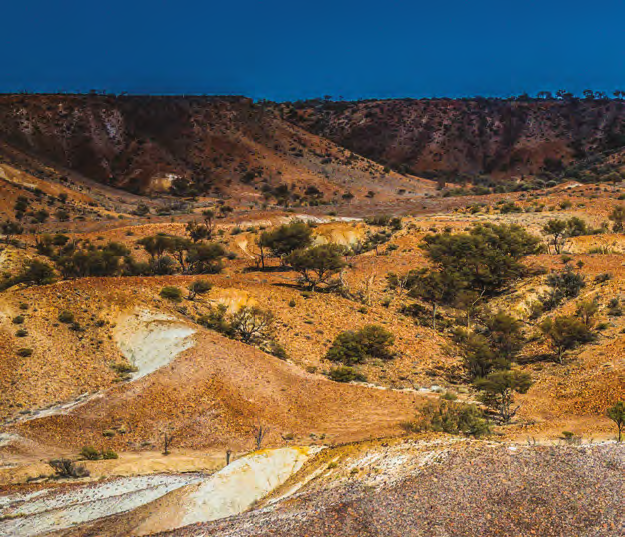 The Wilderness Society in South Australia is spearheading a campaign to try to stop these planned mines and looks forward to a situation where water in the outback is valued more than low-grade coal.

The best time to visit this part of the world is during the cooler months. Summer temperatures are regularly well above 40°C.

The Painted Desert is about 120 kilometres north of Coober Pedy, but can be reached via several routes. The easiest is via the Stuart Highway where there is a turn-off just south of Cadney Park Roadhouse (about 150km north of Coober Pedy). From the turn-off you can travel a 2WD dirt road that takes you past Copperhills, Arckaringa Station and onto the Painted Desert (90km from Cadney Park). Alternative routes are from Coober Pedy via Mount Barry Station (180km) or from Oodnadatta (85km).

Visiting this area is usually as a shorter detour on a much longer journey. For example, people travelling to or from Central Australia or along the Oodnadatta Track. Other places to visit in the region include Lake Eyre, Great Artesian Basin Mound Spring (e.g. Dalhousie Springs), The Old Ghan Railway Line, Algebuckina Bridge/Waterhole.

Camping is not allowed in the Heritage Area, but camping and accommodation options are available at nearby Arckaringa Station, phone 08 8670 7992. Cadney Homestead Caravan Park, phone 08 7007 6591

Coober Pedy is a regional centre and as such has a variety of accommodation options, a supermarket, hospital, mechanics, police station, banks, etc. It also has an airport and is serviced by Regional Express Airlines most days.