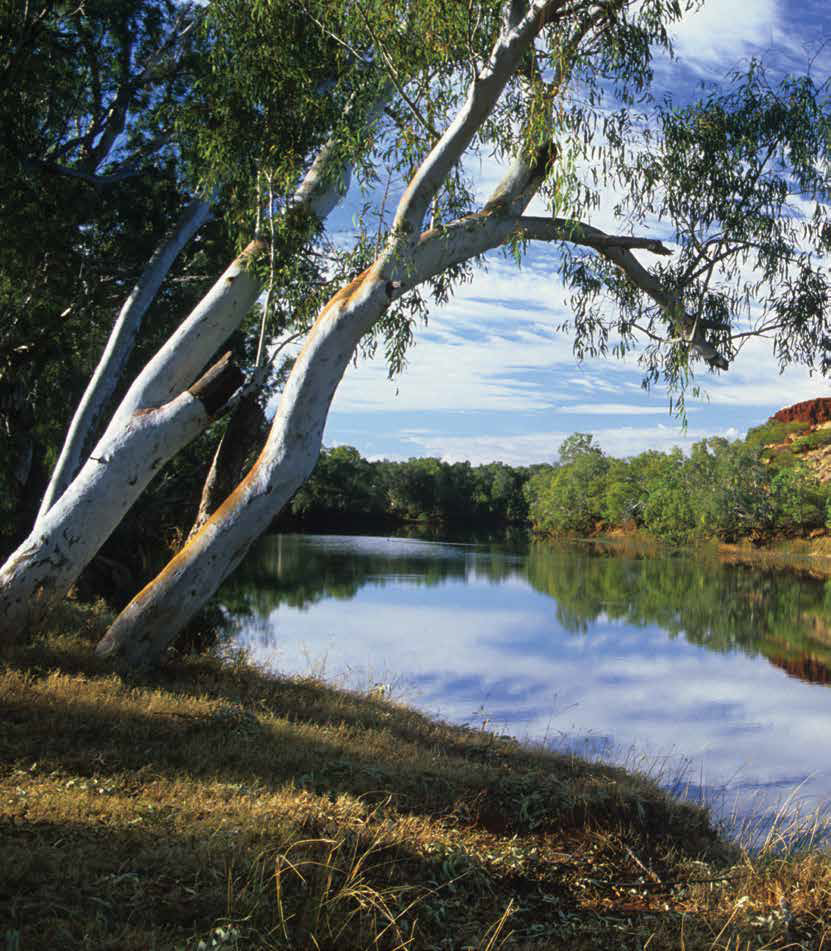 You may have read in The Wanderer (August 2017), that a survey conducted by the Caravan Industry Association of Australia found people who go on camping holidays are happier, more satisfied, optimistic, and energised than those who don’t. Survey participants claimed camping made them more productive and healthier, and in addition, feel less stressed, frustrated, bored, or lonely. When talking statistics, it seems that in the past two years more than seven million Australians have gone on a camping holiday, and with so many wonderful national parks scattered across the country, it is not surprising that a large number of these campers are, these days, enjoying the beauty and experiences these parks have to offer.

The popularity of national park camping started many years ago, but as the ground swell continued, national park rangers, who have a quite broad range of  responsibilities, started to find they were spending a disproportionate amount of time involved with park visitors and campers.

From these pressures grew the concept of enlisting the help of “camp hosts” in our most well-used parks to significantly reduce the rangers’ campground management workloads, freeing them to undertake pressing duties such as fire management, feral animal, pest and weed control, fences, signage, rehabilitation, and other general maintenance. 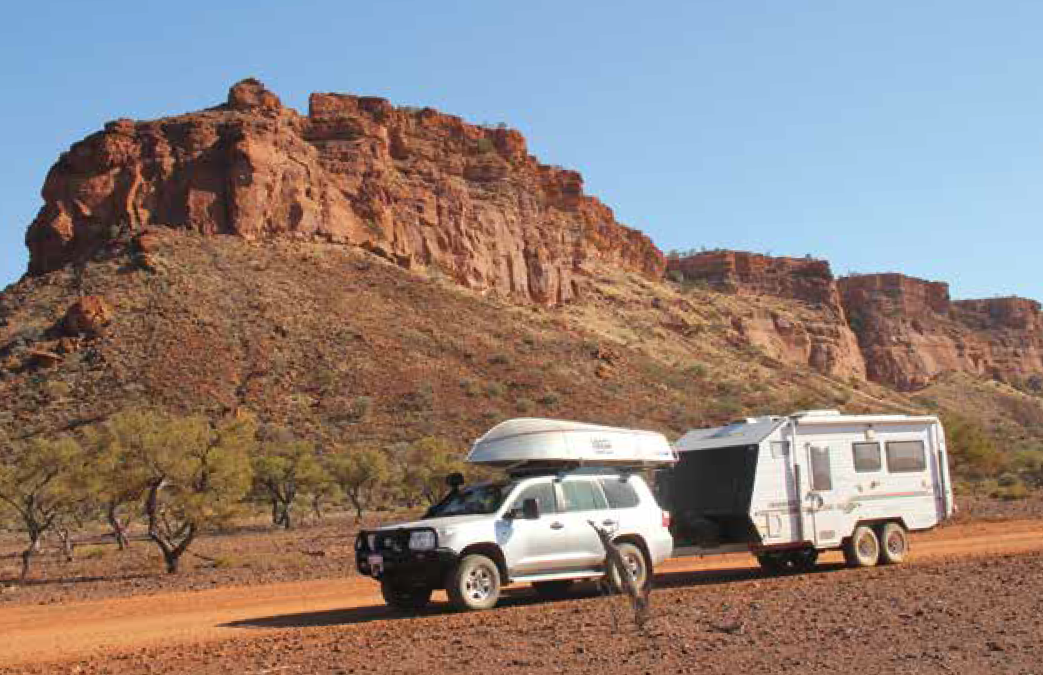 Amongst the many jobs around the campsites, taken over by this new network of volunteer camp hosts, is to welcome visitors, collect fees (where on-line bookings don’t apply), provide tourist information, allocate campsites, look after campground facilities (including toilets, barbecues, bins, and so on), and generally help visitors to enjoy the camping experience in the park.

In some cases, other duties might include assisting with wildlife surveys, bird identification surveys, sign and furniture painting, mowing, tree planting, walking track patrols, and so on.

If volunteers have particular skills helpful to the park, like carpentry or welding, for example, rangers are generally happy to encourage their assistance.

Camp hosts, however, still often have plenty of time to themselves most days to follow their own interests, such as bushwalking or crafts, and are free to leave camp to go shopping in town. Of course, regular campsite ‘happy hours’ are a real fun and social part of their involvement.

Often chosen for their love of the bush and outdoor life, their friendly and helpful nature, and ability to get on well with people, camp hosts are based in a park for usually a minimum of one month,  and sometimes up to three or four months at a time. They are not paid for their services, but can camp free of charge, which often suits people who are retired, with limited budgets, usually have their own campervan, motorhome, caravan or tent, and plenty of spare time on their hands. 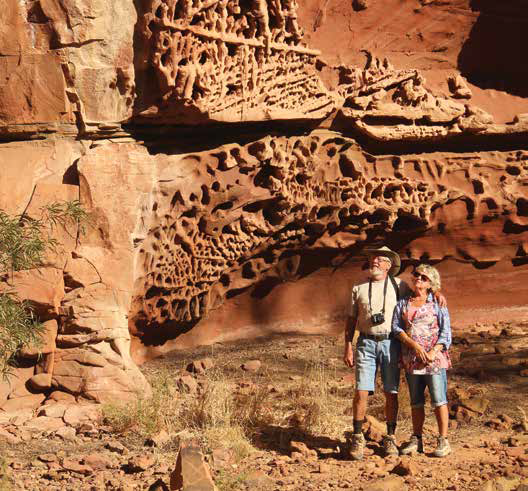 Some younger folk, whose circumstances allow, also become involved, and in several locations on-site accommodation is provided. In some parks, the volunteers are supplied with free gas bottles for their cooking, fridge, water, showers, a generator and fuel, and perhaps even annual passes to visit any national park in their state. For emergency purposes, camp hosts are provided with radio communication with rangers or other base stations 24 hours a day.

Procedures vary from state to state, but usually after nominating and being accepted to be a camp host, including working with children and other clearances, the volunteers are brought together, issued with uniforms/badges and participate in seminars/training on all aspects of their campground duties. This training will also usually involve first-aid competence, fire awareness, bush survival skills, people management, Aboriginal cultural protocols and more. Camp hosts are also able to nominate  their preferred parks/regions in which they would like to work. 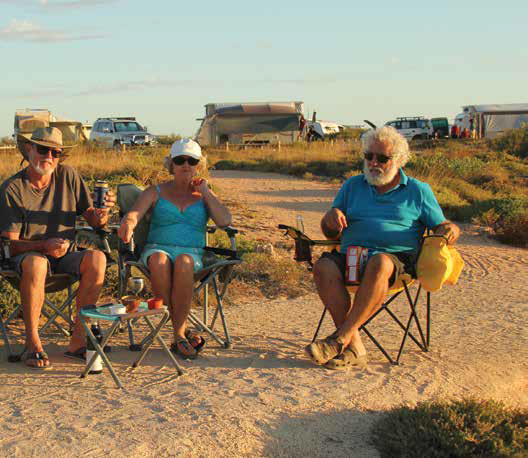 Clearly camp hosting won’t suit everybody, but for those who do get involved, most find it has broadened their knowledge, education and understanding of national parks. The environment has got them out enjoying nature, mixing with a wide range of people, usually with similar outdoor interests, and is overall a rewarding and personally satisfying experience.

If this sounds like something you’d enjoy, get in touch with your local National Parks and Wildlife office, and join the team of volunteers out there helping others. 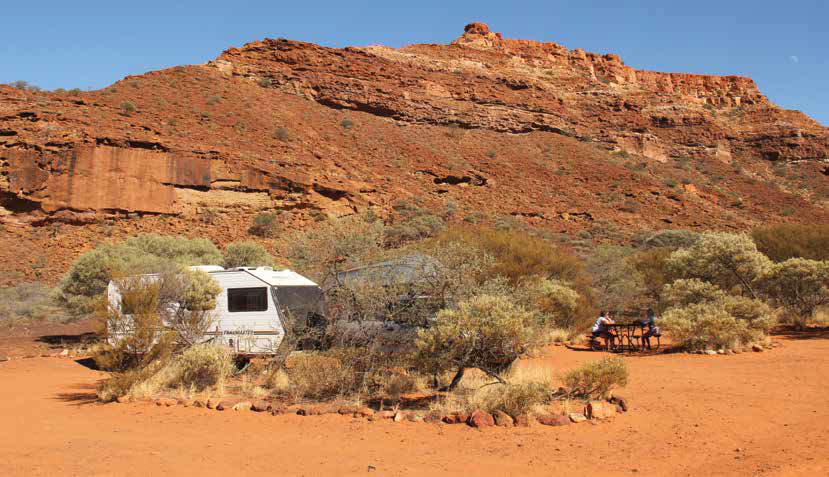 ALL IN A DAY’S WORK

Going back a number of years, it was camp hosts Peter and Corry Heester at a campsite in Millstream-Chichester National Park in Pilbara, WA, who first made us aware of this park volunteering way of life.

Peter and Corry had spent three months camped on the banks of Crossing Pool here in the park, and what a beaut couple they were to be with. Peter, on the day we arrived, was filleting a large catfish caught by one of the campers who asked him what to do with it. Meanwhile, Corry was minding a joey nicknamed ‘Kelly Roo’ for the local national park ranger, who had found the baby on the side of the road after its mother had been killed by a car. It was all in a day’s work for these wonderful volunteers who continued to fellow campers thoroughly enjoy their camping holidays. 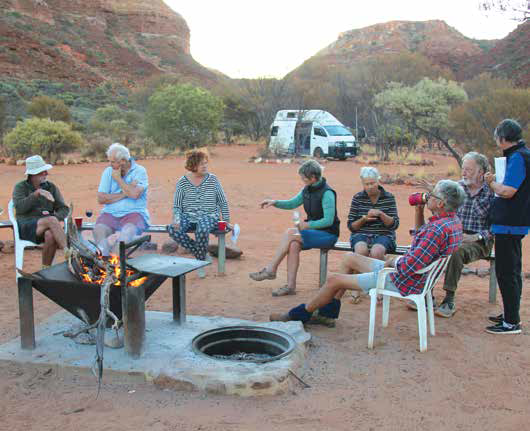