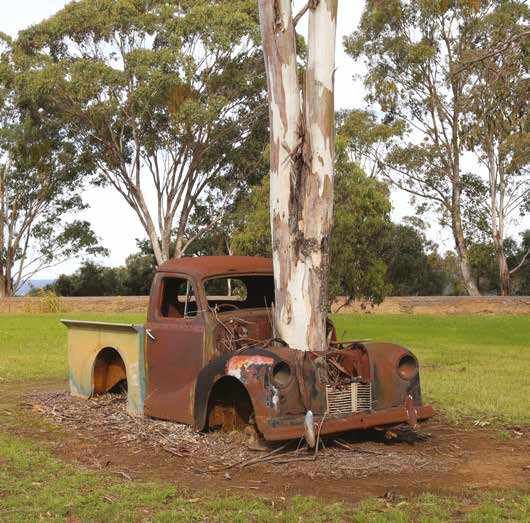 Not so long ago KEA Tracks unintentionally made a trip back to the past. We were on a job in the south west of Sydney and found ourselves travelling along the old Hume Highway between Camden and Picton. This might not mean much to those who live away from the East Coast of Australia. However anyone who remembers travelling from Sydney to Melbourne or the reverse prior to December 1980, might well have cause to recall the old Hume Highway section for getting over the Razorback Range.

Travellers whizzing down what is now called National Highway 31 (Hume Highway) between the Camden and Picton turnoffs, might wonder why the mention of Razorback produces a few memorable moments, but KEA Tracks discovered it does.

The Razorback road and pieces of adjoining old Hume Highway were a major artery between Sydney and Melbourne, but they were also something of a log jam in many places.

In addition, as truck drivers discovered in April 1979, it could easily be shut off and literally bring the nation to a halt. So come on a brief memory journey with us.

Let’s start at the Sydney end in the regional town of Camden, which is a historic town in its own right and once on the main Hume Highway. Bypassed in the early 1970s, there are some fine old Federation style buildings to be found and well worth a walk around. Undoubtedly the place many people remember as they drove through the town outskirts, is the somewhat English looking Camden Valley Inn. It’s still there on the old Hume Highway and open for business as we can testify, having stopped for refreshments.

Further along the Old Hume Highway, the climb up Razorback starts. It might just be our memory or the cars/trucks we drove then but it seems to have been a difficult business, requiring concentration and a good memory of where the essential passing lanes were. By contrast, today it’s just a pleasant drive up what looks like a less than steep hill.

The top of Razorback is memorable for at least two items. One being the famous Oak tree that stood out against the skyline when travelling from the east. Located on the property of the then Hordern family (owners of retailer Anthony Horderns) it was adjacent to a large sign which proclaimed the Anthony Hordern’s motto “While I’ll live I’ll grow”. Oddly enough, the sign is still there, sans the motto but the tree has long gone, thought to have died not long after the demise of the Anthony Horderns empire in the late 1960s.

Even though the original tree has gone, there’s a new one planted on the other side of the old highway in a very pleasant picnic area and accompanied by two signs that both proclaim the “While I’ll live I’ll grow” motto. There  are also some great views of the surrounding scenery to be had whilst enjoying a cup of tea. 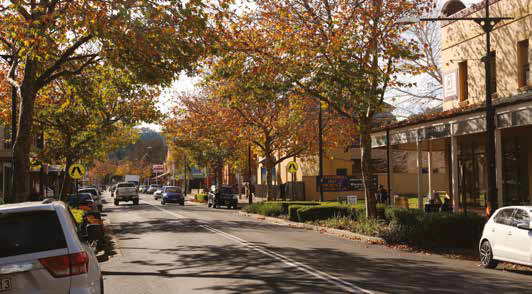 The historic town of Picton

This particular area grabbed the attention of the nation in April 1979 when a small group of truckies blockaded the highway and caused a massive traffic jam and highway blockage for the best part of nine days. That was replicated in a number of places throughout Australia but there was no doubt that Razorback was the centre of attention. Portrayed as an owner-driver protest against road taxes, it was also a subtle behind-the scenes campaign by large trucking companies to repeal the proposed road taxes. The governments of the day backed down but it’s distinctly possible that normal road users (ie you and I) are still paying for that decision.

Travelling down the western of the Razorback, the first town reached is historic Picton. Once a major thoroughfare, it’s now just a busy regional town and we reckon in some areas, a shadow of its former self. A stopping point on the southern  edge of town was the sandstone built King George IV Inn. It can trace its origins back to 1839 and was once an overnight stop for convicts on their way to Berrima. At the moment its closed and KEA Tracks understands it has an uncertain future.

Just around the corner from the pub and leaving town, is a narrow, nondescript two lane railway underpass with a sharp left hand turn. Many a member of the older snow ski fraternity will remember this item on a Friday night. The trick then was to be in the right gear (we all drove manual cars in those days) going around the corner so as to be ready for the uphill passing lane and getting around the lumbering trucks. Those were the days, or maybe not ... bridges of slightly more interest are the Picton Railway Viaduct and the Victoria Bridge, a timber trestle structure, both crossing Stonequarry Creek.

From Picton it’s possible to follow the Old Hume Highway back to the M31 Freeway. However, we reckon that a nice little diversion can easily be done  to the nearby town of Thirlmere. There are two items of keen interest here. One, keeping in with the back-in-time theme, is the very extensive NSW Rail Museum, certainly a great place for rail buffs but also for anyone interested in NSW history from a transport perspective. As fellow travellers pointed out, it’s a great place to take the grandkids for the day.

Just down the road from the rail museum is the Thirlmere Lakes National Park. It’s not particularly large but there are some quiet picnic areas, as well as bushwalking and horse riding opportunities. Also at least on the windless day we were there, there were some great reflection photos across the mirror like surface of the lakes.

We end our little historic trip here, one easily accomplished by motorhome since much of the traffic takes the speedy route down the freeway. That of course is something of moral to the story, taking the byway rather than the highway is something to be enjoyed by the curious traveller no matter where you are. 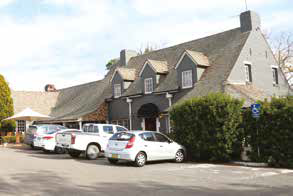