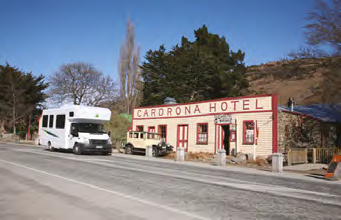 We are sure that you have all seen variations of this adage: ‘It’s not about the destination, it’s about the journey’. So we at KEA thought we might take licence from those words, and indulge in a few of our favourite drives around Australia and one or two in New Zealand.

That particular question ‘name your favourite drive’ is often difficult to answer in this country when compared, say, to Europe or the USA, because many roads here are long, flat and empty. Set the cruise control on 100km/h and away you go.

In Europe, it’s easy to nominate the Brenner Pass between Austria and Italy and the Geiranger-Trollstigen mountain road in Norway or in the USA, say Route 66 or the Alaska Canada Highway, but how about Australia?

Well here are a few nominations in no particular order. Let’s start with the Great Ocean Road in Victoria. There is certainly plenty to see along the southern coastline road, with a plethora of places to stop along the way – how many Apostles are there and did London Bridge really fall down? Additionally, there are enough differing road conditions to suit someone who likes to drive fully occupied.

Moving across to Western Australia, KEA Tracks was surprised a few years ago to learn just how much geology and history there is along the Great Eastern Highway between Perth and Kalgoorlie. Yes there are long stretches of nothing but it’s quite easy to learn about the  fascinating development of the water pipeline between Perth and Kalgoorlie and, in towns like Merredin, railway buffs can certainly get their fill of the life and times of earlier railway operations. 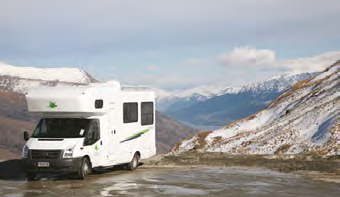 Up the centre of the Northern Territory, the Stuart Highway between Alice Springs and Darwin can be covered easily in a day or two. Instead, though, how about a couple of weeks to discover secret campsites, any number of dramatic geological formations, the history of the Overland Telegraph, waterfall filled national parks, the remains of any number of secret wartime airfields and even the ubiquitous Daly Waters pub?

Getting back to driving, south of Sydney, NSW is the Grand Pacific Drive. It starts just north of the Royal National Park and more or less ends in Nowra, on the NSW south coast. The Grand Pacific Drive is aptly named, for the most part it follows the coastline, rather than travelling along the freeways. It certainly offers the driver numerous road experiences but also there are plenty of impressive sights and a good selection of beachfront caravan parks to stay in for the night. One of the benefits of this drive is that although it can be travelled in as much time as you like, it’s also quite easy to get back on the freeway again if necessary. Additionally, out of Nowra, the Kangaroo Valley road to the Southern Highlands can be added on for more memorable driving and a return loop to Sydney.

We reckon that Tasmania holds the claim to the longest scenic drive - a circumnavigation of the island state reveals unforgettable sights, plenty of early Australian history, breathtaking national parks and a charm that no other state can claim. Additionally, of course, if you take your motorhome across Bass Strait, then you get a ferry trip as well!

This might sound an odd choice in Queensland, but some years ago, we spent a few days in the hinterland country behind Cairns, on the Atherton Tablelands. Not only is the drive up to Kuranda quite splendid but it becomes very peaceful in the late afternoon when all the tourists catch the train back to Cairns. Naturally, places like Lakes Barrine and Eacham offer their very own brand of freshwater beauty.

Given we at KEA also operate in New Zealand, it would be remiss of us not to mention some of the fly-drive trip opportunities that we can offer there. Of course there are the well-known attractions of Rotorua, the Bay of Islands and the stunningly beautiful Southern Fiordlands area but how about the Coromandel Peninsula. A short distance from Auckland, this two-day drive offers remarkable coastal scenery, hot water beaches (just take a shovel), the quirky Driving Creek Railway, the even quirkier Waterworks and the driving challenge of the 309 road.

Down south, Route 1 from Christchurch to Blenheim offers great driving, more picturesque coastal/mountain scenery – all in the same photo if you like – the very friendly Kaikoura seals and any number of Marlborough wineries. 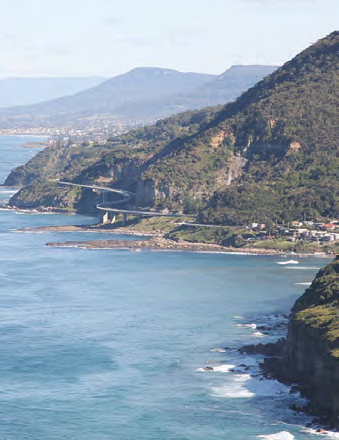 Lastly, if you have been to Queenstown before, then how about getting there via Wanaka and the Crown Range Road. Wanaka has plenty of its own delights to investigate but reaching Queenstown along the Crown Range Road not only adds the mountain scenery but also gives a great drive and the opportunity to stop at the well known Cardrona Pub. Be mindful of what happened to us one winter afternoon when stopping by for a welcome coffee or two. Upon leaving we discovered that the weather had changed and snow chains were the order of the day.