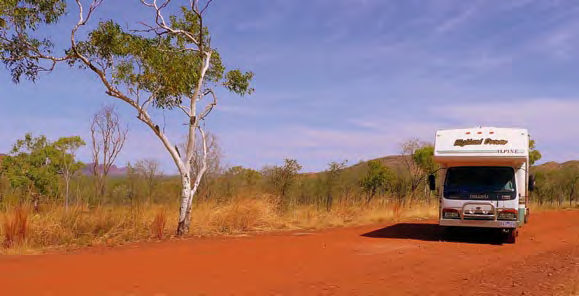 Have you ever dreamt of finding a map that could lead you to buried treasure?

There are very few people who would not be tempted to follow a map with the possibility of hidden treasure at the end, especially if the directions happened to coincide with your travel plans.

Geocaching has become a worldwide treasure hunt and is one of the fastest growing, recreational social media activities in Australia; Geocaching will uncover the adventurer inside you.

The first documented placement of a GPS-located cache took place on May 3, 2000, by Dave Ulmer of Beavercreek, Oregon. The location was posted on a Usenet newsgroup and by May 6, 2000, it= had been found twice and logged once by Mike Teague of Vancouver, Washington. According to Dave Ulmer’s message, this cache was a, “black plastic bucket that was partially buried and contained software, videos, books, food, money, and a slingshot.”

And, so the addictive ‘hide and seek’ treasure hunt game began.

The activity was originally referred to as GPS stash hunt or gpsstashing. This was changed shortly after the original ‘hide’ when it was suggested that ‘stash’ could have negative connotations and instead the term geocaching was adopted.

The word Geocaching refers to GEO, for geography and CACHING, the process of hiding a cache. A cache in computer terms is information usually stored in memory to make it faster to retrieve, but the term also is used in hiking/camping  as a hiding place for concealing and preserving provisions.

A geocacher can locate a geocache anywhere in the world with the help of a GPS or GPS-enabled mobile device and GPS coordinates that are listed on the popular and interactive website: www.geocaching.com

What are the Rules of Geocaching?

More than four million people geocache in nearly every country on earth. Geocachers are families with children, retired individuals and grandparents, hikers, explorers, and outdoors-people. Geocaching appeals to such a diverse range of people because it’s adaptable, depending on what sort of adventure you want to have. Cache listings on www.geocaching.com include difficulty and terrain ratings (1/1 represents the easiest and 5/5 represents the most difficult) to help geocachers choose a cache that is right for them.

In its simplest form, a cache always contains a logbook or logsheet. The logbook contains information from the  owner of the cache and notes from visitors. When geocachers return from an adventure, they can log their findings on an online cache page, creating a dynamic community and social network.

Larger geocaches may also contain any number of more or less valuable items. These items turn the cache into a true treasure hunt. A geocacher never knows what the owner or other visitors of the cache may have left there to enjoy.

People of all ages seek caches, so geocachers should think carefully before placing an item into a cache. Explosives, ammunition, knives, drugs and alcohol should never be placed in a cache, and everyone should respect the local laws. Food items are always a bad idea. Animals have better noses than humans, and in some cases, caches have been chewed through and destroyed because of food items or other scented items in a cache.

It is common for geocachers to hide caches in locations of great natural beauty or personal importance. Geocache locations can be quite diverse – from beaches to mountaintops to urban areas. Before heading out on an adventure, geocachers should make sure to read the cache descriptions carefully, especially the difficulty and terrain ratings, as some cache finds can be technical and physically challenging. For example, a geocache may be located on the side of a cliff and require rock climbing equipment, or may be underwater and accessible only by scuba. Geocaches located in cities are often incredibly small, so that people walking by don’t notice them. The cache page helps geocachers understand any special equipment or skills they might need to find a geocache and will often specify the cache size.

Geocachers should not move a cache from its original location. If a geocacher feels that the cache is not located in the correct location, he can e-mail the cache owner directly or post a log on the cache detail page, notifying the owner of the concern. It’s the owner’s responsibility to maintain the cache placement.

Each cache that’s submitted to www.geocaching.com is reviewed by a volunteer, ensuring that the cache meets the Geocaching Listing Guidelines. It generally takes up to 72 hours for the cache to be posted to the website.

If you would like to join the geocaching community, why not try to find a cache or two in your area to familiarise yourself with the activity. If you want to make your travels a little more exciting, geocaching is a fast growing, interactive and exciting social game where X marks the spot.