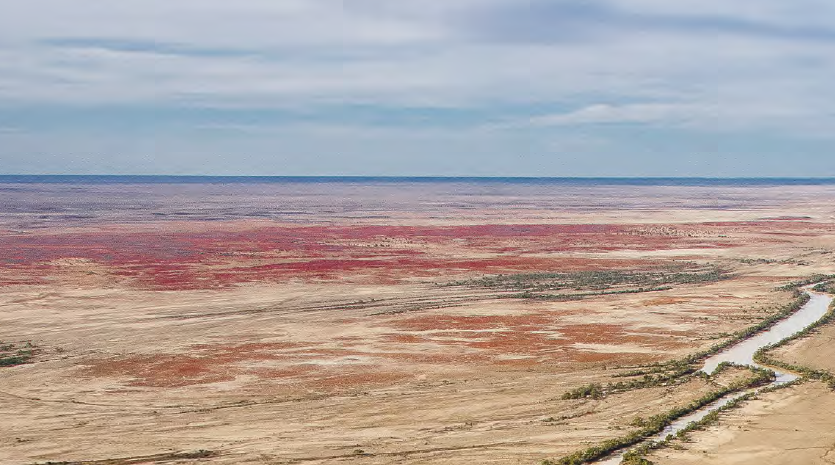 As dawn breaks across Noonbah Station in Queensland’s Channel Country, the rich morning colours ricochet across vast plains, healthy creeks and dusty trees. Flocks of galahs and corellas screech as they take flight to welcome the day. If Lake Eyre is the heart of the outback, then the rivers of the Channel Country in western Queensland – the Cooper, Diamantina and Georgina – are its veins. Unchanged for tens of thousands of years, the Channel Country’s rivers connect the tropical north to the dry centre.

Amazingly, these are some of the last unregulated river systems in the world. And not only do they flow inland, but these rivers are also unique as they are made up of a mosaic of shallow channels that, when flooded, spread across vast, flat floodplains. Noonbah station, two hours south of Longreach, has been my family’s home for three generations. We run cattle but I am also a keen natural historian, and spend a fair bit of my spare time collecting plant and animal specimens, and collaborating with museums and universities on ecological research.

Each year, in the cooler months, intrepid travellers head to the outback to soak up the vibes. Many are readers of The Wanderer who are fortunate enough to spend much of the year travelling far and wide across Australia.

If you’ve visited outback Queensland, perhaps you shared a beer or two with locals at the Longreach Pub. Undoubtedly, this wild and diverse country left an impression. You might think of Channel Country when a hot breeze swirls the dust at your feet, if you see a tin roof shimmering in the midday sun or when you hear children reciting Waltzing Matilda. 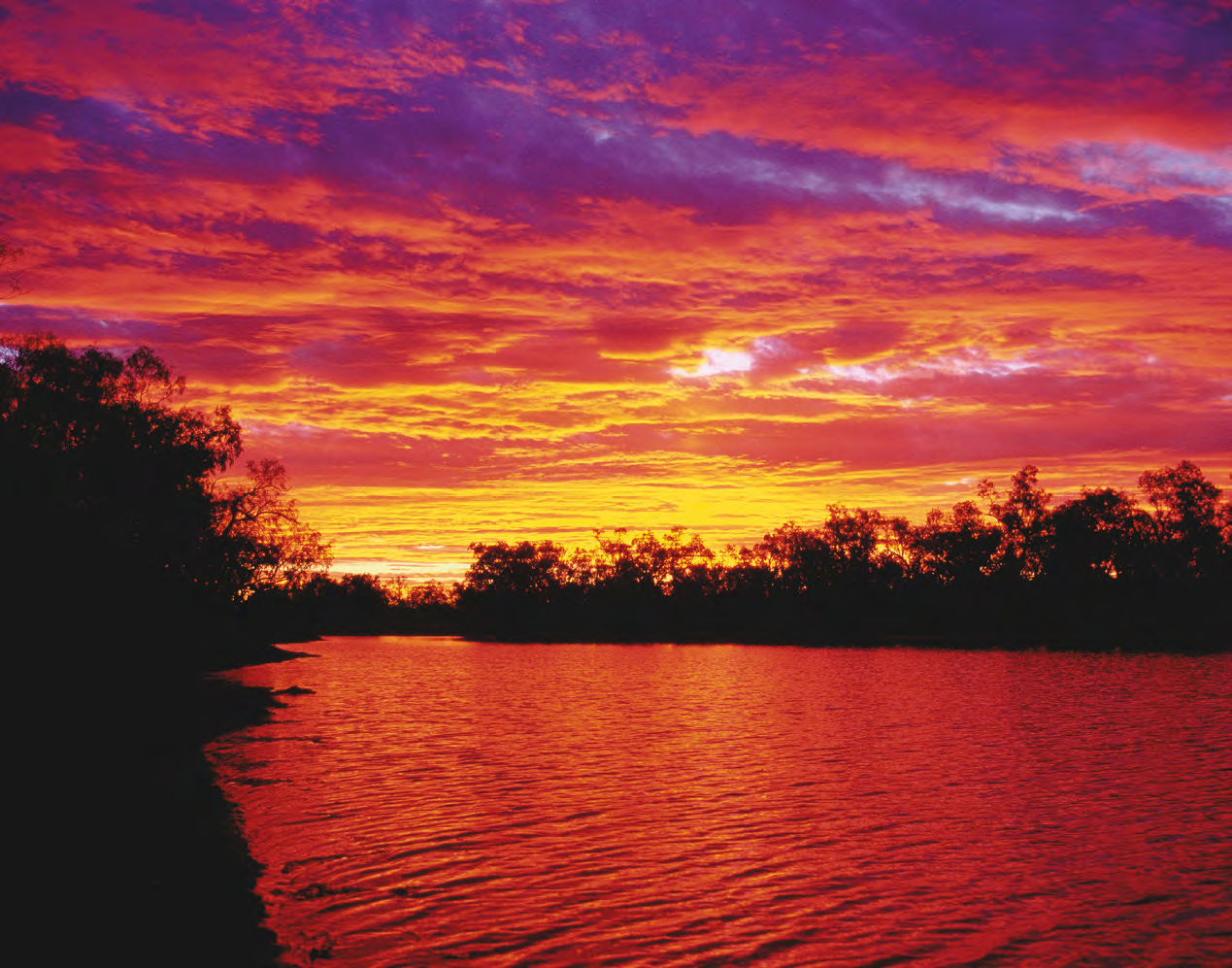 It’s no coincidence that our communities and towns are found on the edge of these meandering channels, which stretch across three states and territories. Many of these sites were Indigenous settlements too, and for good reason. Like the Traditional Owners who for thousands of years lived in harmony with the land, through drought and flood, without these rivers and the vital flows they bring, we couldn’t call the Channel Country home. 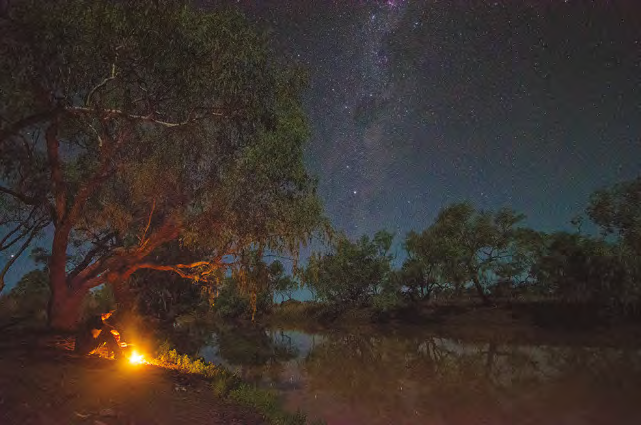 Combo Waterhole at night. Southern Cross and the Milky Way visible in the night sky

Travelling along these ancient waterways is a great way to see the Channel Country.

Winton is the largest town in the Diamantina basin and is punching well above its weight in the attraction stakes. It’s claims to fame are: the fi lming of The Proposition; it’s where Qantas had its first ever board meeting (at the Winton Club); is home to the Queensland Boulder Opal and Lark Quarry – which was a significant dinosaur trackway; the Royal Open Air Theatre, home of the world’s largest deck chair; is where the famed and awarded Outback Festival is held and is the birthplace of Waltzing Matilda. Bladensburg National Park is right on Winton’s doorstep too, when you want to get away from it all.

The Outback Festival is held in September every second year and will be on again in 2015. Highlights include: Outback Ironman, cycling, music, the Dunny Derby and bush poets – visit http://www.outbackfestival.org/ for more information.

Before the Thomson River turns into Cooper Creek, 180km south east of Winton, is historic Longreach; home to the Australian Stockman’s Hall Of Fame and the Qantas Museum. For a unique way to watch the sunset, take a cruise on the Thomson Belle Paddlewheeler along the Thomson River with Kinnon and Co.

On the Cooper, almost five hours south of Longreach, passing through the townships of Stonehenge and Jundah, lies Windorah. Around 35km downstream from where the Thomson and Barcoo rivers join to form the multi-channelled Cooper Creek, Windorah is known as The Heart of the Channel Country and offers a welcome and interesting stop-off for travellers. 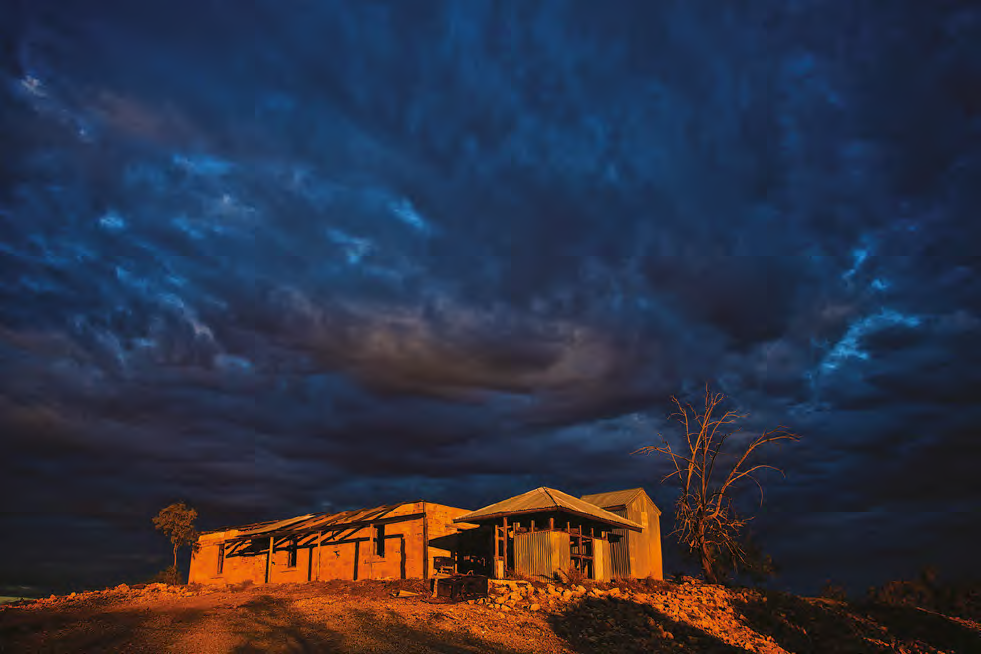 While the shire covers an area of 60,901km², the town has a population of just 60 people, with a further 40 living on surrounding stations. Windorah has some fantastic fishing spots and is an excellent spot for birdwatchers and water sports enthusiasts. For shutterbugs, the morning and evening light is spectacular as a backdrop for photographing the local historical sites, giant red sand hills and wonderfully atmospheric ruins.

As you continue south for another 380km towards the South Australian border, you will find Birdsville on the convergence of the Georgina and Diamantina rivers. Burke and Wills reached what tragically became their final resting place south of here, near Innamincka, and the Dig Tree where they left their initials in 1861 lives on in that region. The world-famous Birdsville Races in early September draws more than 7000 punters looking for a unique racing experience to the town that is usually home to just 100. 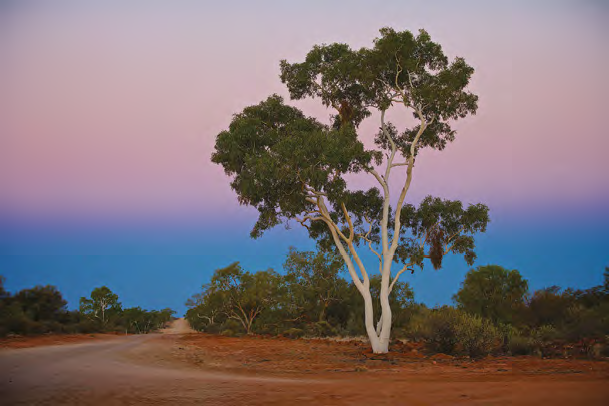 Up jumped the swagman sprang in to the billabong “You’ll never catch me alive!” said he … and his ghost may be heard as you pass by that billabong... You’ll come a Waltzing Matilda with me. Banjo Patterson: Waltzing Matilda (1895)

Commonly known as Australia’s unofficial national anthem,who can’t recite at least some of Waltzing Matilda? What may not be so well known is that Banjo was staying at Dagworth Station, near Winton, in January 1895 when he first heard the expression ‘waltzing matilda’ and visited Combo Waterhole on the Diamantina River where he stumbled across the skin of a newly-killed sheep. The Combo Waterhole, 132km north west of Winton, off the Landsborough Highway, is part of a series of waterholes currently protected for future generations. 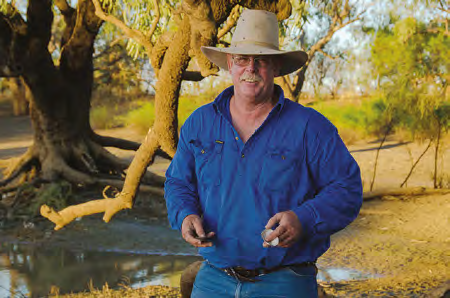 The turn-off to Combo Waterhole is well marked on the highway. The conservation park is accessible via conventional vehicle, although 4WD is recommended and vehicles are not permitted beyond the car park. Please ensure to check road conditions with Queensland Parks and Wildlife or the Winton Visitors Information Centre before visiting the park. 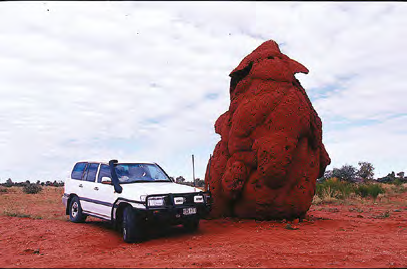 For more than 60,000 years, Indigenous Australians have lived in harmony with the ebb and flow of the harsh weather patterns that define the Channel Country and the rugged outback. Home to more than 18 Aboriginal nations, Channel Country was a major part of extensive indigenous trade routes. The heart of the country also connected many nations and dreaming pathways. Pituri, a woody bush that thrives in the sand hills of the Georgina River, was traded along with stone, pearls and ceremonial ochre.

The Diamantina River is known as Kurrawoolben or Kirrenderri which means lonely or alone. The Georgina River is called Joordri meaning gleaming belly. 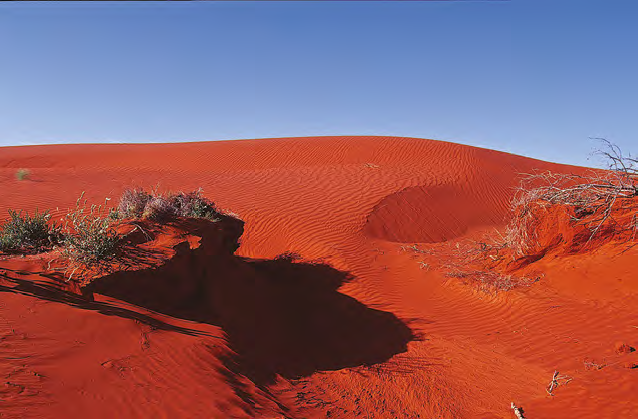 The story of the Mithaka people has fluctuated in time to the pulse of the rivers running through their country. Scott Gorringe is a Mithaka man, a Traditional Owner from country which is bordered on the east by the Cooper Creek and the west by the Diamantina River.

‘’All our stories either start or end at those waterholes,’’ said Scott Gorringe.

“When those rivers are healthy, so are we. When they’re low – and not much water is flowing – so are we.” 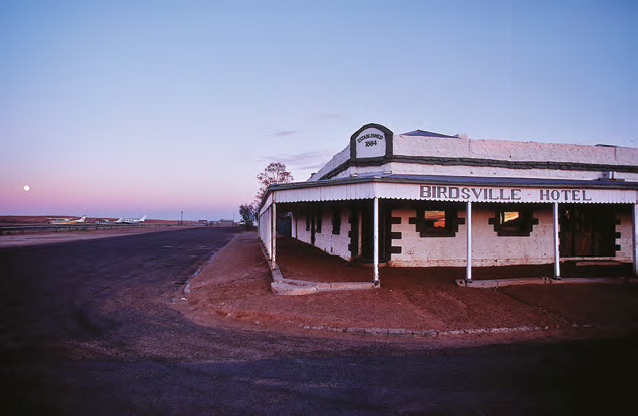 “These are the last major desert rivers on earth that aren’t seriously compromised. In fact, the Channel Country’s rivers are still healthy, while at the same time the story of other river systems in Australia is one of decline. Our rivers support healthy communities and sustainable businesses such as grazing and tourism. We don’t want our basin and its Channel Country to be the next Murray Darling. There is no need to repeat that mistake,” said Scott.

A common misconception among city dwellers is that the outback is ‘empty’. Around the Channel Country, for example, new species of plants and animals are still being discovered. Such is my collecting habit that I’ve been lucky enough to have had a species of skink, two species of cicada, a gecko, a plant and two  sub-species; a turtle, and a splendid wren named after me.

If you have an appreciation for all things great and small, the Channel County’s diverse landscapes offer many opportunities to seek out native wildlife. Eagle-eyed travellers could spot the shy and endangered greater bilby, dingoes, lounging red kangaroo, thorny dragons and, of course, the huge numbers of waterbirds that migrate from across the country and the world to breed and feed following the episodic floods.

There are so many faces and stories of the Channel Country. For those who are yet to pass through, we’d love to see you soon. You can take a break by a waterhole, under the shade of a coolabah tree like Banjo did, revel in the bright colours and unique wildlife or just follow the rivers – they’ll always lead you somewhere special.

Feel like a special bird’s-eye view of Lake Eyre? http://www.aircentralwest.com.au/Outback-Tours-pg21414.html

NP is 30km south-east of Jundah