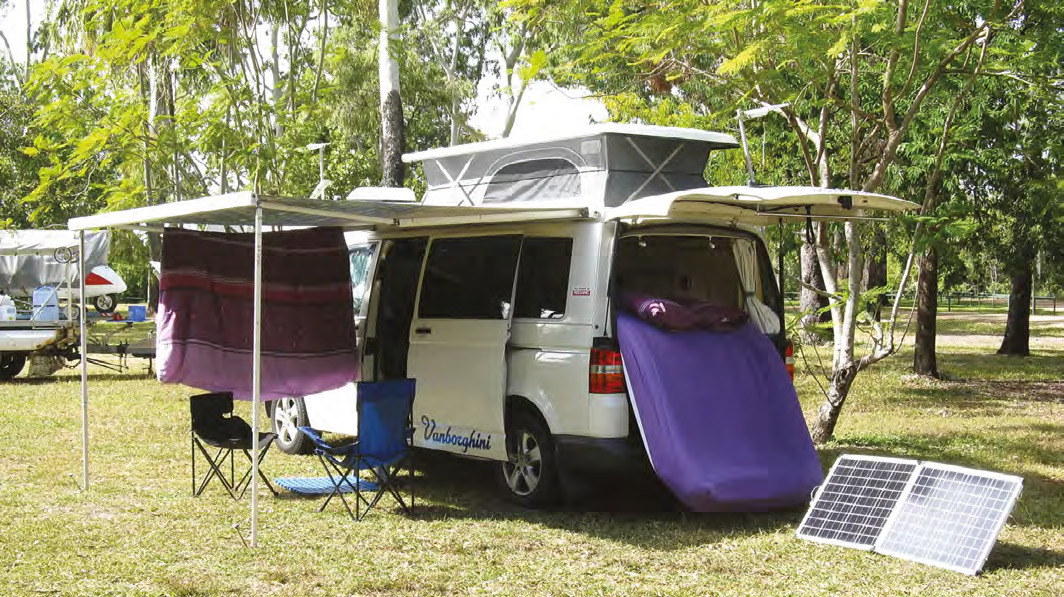 The advent of cheap, mostly Chinesemade, solar panels has enabled motorhomes and campervans to disconnect from the grid for a price and in a way not previously thought possible. But there are still many dilemmas to be solved and lots of fundamental questions to be answered before you get a good reliable system that will deliver electricity to power your motorhome or campervan when you need it.

When we built our VW Transporter campervan our idea was always to free camp as much as possible. In the last seven years we have spent almost a year camped out in our van but less than 50 nights in van parks and most of those in unpowered sites.

After running out of water, running out of power is probably everyone’s next biggest concern when free camping. At a minimum you probably run a fridge and some lighting, maybe a TV and some music. Unless you are a real hermit, staying in touch is a part of modern life and we are inundated with modern technology to help us do it like never before. Keeping phones and computers and all the associated peripherals charged when you are travelling is a full-time  challenge. We got into the routine of putting all the electronics on charge while we were driving. But if we weren’t driving they put an extra drain on the house battery.

Initially I thought we needed solar power for extended free camping. But retrofitting solar panels on the roof was going to create all kinds of issues and additional cost. Anyway, because of the size of our van, any extended stay in the wilderness is limited by the amount of food and water we can store. Realistically, we can only be completely self-sufficient for about a week before we have to  replenish our food. Besides, the gypsy in us wants to move on after three or four days anyway. So after some consideration, maybe our lifestyle didn’t require endless solar power after all.

I spoke to an expert who recommended a viable alternative solution to solar at a fraction of the cost. He suggested installing a DC to DC generator to ensure our house battery is quickly and fully changed when the vehicle is running.

When fully charged, I expected our 120 amp hour AGM house battery would be good for nearly three days without being topped up. I supplemented this with a cheap, 140W folding solar panel and began one of my big learning experiences.

Before we set off on our recent big lap of Australia I had a Redarc Battery Management System installed. This incorporates a DC to DC charger, an AC charger and a Maximum Power Point Tracking solar regulator all in one device, as well as a very comprehensive digital battery monitor, which tells us everything about the state and rate of charge of our house battery. It taught me that when it comes to battery charging, volts don’t matter, it’s amps that you need.

Some people’s lack of understanding of their campervan/motorhome electrics is breathtaking and the myths abound. One bloke told me about how he was getting about 12 volts out of his solar panels under a full moon. But he couldn’t work out why his battery was going fl at. He didn’t understand that he needed amps to charge his battery and he wasn’t getting any once the sun went off his panels, even in daylight. 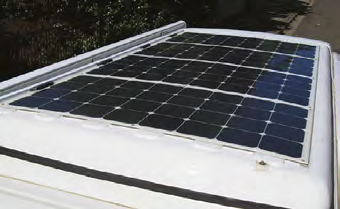 I learned the limitation of our solar panels the hard way. We were using more power than I expected and I soon found out that not all solar panels are created equal and ours were less equal than most. Although our folding panel was rated at 140W, it was woefully inadequate to meet even our modest needs. I’m amazed at the number of motorhomes and vans with just an 80W panel. A panel that small is nothing more than a sales gimmick.

On a hot day in the tropics our panel was flat-out running the fridge and charging the laptop (about four amp hours combined). There was nothing left over to top-up the house battery. And that was when the sun was shining brightly. If it was cloudy we were in real strife. Even short stays became problematic. 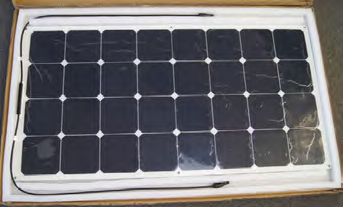 After running the fridge all night on the battery, if we only drove for an hour or two the next day, the battery was unlikely to fill to more than about 90 percent. Alternatively, if I put the solar panels out for the whole day in ideal conditions they didn’t top up the battery completely either. Over a long period, if I didn’t fully charge the house battery regularly the performance and longevity of our AGM deep-cycle battery would suffer. Adding an extra battery wouldn't give us any more power either. Unless I found a way of generating more power, I would just be splitting the available charge between the two batteries and they would both be chronically undercharged.

Unless I periodically connect to mains power, I rarely filled the house battery using just the van’s alternator and our solar panels. The solution was to get more and better quality solar panels. Even for our modest needs I considered 200 watts the bare minimum if I wanted to keep our house battery charged.

The other thing I realised was that portable panels take time to set up and store away, particularly as I stored ours under the bed with everything else on top. That meant I generally didn’t bother setting them up during short stops. I became very envious of van owners who had their panels on their roof which started charging the house battery as soon as the engine was switched off and the sun shone.

But like everything with a van, there are compromises with roof-mounted panels. You have to park the vehicle in the sun for them to work and that can be uncomfortable in summer. The orientation of the roof towards the sun is  not always ideal. You have to factor in the significant additional installation cost. The real cruncher on our van was the weight of conventional panels. We have a pop-top roof. The weight of the panels has to be taken into consideration if you expect to be able to raise the roof by hand.

I weighed up all these compromises but it wasn’t until I discovered lightweight flexible 100W panels for $200 on the internet that I decided to install roof-mounted solar. The panels weigh less than 2kg each and there is enough room to mount four of them on the pop-top without limiting our ability to raise the roof. 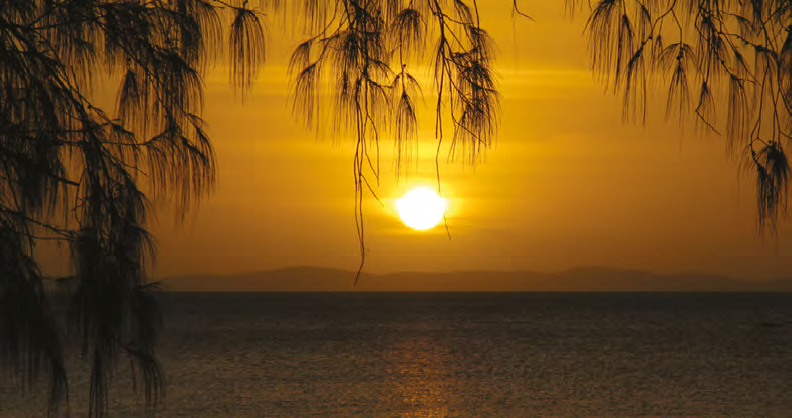 Sunset at Loyalty Beach. Stick with solar, it will serve you well if you adhere to the basic principles

With 400W on the roof I thought I had discovered the secret to endless power. I wish that was true. The problem remains that roof-mounted panels are only ideally orientated to the sun for a few hours in the middle of the day, depending on your latitude. The result is that in the morning and afternoon, even in ideal conditions, the panels are not generating anything like 15 amps.

Like I said, everything is a compromise. But a combination of falling prices and light weight has given us a solar solution we can really live with.