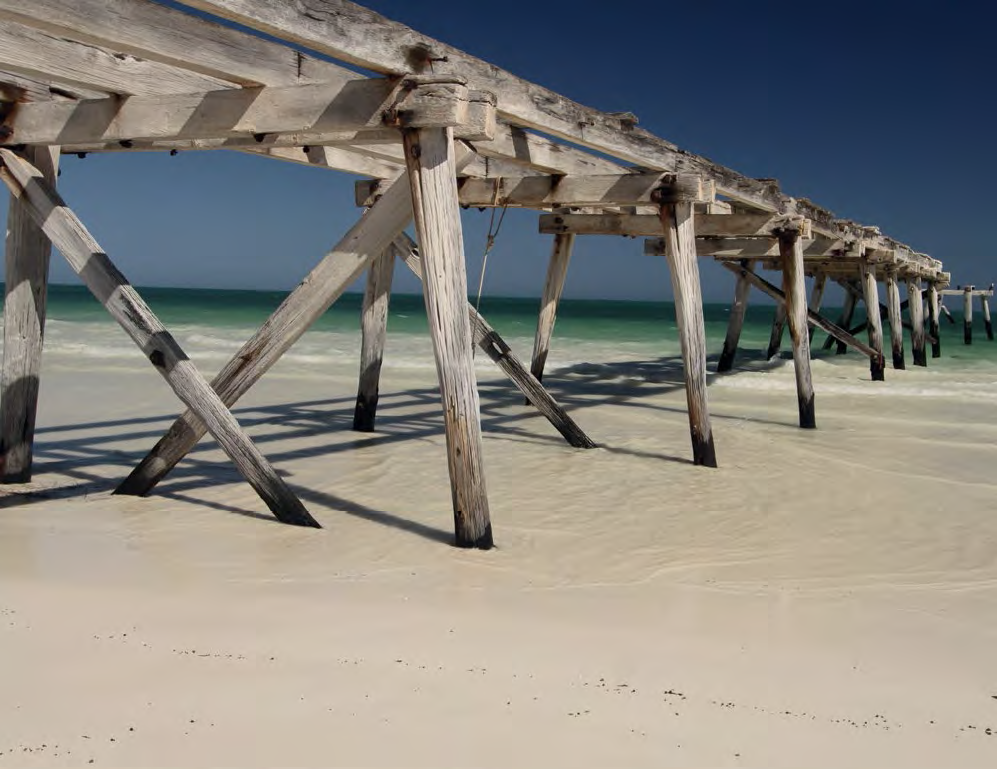 On the lonely stretch of coastline along the Great Australian Bight, approximately halfway between Adelaide and Perth near the South Australian and West Australian border, the sands of time are playing an endless game of cover-up with one of the nation’s most historic communication sites.

The original Telegraph Station built at Eucla in 1877, as part of the first eastwest land communication line across the country, was formerly a timber building until it was replaced in 1897/8 by the stone structure that can be partially seen today.

During the Station’s 50 years of operation, up to 600 telegrams a day were transmitted over galvanised iron (later copper) wire, strung between Adelaide and Perth. For its day, this was a very busy communication centre indeed. In those days the telegraph transmission equipment being used was not powerful enough to transmit a signal over the entire length of the wire, so a series of  repeater stations were needed to boost the signal along the way – and this is where telegraph stations such as the one at Eucla came in.

Between 1877 and 1909 when Eucla became an automatic repeater, the job had to be done manually. Telegrams would arrive along the wires in Morse code;  these were then copied down in longhand by a telegraphist and then sent out once again in Morse to its destination. Line maintenance across the country was a continual problem for teams of linesmen travelling hundreds of kilometres in camel drawn carts, often away for weeks at a time to keep the line open.

When the first station was built in 1877 on bare, open ground, the sands that now inundate the old building were little more than well vegetated dunes along the beachfront, approximately one kilometre away. By the late 1890s, residents of the small township here (numbering around 70 people) watched on helplessly as wave after wave of introduced rabbits invaded the area from the east, devouring huge amounts of vegetation as they came. It is reported that in a quest to quell the invasion, the South Australian Government sent hundreds of cats to Eucla. The cats, however, quickly tired of eating rabbits and took to eating local native mammals, birds and reptiles instead. 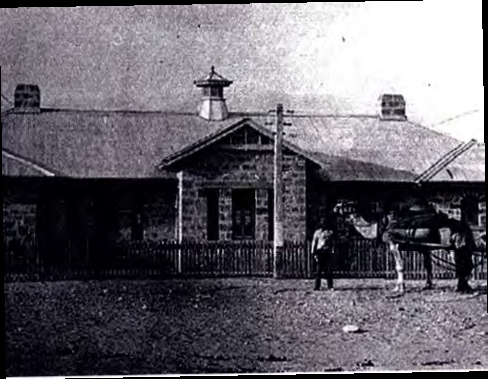 The Western Australian Government built the rabbit proof fence to try to stop the invasion into the state. In the meantime, most of the plant life from the dunes at Eucla had diminished and the sand was progressively being pushed inland by the relentless winds.

Eucla’s residents had to regularly sweep sand off the streets of the small township and virtually everything in town had to be covered up to protect against the constant windblown sands through their homes, outbuildings and the Telegraph Station. 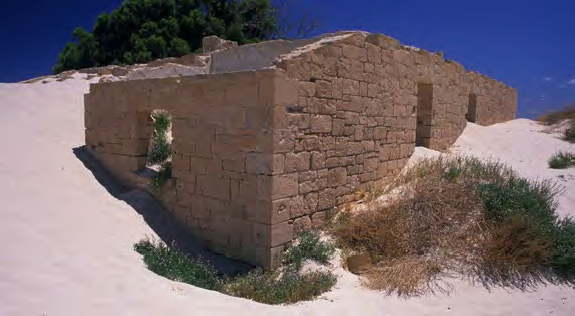 By the time the telegraph line was abandoned in 1924, replaced by a much more easily maintained line along the then new transcontinental railway, the rolling sand dunes were closing in, slowly engulfing the town.

It is reported that in the 1950s the whole town, including the old Telegraph Station, was rather sadly covered up. Since that time, however, with variation in wind patterns from time to time, the old building ruins are periodically exposed only to be once again submerged in the drifting dunes a few months or years later.