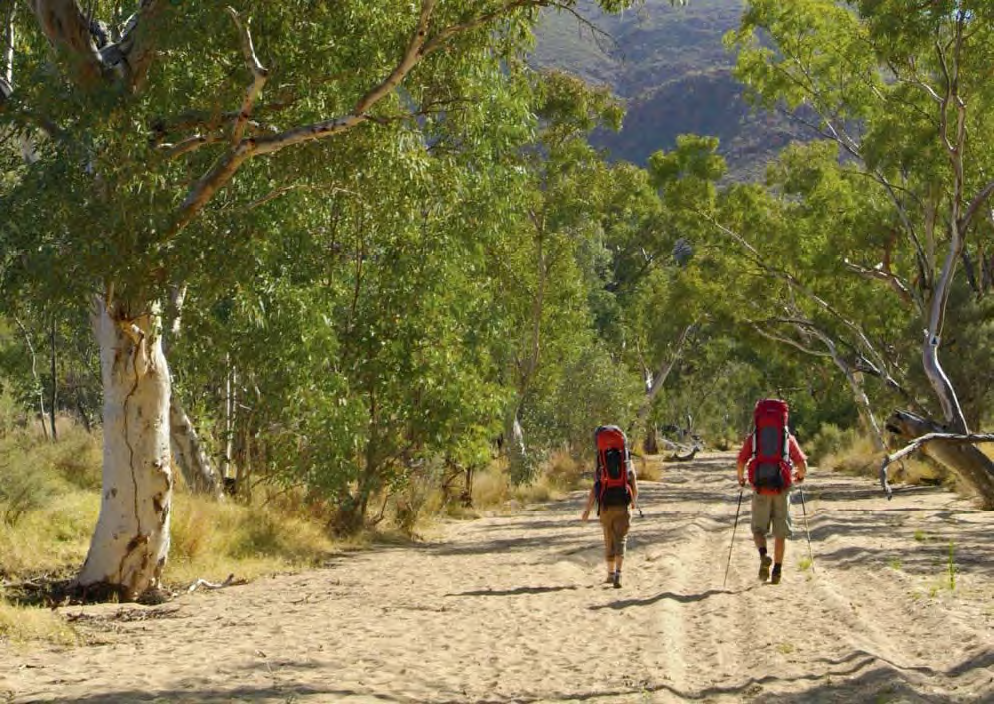 The Birthday Waterhole area on the Larapinta Trail. Tourism NT

There are so many great ways to explore this amazing country. Flight is easy but lacks engagement. Road is iconic, practical and fun. Rail has its chugging delights. There is even sail for those with a salty, adventurous spirit.

But the most basic of all is shank’s pony – and it can also be the most rewarding. A country with so much space is a joy to explore, but because of its size, sometimes you get lost in the big picture. Walking slows you down and literally lets you take time to smell the flowers.

Walking is a great Aussie tradition. Think about the swaggies who wandered the roads during the depression and the shearing strikes. Before them, the explorers; and before them, the original Australians walking thousands of miles to trade, meet distant tribes and learn the lay of the land.

Bushwalking is the modern form of that great tradition, and as with most modern things, it comes with a wide variety of choice. You can do it as rough or luxurious as you want; it can be a ten minute stroll or a ten week trek. It can be in pristine wilderness or along the outskirts of the big cities.

And as we discover, it doesn’t even have to be in the bush at all – some of the most intriguing walks are through the centres of the big cities. 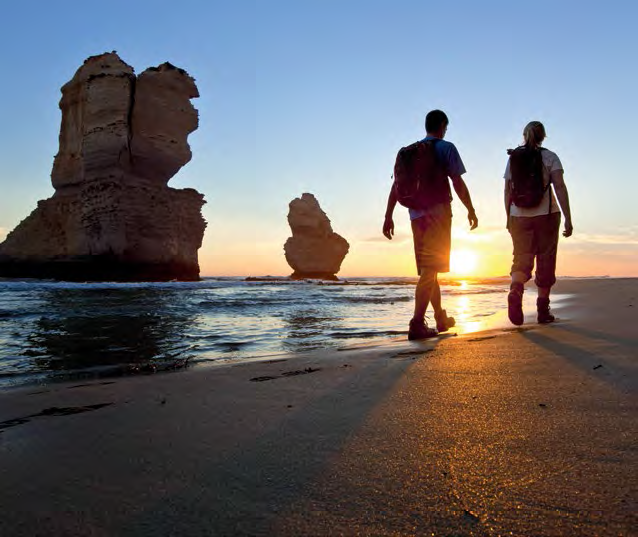 The Great Ocean Walk is one of the world’s most stunning tracks. Tourism Victoria

The Great Prom Walk is spectacular, taking in Victoria’s most loved National Park – Wilson’s Promontory in Gippsland. This is a 50,000 hectare reserve threaded with a labyrinth of walking tracks that showcase all manner of magical realms sheltering abundant wildlife. The walk  takes up to four days return for the 52 kilometre stretch. Bushwalking experience and a good level of fitness is required.

The Great Ocean Walk is one of the most amazing walks in the country, taking you through beautiful national parks, along deserted beaches and past pristine marine sanctuaries. Trekkers hike through a mixture of tracks, gradients and  surfaces, including beaches, rainforests, farmland, waterfalls, wind sculpted dunes, bushland and calcified cliff tops. Walkers can take on the track for a day, sample the finest sections over a few days, or take on the entire eight challenging days. Accommodation, guided and self-guided tours, transport, equipment and great food and wine are available along the walk.

The 44 kilometre Bellarine Surf Coast Walk offers natural beauty while enabling you to explore inspiring landscapes beyond the edge of the Great Ocean Road. Walkers can relish the rich ochre of the Bells Beach cliffs, the deep blue of Bass Strait and the leafy green of eucalypt forests. You can discover ancient Aboriginal traditions, fascinating surf culture and abundant wildlife as the walk connects with the coastal town comforts of Torquay, Anglesea and Aireys Inlet. 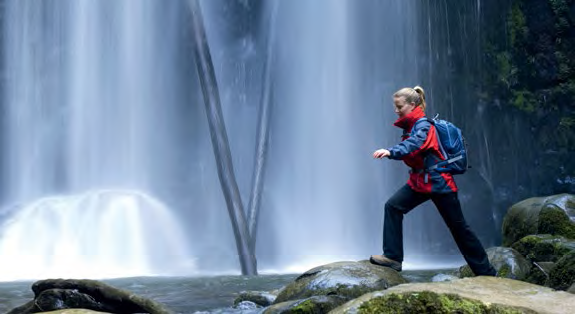 The Mornington Peninsula Walk is another trail that takes trekkers through a diversity of landscapes from bay to bush, cape to point. The 100 kilometre circuit incorporates short walk opportunities and four peninsula walks: Two Bays Walking Track, The Coastal Walk, Point Nepean walks and The Bay Trail – the scenic 28 kilometre shared trail that links Portsea and Dromana and winds its way past piers  and jetties, swimming beaches and the charming shopping villages along Point Nepean Road.

Last edition we mentioned a number of Australian Alps walking tracks and high country trails. These include the 650 kilometre Australian Alps Walking Track from the old gold-mining town of Walhalla ending near Canberra; and the trail to the summit of Mt Bogong (1986 metres) via the aptly named Staircase Spur, where the ascent begins through a forest of peppermint gums. Bivouac Hut, about  halfway along the climb, offers a welcome resting place before the track passes through snow gums and alpine scrub and out onto the summit plain. The eight kilometre walk is moderate with a steep grade and takes four hours one way.

The 16-day Great North Walk goes from the Sydney CBD to Newcastle. Although it’s for very experienced walkers looking for a challenge, this 250 kilometre bushwalking track is hard to beat. It passes through a number of parks and reserves, including Lane Cove National Park, and features steep-sided river valleys, rugged sandstone, mangrove swamps and plateaus. It’s not for the fainthearted but you can do small sections of it and it offers some of the best scenery in NSW. There are camping grounds and water facilities along the track.

Sydney Coast Walks, previously Royal Coast Walks, has launched new guided walks of South Head, North Head and Manly Spit Walks including a two day  walk from North Head to Manly, staying overnight at the Quarantine Station and then enjoying the scenic Manly to Spit on a guided trail.

Sydney’s Great Coastal Walk takes you the full length of coastal Sydney from Barrenjoey to the Royal National Park. It’s a magnificent seven-day adventure that can be broken down into distances of your choosing. One famous section is the hip urban beach trek from Bondi to Coogee. This six kilometre walk is even better during the Sculptures by the Sea exhibition from October 24 to November 10.

Other walks in Sydney include the Parramatta River Walk from Ryde Bridge to Parramatta, traversing many places of important heritage value; the Royal Botanic Gardens free guided walking tour; The Sydney Heritage Walk explaining the significance of sites around the harbour; the Rocks Dreaming Tour where you can learn about the natural world of Sydney’s billion-year-old harbour; and the Urban Walkabout through the Sydney Villages including Paddington, Surry Hills, Newtown and Mosman.

Other walks in New South Wales include coastal, mountain and forest treks. The 60 kilometre Solitary Islands coastal walk links a string of idyllic golden beaches, rocky headlands and lush rainforest along from Sawtell to Red Rock. National Parks has now created linkages between existing tracks through signage and trackwork at significant headlands.

Located just a short drive east of Kempsey, Arakoon has recently been proclaimed a National Park. Formerly a State Recreation Reserve, Arakoon’s centrepiece is Trial Bay Gaol, once an internment camp for detainees of German origin who were interned here during World War I. Then, stretching south from Arakoon National Park all the way to South West Rocks is Hat Head National Park, a 30 kilometre strip never more than a few kilometres wide including wetlands, dune systems, coastal heathlands, rainforest and palm forest.

Inland from Bellingen is the World Heritage listed Dorrigo National Park which includes some spectacular walks of varying difficulty.

The Gibraltar-Washpool World Heritage walk in Gibraltar Range National Park has more immersive and challenging walks over its massive 80 kilometre network of scenic trails. It goes through dry eucalypts, granite tors, and streams high above the Clarence River Valley on the edge of the Northern Tablelands. Expect open swamps and woodlands erupting in wildflowers during spring. 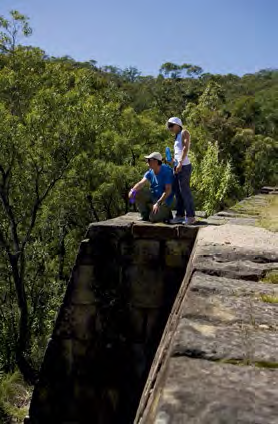 Of course, the Blue Mountains is famous for bushwalking. The Six Foot Track is one of Australia’s classic walks following the route of the original 1884 horse track that was carved through rock and bush to take tourists from Katoomba to the Jenolan Caves. It usually takes three days to walk the whole track, but shorter walks are possible. 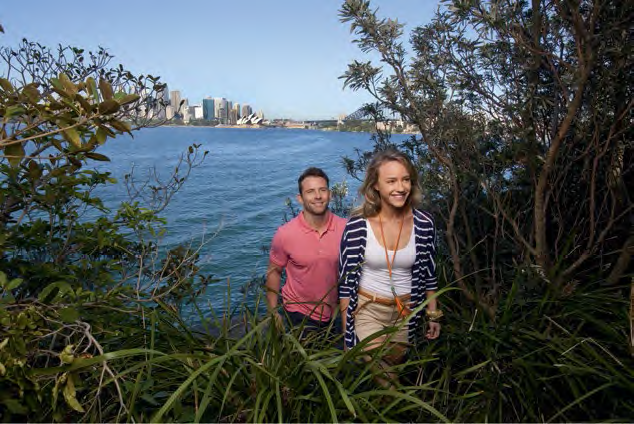 By the sea, under the sea

The Thorsborne Trail is a four to five day walk traversing the spine of the rugged and beautiful Hinchinbrook Island in Tropical North Queensland. It’s featured in Australian Geographic’s Top 10 Australian multi-day walks. Access to the Thorsborne Trail is either by private vessel, launched from Cardwell or Lucinda (Dungeness), or by the water taxi services.

The Ngaro Sea Trail climbs through dry rainforests, rolling grasslands and breathtaking views of the Great Barrier Reef and the Coral Sea from the summits of the islands, following in the footsteps of the Ngaro people, the traditional owners of the Whitsunday area. A unique and spectacular series of walks and sea  excursions are available, linking three Whitsunday islands: South Molle, Hook and Whitsunday. The trails ranging from 170 metres to 11kilometres can be enjoyed by people of all fitness levels and highlights many iconic features that have made the area famous including ancient rock art and rugged headlands.

And what about walking under the water? Helmet Diving enables nonswimmers to see the reef up close. Breathing fresh air delivered from the surface into your helmet you will walk underwater on a reef platform – you can even wear your glasses if you wish. 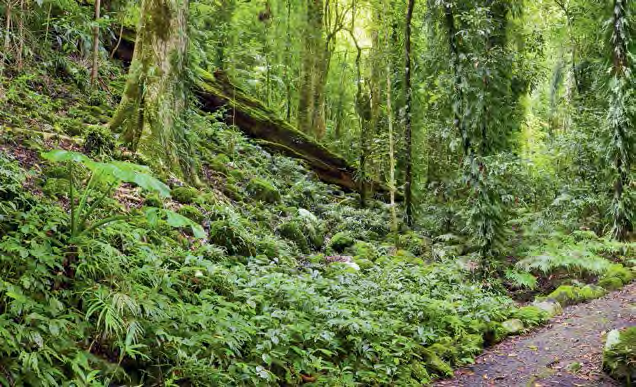 The 223 kilometres Larapinta Trail begins at the historic Alice Springs Telegraph  Station and follows the rugged backbone of the West MacDonnell Ranges through a number of scenic waterholes and gorges to the spectacular Mount Sonder. This region is an outstanding ensemble of rich colours, stark contrast, culture and wildlife.

It has long been recognised as one of the great treks of the World, as well as an inclusion in one of the seven Great Walks of Australia initiative in 2012. Recently, World Expeditions launched semi- permanent campsites on the trail, in a move aimed at delivering unsurpassed levels of comfort to trekkers in a climate known for its temperature extremes. 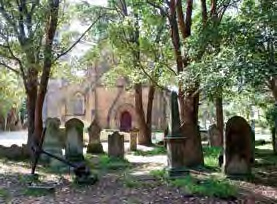 The Urban Walk in Sydney takes in places like Newtown and its historic sites. Tourism NSW

The 58 kilometre Jatbula Trail features stunning scenery, waterfalls and Jawoyn Aboriginal rock art. The trail is a four to five day walk that is only marked in one direction, from Katherine Gorge (Nitmiluk Visitor Centre) to Leliyn/Edith Falls. The Jatbula Trail is a long and potentially difficult walk. However, adequate preparation will ensure a safe and pleasant trip. Walkers must register at the Nitmiluk Visitor Centre before departing on the walk and report your arrival to the kiosk at Leliyn/Edith Falls.

The walk can be done independently or with an organised tour operator, like Gecko Canoeing and Trekking. Aside from walking and swimming in the local swimming holes, the birdwatching and rock art are stunning features of the trail. 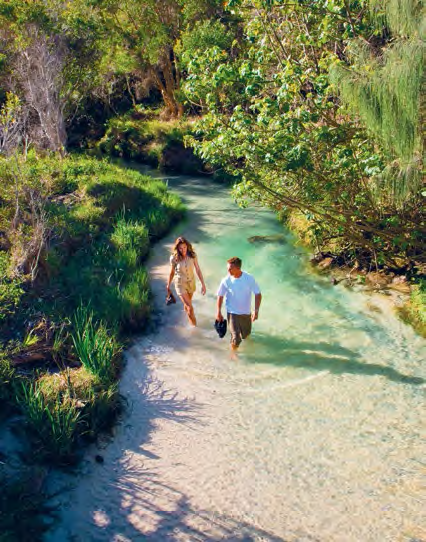 Another Great Walk of Australia is the Maria Island Walk off Tassie, which has recently been enhanced by the release of Tasmanian devils.

Walkers now have the chance to catch a rare glimpse of the endangered and notoriously shy devils. As part of a new initiative to ensure the survival of the feisty critters, a staged release of 50 healthy devils is being undertaken. They will be monitored closely by remote cameras, radio tracking and trapping. 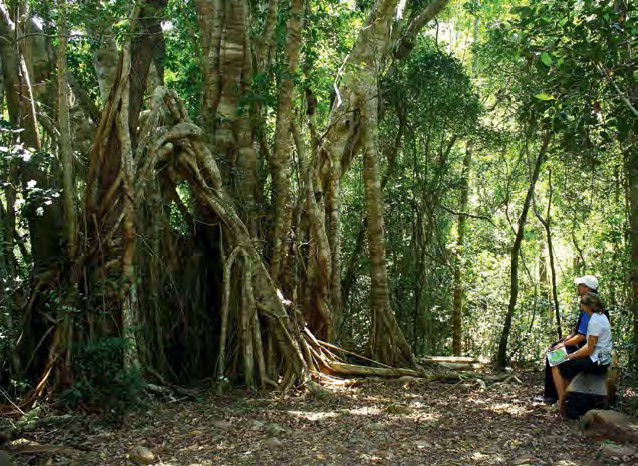 The Maria Island Walk is one of four Tasmanian walks listed in the Great Walks of Australia (GWOA) as part of its seven-walk founding member list.

The award-winning Cradle Mountain Huts Walk and the recently introduced and slightly more challenging Climb Every Mountain Adventure Walk, Freycinet Experience Walk and Bay of Fires Lodge Walk are also on the list. 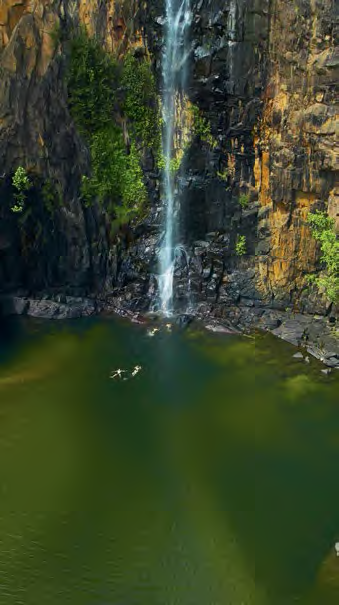 Western Australia’s Bibbulmun Track is one of the world’s great long distance walk trails, stretching nearly 1,000 kilometres from Kalamunda, a suburb in the hills on the outskirts of Perth, to the historic town of Albany on the south coast. It passes through the heart of the scenic south west of Western Australia.

The Track is for walkers only and is signposted with yellow triangular markers symbolising the Waugal, the rainbow serpent of the Aboriginal Dreaming. It takes walkers through towering karri and tingle forests, down mist-shrouded valleys, over giant granite boulders and along breathtaking coastal heathlands.

One of the seven Great Walks of Australia – the Bay of Fires. Tourism Tasmania

The Bibbulmun Track offers a wide range of experiences, from a gentle stroll to enjoy the peace and beauty of the natural environment, to an epic eight week adventure. Those who walk every step of the way can be registered as end-to-enders.

You can make it a wilderness experience by camping out, join a guided group, or do it in comfort by staying in the towns along the track and enjoy day walks in the area.