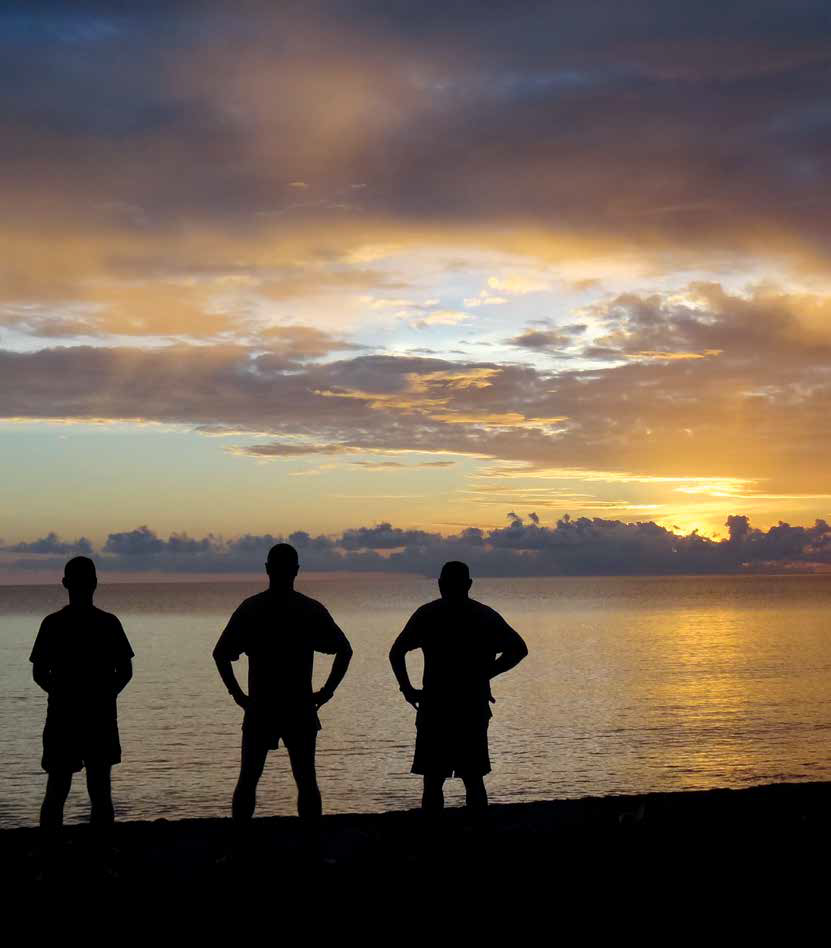 All right… statistically Australians have a higher chance of being attacked by a shark than in any other country in the world. But it’s not like it’s a daily threat, even for those of us who spend a lot of time around the water.

Since 1990, the odds of being attacked by a shark have hovered at around one in 2,705,000. To put things into perspective, since 1791 there have been just over 1000 reported shark attacks (not deaths) in Australian waters. That averages just-under five attacks a year, far fewer than the number of deaths from bee stings. Specifically, last year the results of Australia’s first study into venomous bites and stings found that bees caused 25 deaths over the past 13 years, with 12,351 hospitalisations, second only to snake bites, which caused 27 deaths in the same period.

Now the venom in a bee sting may be limited, the issue is the body’s reaction to it. A severe allergic  reaction to a bee-sting, anaphylaxis, can cause death without prompt medical attention.

So it’s the little things that will get you – and those that you may not have expected. 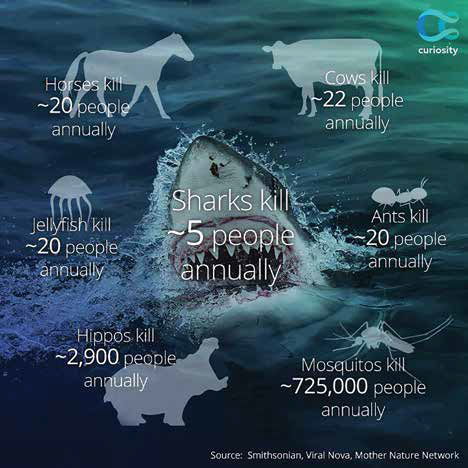 A Melbourne University study conducted last year indicated that more Australians have been killed by horses in recent years than all the country’s venomous creatures put together. Indeed, over the past 13 years, 19 people died from crocodile attacks compared to 74 deaths due to incidents involving horses.

But what about snakes? The fear of snakes is so common in Australia that campers commonly kill blue tongue lizards mistaking them to be deadly slitherers. Certainly some fear is warranted. Australia has about 140 species of land snakes, and around 32 species of sea snakes have been recorded in Australian waters. Of these, about 100 species are venomous, although only 12 are likely to inflict a wound that could kill you.

Be aware, though, that some people may have an anaphylactic response to snake bites — just as with bees.

So, when you’re out in the scrub, always carry a snake-bite kit and ensure you know how to use it. If a member of your party is bitten, watch also for symptoms of anaphylaxia. Administering adrenaline via an autoinjector (such as an Epipen) could be crucial.

Scorpions get a bad rap, but you might be surprised to learn that Australian scorpions, unlike those found in the Middle East, North Africa and Central America, won’t kill you. More likely, our version will inflict a painful sting that can cause inflammation and pain for several hours.

The scorpion species you are likely to come across here are the Brown, Desert and Forest Scorpions. Remember, you are not on their food chain (they prey on beetles, cockroaches, spiders, slaters, centipedes and millipedes), so they won’t actively seek you out. You’re most likely to be bitten when a scorpion reacts instinctively to your intrusion when you’re scavenging around for firewood.

Similar principles apply with spiders. It’s interesting to note, though, that the introduction of anti-venoms has resulted in very  successful treatments and a sharp reduction in fatalities. The redback anti-venom was introduced in 1955 and that for the funnel web was introduced in 1980. Since then, no deaths had been recorded from spider bite until a young man was bitten by a redback while on a bushwalk in 2016.

The key here is to get medical attention sooner rather than later. 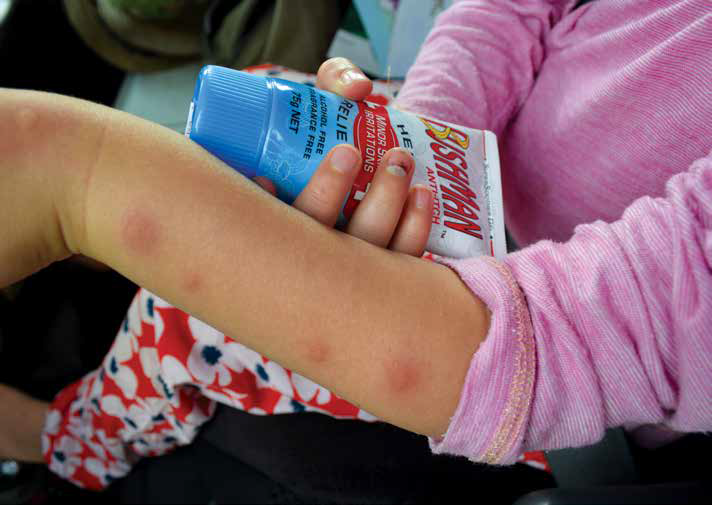 Most people have been bitten by a mosquito at some time in their lives. Usually this causes no more than an itchy swelling, causing discomfort for a day or so. However, according to the World Health Organisation, mosquito bites result in the deaths of more than one million people around the globe every year.

Many of us associate mosquito-borne viruses only with tropical climates, but experts tell us that they’re spreading to the southern parts of Australia, even Tasmania.

Recently we picked up a brochure on the way through South Australia called Fight the Bite, which warned of serious mosquito-borne diseases  for which there are currently no cure and no vaccine. The list included Ross River virus, Barmah Forest virus, Murray Valley encephalitis, Japanese encephalitis, Dengue and Chikungunya virus. There have even been cases of the Zika virus in Australia.

The mosquito that carries Zika — Aedes aegypti — is the same species that carries Yellow Fever. In Australia, this species is mostly found in far north Queensland. 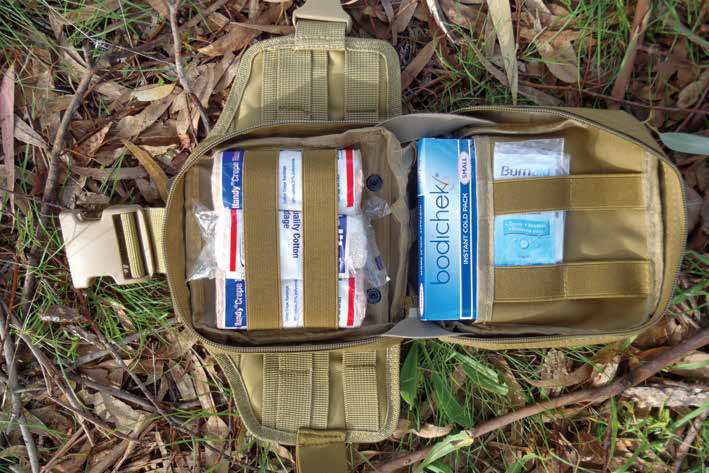 So what does all this mean? Simply that we all need to take responsibility for our individual safety and maintain vigilance when we’re in the territory of known dangers. For example, the best feeding time for sharks is at dawn and dusk. So, if the sign says ‘Stay out of the water’ then it’s best to do so.

When picking up firewood, be vigilant rather than complacent. And remember, things that like the  dark, such as spiders, scorpions and centipedes, might like to have a little rest in the boots you left outside last night.

As for mozzies, the only way to protect yourself and your family is to avoid being bitten. Many mosquitoes bite around dusk and dawn, but some can bite day and night. Apply insect repellent containing DEET or picaridin and wear long, loose-fitting, light coloured clothing, covering as much of the body as you can. 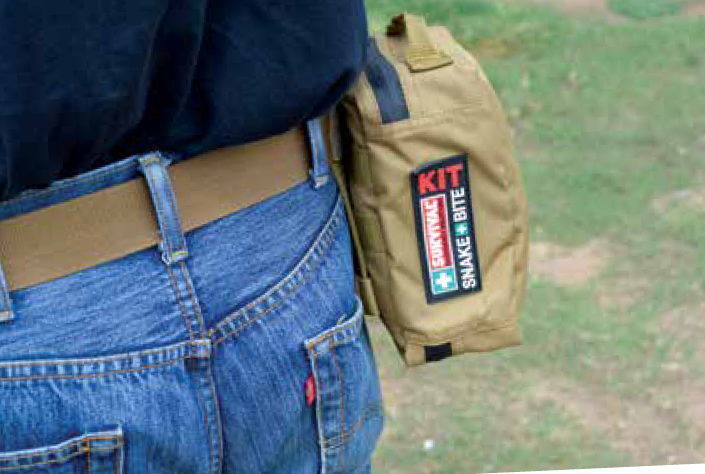 This list was developed by the Australian Museum in Sydney. Museum staff gave creatures a score out of 10 based on the threat they pose, combined with the likelihood of encountering one. 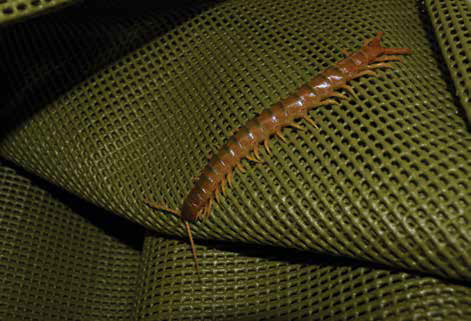 Almost 600 people in Australia are admitted to hospital with snake bite each year. Here are our expert tips to avoid being bitten:

1. Wear boots and long pants when in the bush. We also recommend wearing custom snake gaitors such as Snake Guardz.

2. Be extra vigilant when collecting firewood.

4. Most snakes live off insects, rodents, birds, eggs, fish, frogs, lizards and small mammals. You are not part of their food chain. Let them know that something too big for them is coming their way and stomp every now and then to warn them to get out of your way.

5. Stick to trails, avoid long grass and, if you can hear frogs, stay alert as snakes are likely to be nearby.

6. Never hunt, fish or bushwalk alone. Friends can help you when you’re in trouble and the more of you there are the more likely snakes will hear or feel you approaching and move out of your way.

7. Don’t make a snake feel trapped. Leave it with an avenue of escape. 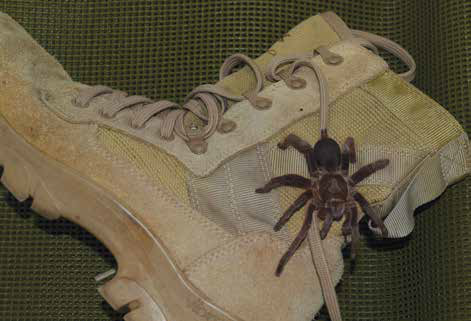 Here’s the easy bit: always carry two compression bandages (10cm) and one heavy crepe bandage (7.5cm) at minimum in your snake bite kit. These items are readily available from your local chemist, and can also help with sprains.

We also recommend that you include measures to deal with stings and burns. After all you’re more likely to be stung or bitten by something other than a snake, so include an ice pack, iodine swabs and burn gel.

The trick is to have this gear on you when you need it. For between $30-70, you can buy a basic pre-filled ‘Stings, Bites, Sprains and Burns Kit’ - already packed in an assortment of carry cases. Some have more gear than others, and some have room for Epi-pens and asthma puffers. 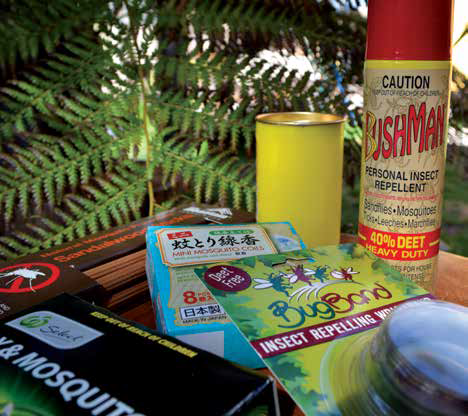