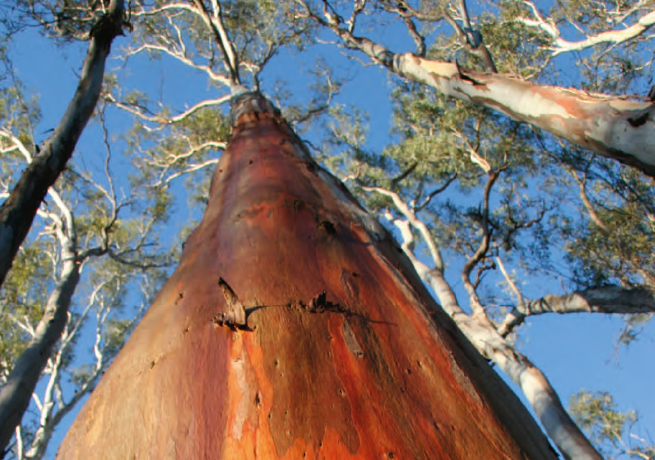 The mighty Murray River and its spectacular river red gum forests are a sight to behold. These floodplain ecosystems are unlike any other on the planet. This timeless cycle of water and the merging of forests and wetlands sustain an incredibly rich and diverse abundance of plants and animals. As the Murray and its tributaries meander towards the ocean they flow through the iconic but imperilled river red gum forest – the largest of its kind in the world. This landscape is one of the most unique and fragile landscapes in Australia with the river and the forest having an important interdependence. 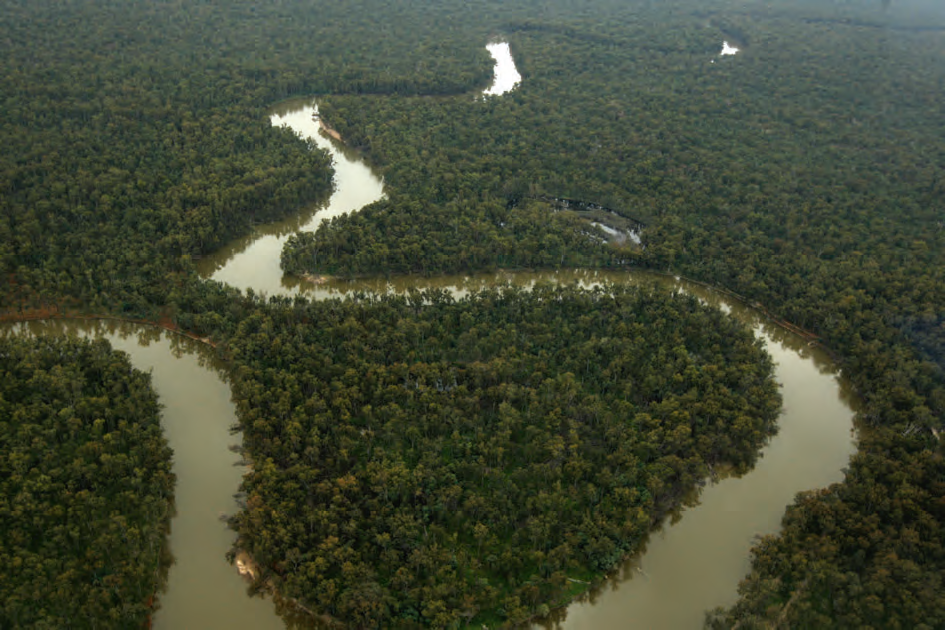 Floodplains are the larders of river systems. The river red gum forests act as filters for the river, shifting and sieving nutrients throughout the floodplain. These forests play a fundamental role in the health of this whole ecosystem as there is a complex symbiosis between them and the river – a healthy river needs healthy forests.

Across the whole wetland landscape of this region, the native animals and plants are very sensitive to the impacts of intensive industrial activities such as logging, grazing, damming and irrigation. This landscape provides crucial habitat for the majority of threatened species in northern Victoria, including the barking owl, blue-billed duck, squirrel glider, carpet python and Murray cod.

Red gum wetlands are recognised as globally significant for migratory birds from north Asia, such as the Japanese snipe and the spine-tailed swift. Every year millions of waterbirds from around the world rely on floodwaters to turn these forests into vast wetland breeding sites. Red gum wetlands also provide  benefits to surrounding agricultural districts by harbouring insect-feeding birds and crop-pollinating insects.

For thousands of years humans have also had a healthy relationship with this environment and it continues today to attract bushwalkers and enthusiasts of wildlife, fishing and boating, among other activities. However, in recent times we have seen a greater need to protect these areas and there have been significant steps made in achieving this. 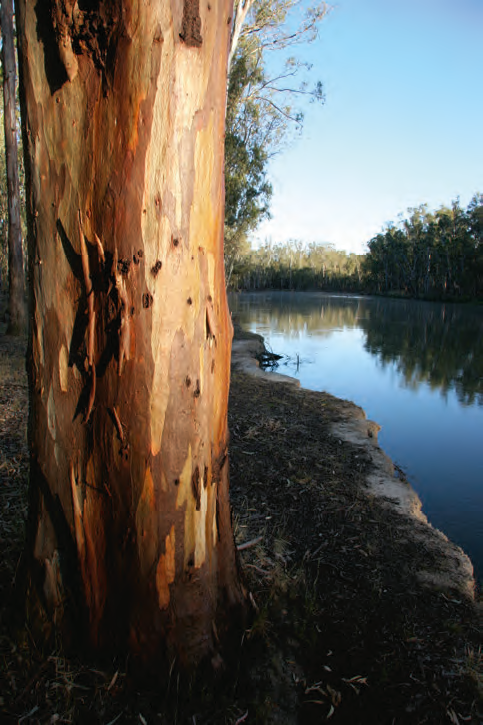 In November 2009, the Victorian parliament gave the go-ahead for the creation of almost 100,000 hectares of new river red gum national parks from Lake Hume to the South Australian border. The outcome followed more than 20 years of work by conservation, community and Aboriginal groups and is one of the greatest wins for the protection of nature in Victoria’s history.

The creation of four new red gum parks – the Barmah, Gunbower, Lower Goulburn River and the Warby Range- Ovens River national parks – was a historic and far-sighted decision that has proven to be good for the environment, the sustainability of the local economy and aspirations of the region’s Indigenous people.

Prior to this, one of the regions to be protected early on was the Hattah-Kulkyne National Park (NP) with its iconic Hattah Lakes. 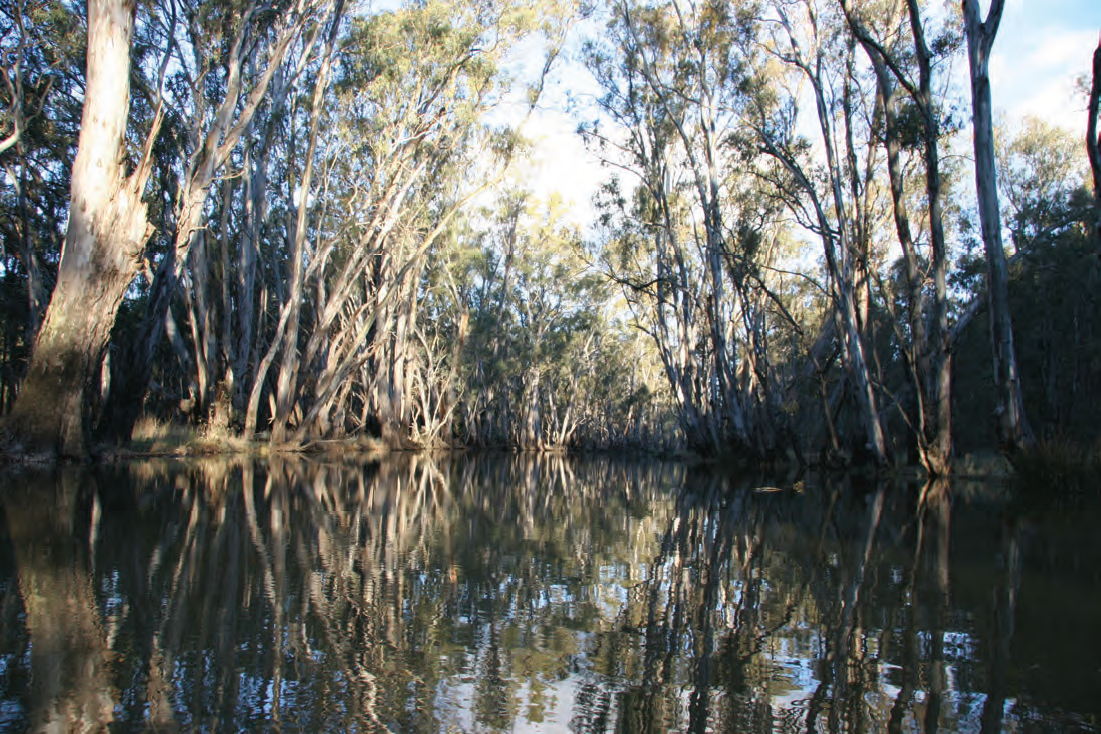 Hattah-Kulkyne NP is around an hour’s drive west of Robinvale. This 48,000 hectare park is one of only three Biosphere Reserves in Victoria. During flood periods, the lakes are recognised as some of Australia’s significant wetlands under an international agreement (the Ramsar Convention) for the protection of wetlands.

This region has been inhabited from as long ago as 40,000 years. The river red gums bear scars from where indigenous people carved shields and canoes out of the bark.

To protect the beauty of the Hattah Lakes from the damage being caused by grazing, a sanctuary was formed in 1915. In 1960, the sanctuary became a national park and in 1980 the adjacent Kulkyne State Forest was added to form the Hattah-Kulkyne NP and Murray Kulkyne Park.

The lake and dry-country habitats are a haven for more than 200 bird species. Sit yourself down in a quiet spot and watch for apostle-birds, white-winged choughs, pink cockatoos, Mallee ringnecks and rosellas. Hattah is the stronghold for the endangered regent parrot and the similarly at-risk Mallee fowl breeds in the park. Waterbirds include pelicans, spoonbills, herons and numerous species of ducks. At dusk and dawn, emus and three species of kangaroo – the red, western and eastern grey – can be seen feeding. Walks lead from the main campground at Hattah Lake to nearby lakes; past beaches and through fringes of river red gums, black box woodlands and stands of Eumong wattles. The best time to do these walks is from autumn to spring. After flood periods spectacular wildflower blooms provide bursts of colour.

The Woodlands Walk (2.5km, one-way) starts at the Hattah- Kulkyne NP Visitors Centre car park and connects to the Camel Pad Track. It allows you to walk the 8km to Lake Mournpall campground avoiding the car traffic on Mournpall Track.

When the water levels are up the lake is excellent for canoeing. Picnic and camping areas at Lake Hattah and Mournpall have pit toilets, tables and fireplaces. Check the self-guide notes at the start of the Hattah Track for nature drives through the park. Tracks may be impassable after rain or too sandy for some vehicles but most are suitable for two-wheel drives. 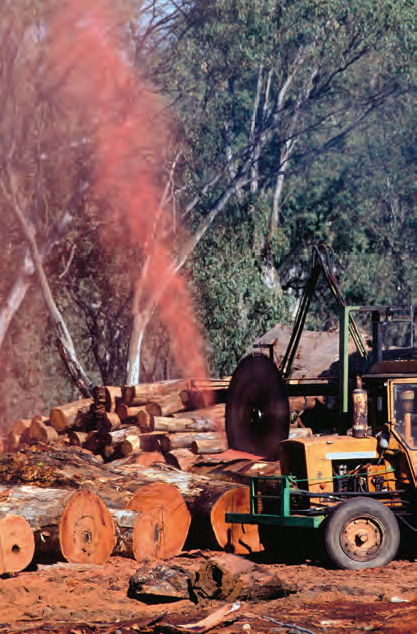 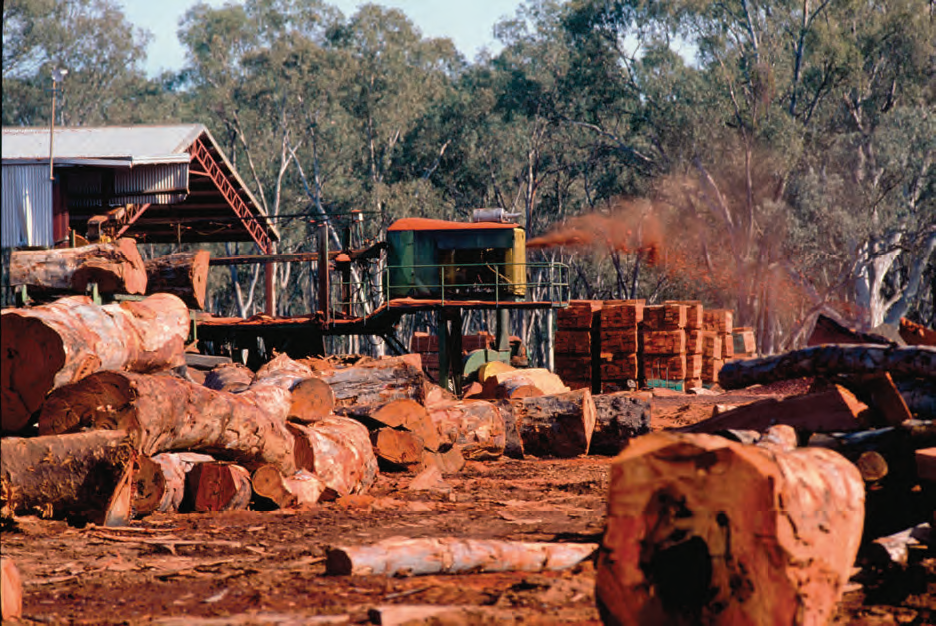 Robinvale is a picturesque town situated on a peninsula surrounded on three sides by the Murray River. The town is named in memory of Lieutenant George Robin Cuttle, who was killed in action during air combat over France in 1918. You can experience a bygone era of the district by visiting Robinswood Homestead in McLennan Drive that was built by the Cuttle family in 1926. The Rural Life Museum is another place to get a great taste of local history.

Robinvale is known for the production of grapes, olives, carrots and almonds. The largest explosion of almond blossom occurring in the southern hemisphere each year has given rise to the Mallee Almond Blossom Festival which is held on August 25 at the Robinvale golf course. If you miss this festival, you can sample local produce is at the Robinvale Community Growers Market, which falls on the third Saturday of every month.

Robinvale Wines is a family-run producer of quality wines and non-alcoholic beverages. The Caracatsanoudis family tries to increase public awareness of the harmful effects of pesticides and chemical contaminants and are personally committed to the  principles of bio-dynamics. Their vineyards are environmentally friendly and ecologically safe.

Like the Hattah-Kulkyne, Barmah NP is a unique wetland system of international significance protected under the Ramsar Convention.

In 2010, Barmah NP was created in Victoria after a long campaign and more than four years of independent investigations and public consultation.

Best known as the largest river red gum forest in the world, the Barmah-Millewa forest has some stands that are more than 400 years old. This 28,500 hectare park is another large floodplain and wetland area, with flooding of the Murray River occurring sporadically, both naturally and due to regulation of the river flow.

To get the most out of your visit and see this area teeming with life you should visit during a wet year when the forest is transformed into a swamp which supports a wealth of species, including a large number of birds such as spoonbills, egrets, cormorants and ibis. It is also an important breeding area for rare and threatened species such as the superb parrot, freckled duck and Latham’s snipe. The bird observatory at the Reed Beds (east of Mathoura in NSW) is a great place to view some of the area’s spectacular wildlife and contains information on commonly seen birds. You can reach the hide via a short walk from the car park off the Picnic Point Road so bring your binoculars and cameras. This forest is also a haven for reptiles and amphibians. If you tread lightly you are likely to see a  number of other native animals, including kangaroo, koala, emu and possum. The Barmah Lake is popular with day visitors and campers. A small tourist boat, MV Kingfisher, operates from the lake offering cruises of about two hours in duration.

The beauty and value of these areas have recently come under threat. In an alarmingly regressive step, the Victorian and NSW governments have made plans to send commercial logging machinery back into the Barmah-Millewa National Park, to conduct a kind of scientific experiment known as ‘ecological thinning’.

This means logging red gum trees with mechanical harvesters in around 400 hectares of the park, building roads and using herbicide in this sensitive environment. This perverse ‘scientific logging’ trial could be used as a model to push for further destructive activities in other national parks across Australia. To find out more visit www.vnpa.org.au.

Another threat to red gum forests in this area is the harvesting of firewood. You can make sure you make a sustainable choice of firewood by reading The Sustainable Firewood Guide HERE.

What these forests really need is continued protection and a return to natural flood conditions, which limit the growth of young saplings and allow the bigger trees to thrive. River red gum forests have been through hard times, but these ecosystems hang on in there. By visiting these areas and standing up for them, you will be ensuring they flourish into the future.

Hattah-Kulkyne National Park is around 63km west of Robinvale on the south side of the Murray River, in Victoria. Supplies are available from Hattah, Ouyen and Red Cliffs. The Barmah National Park is about 340km from Robinvale, and around 25km each from Echuca or Nathalia. Supplies are available at these townships. Park access is through the small township of Barmah. Mildura, Ouyen, Red Cliffs and Robinvale offer caravan parks, motels, hotels, apartments and B&Bs.

For both these national parks, check track and road conditions, especially after heavy rain. Tracks may be too sandy for some vehicles but most are suitable for two-wheel drive when dry. Up-to-date travel conditions can be found at www.parkweb.vic.gov.au