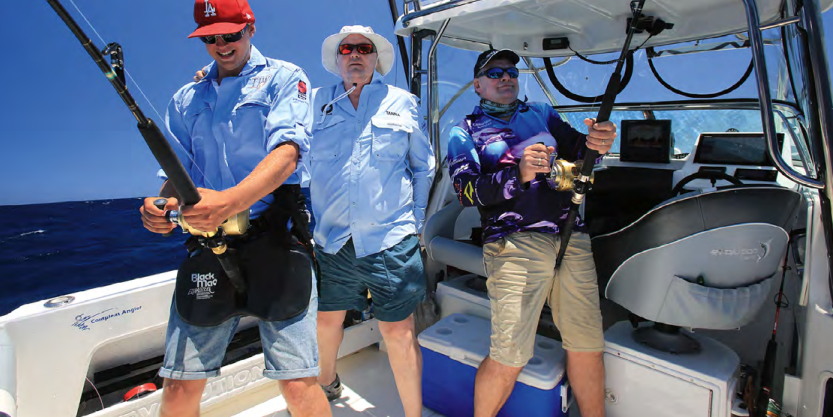 Catching a fish is what we all strive for as anglers, but if there is one thing we all want even more it is a double or even a triple hook up. It’s natural we always want to catch more, it doesn’t matter what species it is, suddenly it’s a lot more fun when everyone hooks up simultaneously. It gets even better when you score a triple or even a quadruple hook up. Mind you, the more fish you hook up the messier things become, especially when we are talking big fish but, you know what? There isn’t an angler out there who would ever complain about it.

Over the years I have had some memorable multiple hook ups from big Spaniards (ole!), which is complete chaos, to the more subdued, such as a triple of squid. It doesn’t matter what species we are talking about – from bream to ferocious GTs – you always have to get more than one. Some of the craziest times have been with big pelagics like bluefin tuna or marlin. One minute you’re cruising then a split second later it is complete bedlam as every rod screams off. Unfortunately, this scenario rarely ends in success and inevitably some or even all the fish fall off.

In New South Wales one of my favourite species is the kingfish and it is no coincidence that they are perfectly suited to multiple hook ups. Some time ago I hosted an ungainly gang of misfit fishos and we had an absolute ball turning single hook ups into multiples all day long on live baits and lures.

Turning a single hook up into a multiple is anything but a fluke; instead it is all about maximising the situation and being prepared. When trolling live baits I always have a Roosta popper rigged and ready to cast. As soon as we have interest in the baits someone flicks the lure out on top. Alternatively, if we see any surface action we can instantly cast the popper at it. The key is to act fast and then as a backup, after hooking up on the popper, there is a good chance the live baits will go off as well. This sort of quick reaction is exactly what turns an average day into an amazing one . 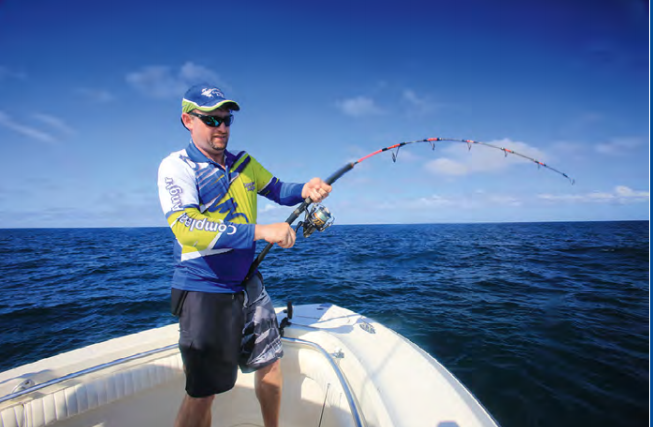 It is something that doesn’t happen without preparation and planning. A decent casting rod can cast the lures right out and reach the action well before the lives are in the strike zone. Developments in composite materials makes the modern rod far more responsive and when combined with thinner braided lines we find ourselves casting much further and of course the reels themselves are much stronger making it easier to land these big kings.

I should also add that when we hook up on the popper fighting the fish to the boat often brings its mates as well so the baits will then get interest, resulting in multiple fish, so it really is a win-win situation.

Another hint is to always have a spare outfit rigged and ready to go. If we miss a fish or get drilled in the reef instead of re-rigging we just grab another outfit and get straight back into the action. This obviously takes a bit of planning and preparation but the bite is often so short and intense that you simply can’t waste any time. One moment the fish are snapping their heads off then they are gone in a flash – you really need to take advantage of it as opposed to re-rigging. That day we consistently turned single hook ups into doubles and triples beefing up our tally dramatically by simply having everything rigged and ready for action with back-up tackle. 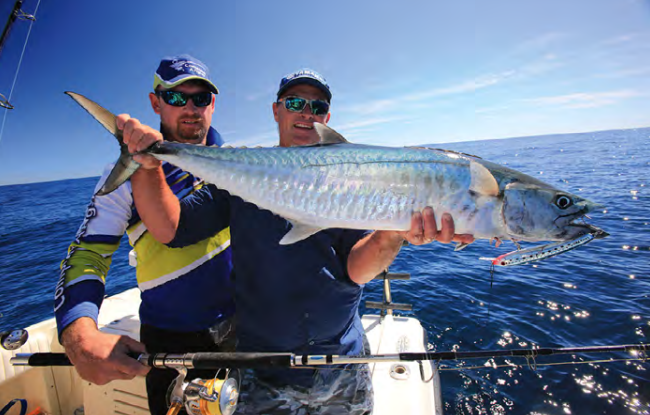 One final trick I like to employ is to always keep the baits in the water. The moment you hook up on one outfit then keep the others in the water. All too often anglers reactively pull their lines in as soon as someone hooks up, however, on the good ship Strikezone, we do the complete opposite. In fact, we often put more gear in the water. At the end of the day I’m all about getting connected, and who knows, the fish may only come on the chew once so I need to get as many hooked as I can because that is triple the fun. 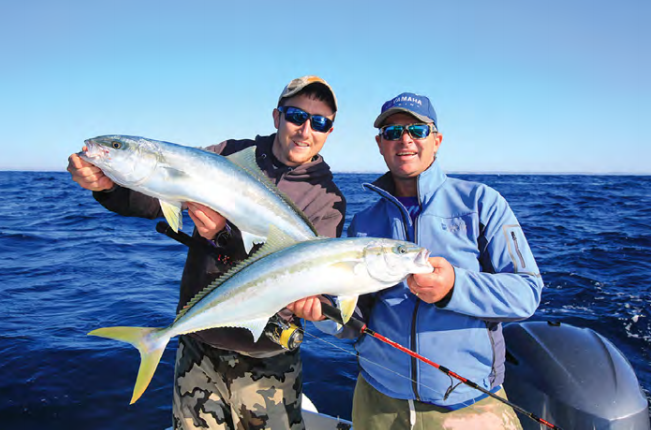