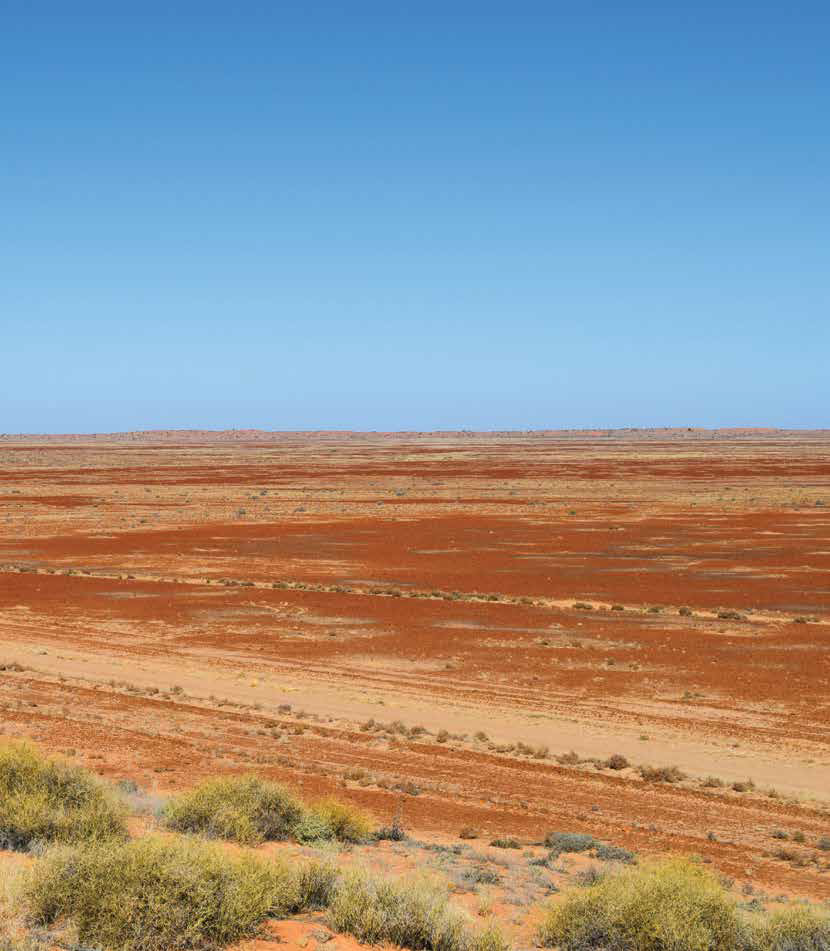 Summer is here and, as the weather heats up, many of us will take to favourite water holes to cool down. And when we do, we may remember the water safety mantra from Aussie swim coach Laurie Laurence’s ‘Kids Alive – Do the Five’ campaign from 1988 the initiative that aimed to reduce the number of children who drown each year, particularly in backyard swimming pools.

However, it’s worth remembering that the risks around water aren’t limited to children. In the Royal Life Saving 2018 National Drowning Report, 249 people drowned in Australian waterways and more than 550 people were hospitalised for non-fatal drowning. Of those drownings, 76 per cent involved people over 25 years old. Indeed, more than 46 per cent were aged 45 and over – almost half!

When travelling in remote areas without access to assistance in an emergency, it’s important to have a good grasp of the incidental risks, whether it’s the risk of drowning or other dangers that can turn a day on the road into an ordeal.

The four universal Principles of Survival are: Protection, Rescue, Water and Food, which can be remembered with the mnemonic: Please Remember What’s First. To these we like to add an introductory principle – ‘Tell Someone.’

So, let’s look at all five rules and some examples of how they may apply for you this summer. 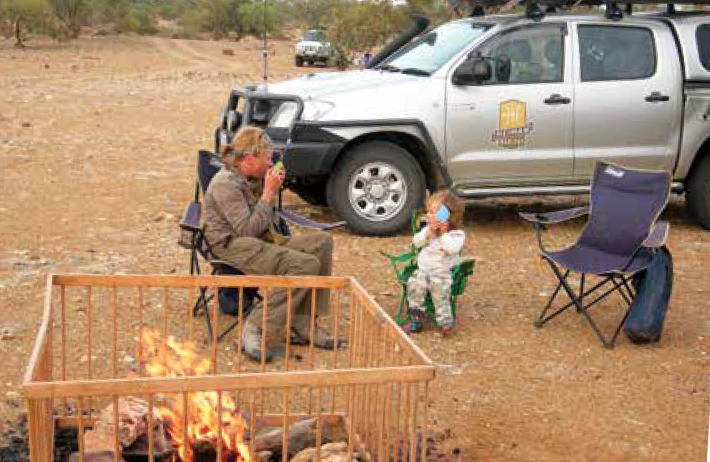 One of the best ways to keep safe on the road is to ensure that you’re not ‘going it alone’. In many cases, it makes sense to travel with others, for back-up in a mechanical or medical mishap, or simply for company.

But whether we’re in a vehicle with family on a remote track or just taking a walk away from camp for some bird watching or fishing, the rule is the same: tell someone where you’re going.

Before departure, it makes sense to tell loved ones the key dates and expected milestones of your trip in writing, or at least electronically. List who you’re travelling with, what route you intend to take and some contact details. And make a habit of calling in every few days, especially when you vary your travel plans.

While these precautions may seem like overkill, they’re not. Once you’ve left home, it’s likely that even close friends will forget what you told them about travel plans before  you left – particularly if they’re trying to remember because you’re missing and the police are asking for details on your whereabouts.

The same goes when you leave camp – even if it’s only for a short while. Someone in your travel party needs to know where you’re going and when you intend to be back. No ifs, no buts. Accurate information will help rescue services search for you. Your life may depend on it.

PROTECTION IS A PRIORITY

Whether you’re faced with a life threatening situation in a bushfire or flood, exposure to extreme weather conditions or a dangerous  animal, the first priority is to protect yourself.

There are four elements to consider:

We’ve come a long way from sunbaking on the beach. When it’s hot, a common response is to keep taking clothes off, but it makes far more sense to stay clothed with loose and ventilated clothing, preferably in two layers. This ensures your sweat is trapped close to your body, helping you stay cooler for longer. If you don’t do this, your sweat just evaporates into thin air without achieving the cooling your body needs.

Add a brimmed hat and you’ll go a long way to remaining comfortable and hydrated. The Frillneck Australia range of caps is a great option. Their flap of material at the rear provides protection from UV rays both from above and reflected off the water, to shield the face, neck and ears from all directions. 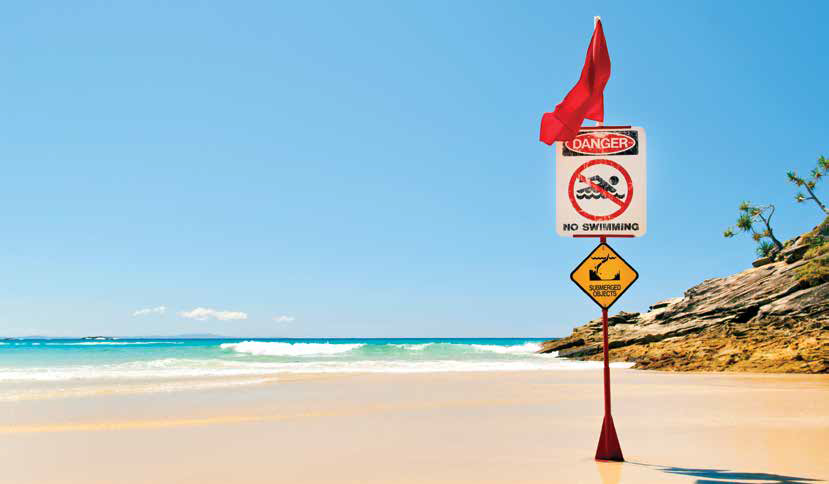 Teach kids to swim and remain proficient yourself

Most of us spend a lot of money pimping our rigs but in reality, there’s only one item that guarantees rescue – a Personal Locating Beacon (PLB).

Statistics suggest you’ll be rescued within 72 hours of authorities becoming aware that you’re missing. But rescue times will be reduced to 24 hours or even less than 12 hours, if you activate a GPS-equipped, registered PLB.

Some PLBs come with a 10-year warranty and a five-year battery life. Given that a PLB costs less than $300, it’s dumb not to have one, in my opinion.

A PLB differs from an EPIRB in that the former is registered to an individual, while the latter is much bigger and is usually registered to a marine vessel.

Apart from carrying a PLB, if you’re in strife, remember to stay with your vehicle. A 4X4 and caravan are easier for rescuers to locate than an individual. If you are separated from your vehicle and need aid, the best thing to do is to stop.

Many of us can carry several hundred litres of water with us when we travel, but it’s unwise to take water for granted.

Whether we use our rigs often or just occasionally, sediments, bacteria and algae can build up in water tanks – and they don’t disappear when we fill up with chlorinated town water. The chlorine concentration in town water is unlikely to be high enough to kill bacteria, and chlorine is a volatile chemical that dissipates in 24 hours – particularly as tanks are shaken travelling over rough roads.

Consider the quality of any water you find along the road. We’ve all heard of dead possums or cane toads in outback water tanks and there’s the risk of contamination from industrial and agricultural run-off.

There’s also the issue of bore water and how we use it, but the consensus is that bore water should not be used for drinking, cooking or cleaning fruit and veggies.

Filing up from clean water sources and making sure to treat the water if you have any residual concerns about its quality will help avoid long periods with stomach cramps and potentially water-borne parasites such as giardia.

The quality of water you’ll find on the road will vary, so be careful; fatigue is a primary factor in around 20 per cent of road fatalities

SAY NO TO FOOD POISONING

When camping the risk of food poisoning may depend on food hygiene practices. Are we washing our hands enough? Are food surfaces free of old food scraps and flies? What do we do when food in the Esky defrosts earlier than expected? What about leftovers from a few nights ago? Do we throw it away or eat it because there’s not much else around camp?

Seasoned campers should have few surprises about food safety risks – food poisoning is guaranteed to put the kybosh on a trip away. But there are plenty of things we can do to prevent it.

Bacteria grow quickly between 5C and 60C – the food temperature  danger zone. Food should be refrigerated at 5C or below; bacteria don’t grow at temperatures below zero and they die at 76 degrees. So when cooking or reheating food, it should be steaming hot – not ready to eat – and kept above 60C.

If perishable food has been in the temperature danger zone for two to four hours, eat it immediately or throw it out.

So, there you have it. Five principles of survival to keep you happy, healthy and safe for as long as you fancy. Right? Wrong.

These five principles don’t guarantee against risks and threats when you’re on the road. They are the basics to help get you out of a mess once you’re in it.

Smart travellers know this, so develop self-sufficiency in the face of adversity. Whether through wild food harvesting, foraging, fishing or hunting – there are several measures that can turn stressful endurance into resilience and achievement.

Consider what measures you might take now to prepare for the unexpected. Self-sufficiency in the outdoors offers a sense of satisfaction and promotes an understanding of the environment which will either support or defy you when things go wrong.

Well, for a start, you should be reciting the mantra: ‘Tell Someone’ and ‘Please Remember What’s First’. 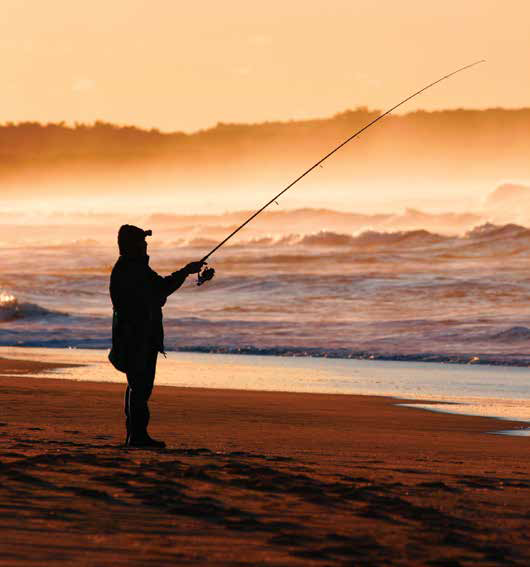 Studies show that fatigue is the primary factor in around 20 per cent of all fatal road crashes. Those statistics rise beyond 30 per cent on rural roads where longer average trips and constant speeds lead to the monotony and inattention. Combined with sub-standard road surfaces and the risks associated with wildlife, it’s a crash waiting to happen.

Driver-reviver stops are known to be most beneficial before drowsiness occurs. Achieving this requires planned rest times rather than driving times.

For professional drivers, industry policies require a minimum of eight hours of unbroken rest in a suitable environment each day and stipulate regulated driver breaks:

Nearly 30 per cent of fatal crashes occur during public and school holiday periods – just 14 weeks of the year – which suggests recreational drivers are at higher risk.

So when travelling, don’t just focus on the next campsite. Make the journey as important as the destination. Stop, Revive, Survive and remember: sleep is the only cure for driver fatigue. It really is that simple.

DO THE FIVE TO STAY ALIVE:

5. Learn how to resuscitate