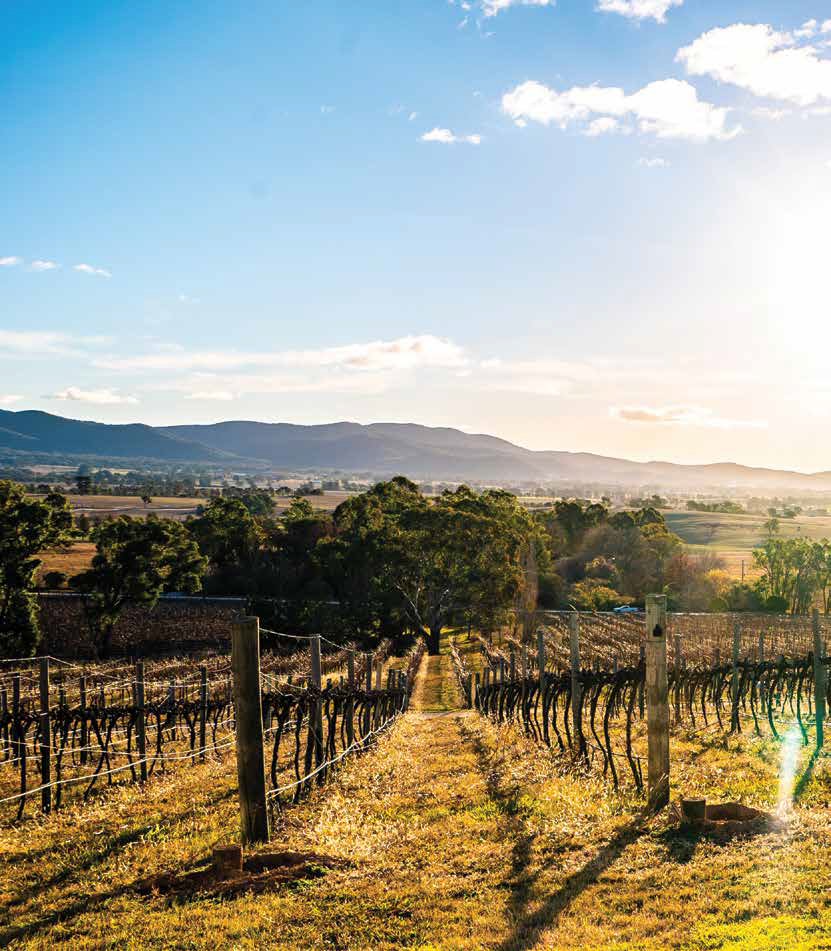 Wonderful wineries, creative cheeseries, comfortable coffee shops, restful restaurants, and harmonious heritage buildings all make up the mid-western NSW town of Mudgee. About three-to-four hours north-west of Sydney, Mudgee is a thriving country town and first impressions count for much. A drive through the CBD reveals some of the character of the town, especially as it seems to have  resisted the construction of a major shopping mall, thus retaining many signs of life along the main streets.

Many visitors like the older historic buildings that are prolific around the town. Private houses, churches, pubs, banks, the post office, and the Town Hall are all terrific examples of what can be seen and there is plenty of fine sandstone and cast iron lattice work to be appreciated. Keen photographers  will have a field day but choose the time for the best results: early morning or late afternoon giving the best light.

Favourite among older buildings is the magnificent railway station, a fine example of Victorian architecture, these days used as a restaurant and bar. It’s quite easy to quench your thirst on the platform whilst having a look around. Naturally, there is a museum or two, and the Colonial Inn Museum is worth investigating. 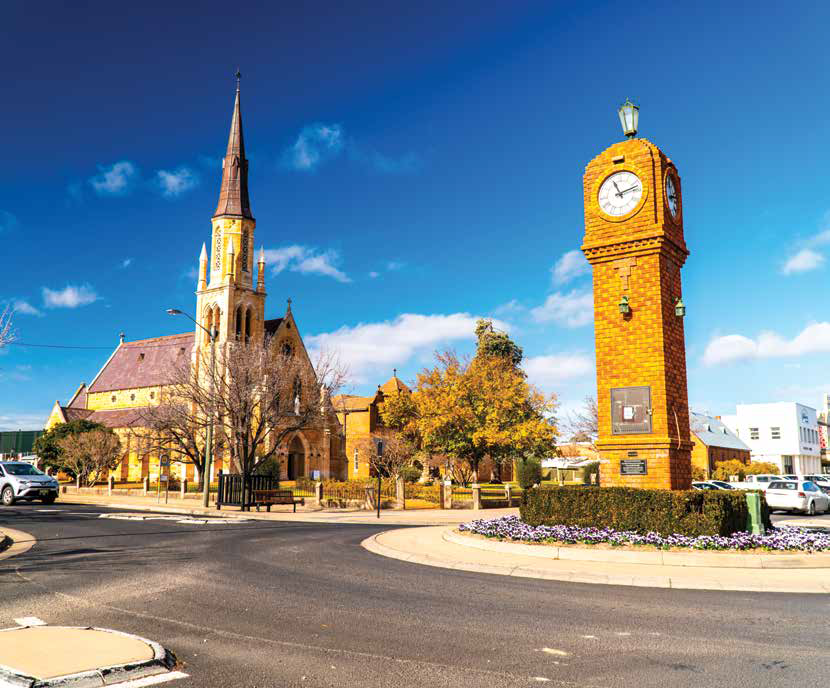 A WINE TASTING OR THREE

In some ways, the wineries of Mudgee are overshadowed by those of the Hunter Valley at the northern end of the Sydney basin. However, there are over 35 cellar doors in the Mudgee region, all offering a great selection of shiraz, merlot, and cabernet sauvignon red wines, along with some crisp white wines in the form of chardonnays, rieslings, and sauvignon blancs. A little historical note here: just like the Barossa Valley in South Australia, the wineries in Mudgee were started by German immigrants. Recommendation include First Ridge Wines, especially for the view, Moothi Estate, and Gilbert Family Wines. It’s not difficult to spend a few days just wine tasting and nothing else.

Something that goes very nicely with wine tasting is a bit of cheese and a few savoury biscuits. Some of the wineries offer a selection of cheeses, of course, but there are places like the High Valley Cheese Co. that are more dedicated. Not just any cheese, but a fine, mouth-watering selection of fetta, brie, chedder, and blue, all made locally and just waiting  to be tasted. Visitors will need to have time in hand to try them all, but there’s probably something for everyone and most motorhome fridges will be a little bit fuller by the time tyres hit the road again. 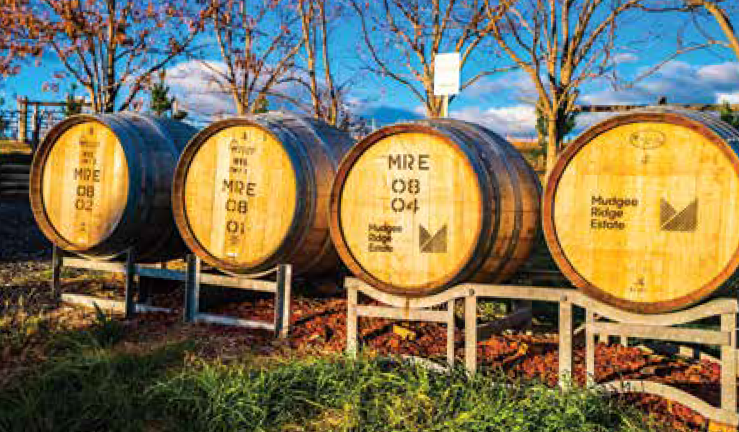 Wine, wine tasting, and cheese platters – with time enough to tarry a while

The local visitor centre in Mudgee has developed a 2.8km walking tour around the town that takes in some of the central sights. With a focus on some of the town’s buildings, it takes in, among others, the classic revival stuccoed-brick post office, the former CBC Bank building that opened in 1884, the neo classic Town Hall, the art deco 1930s picture theatre and the Gothic revival Roman Catholic Church. If nothing else, it will give an appreciation for building styles that have long gone and offer a crash course in architectural terms.

For the RV traveller – and even those who aren’t – Mudgee has at least three caravan parks. Mudgee Riverside Caravan and Tourist Park is very close to the CBD – handy if you don’t want to drive around. The BIG4 group has a presence in the form of the Ingenia Holidays  Mudgee Holiday Park, and then keeping it in the family is the third option: the Ingenia Holidays Mudgee Valley, which offers both cabins and RV sites. It shouldn’t be too hard to find somewhere to stay in Mudgee. 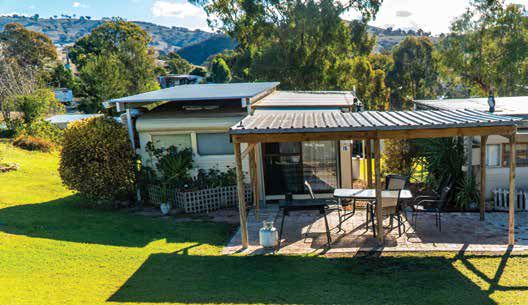 Archetypal Aussie accommodation: the country pub, or cabins in a park on the edge of town

It’s not just the town that’s waiting to be explored by the keen traveller – there are plenty of surrounding towns as well.

Kandos, once the home to the largest cement works in the  southern hemisphere, has a great museum and also boasts a local craftsman who produces some unique furniture.

Rylstone is one of the oldest settlements west of the Great Dividing Range, and has some fine old sandstone buildings as a result.

Gulgong, once known as the town on the ten dollar note, has a fine history related to Henry Lawson who lived there for some years. It also boasts the Pioneer’s Museum, which has a range of photos dating back to the 1872 gold rush. 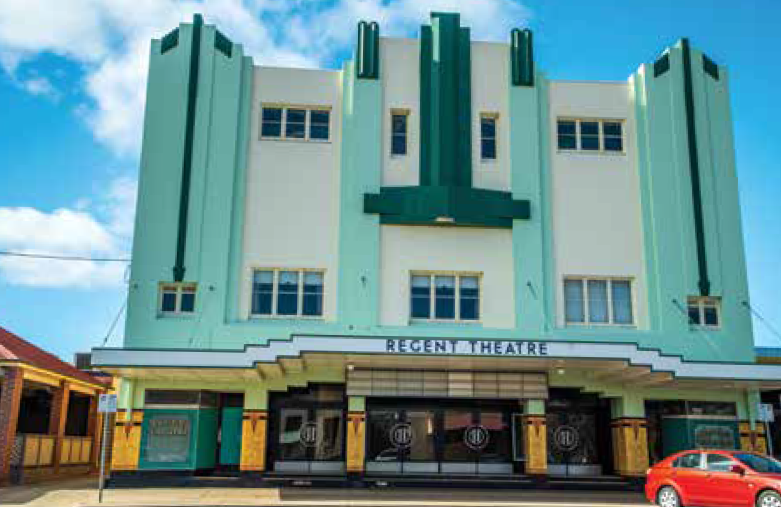 About 40km south-east of Mudgee is the Windamere Dam. Built mainly for irrigation and domestic water needs, it doubles up by offering all kinds of water sports like swimming, canoeing, skiing, and sailing, and also recreation for the keen fisher. The lake is well-stocked with golden perch, Murray cod, silver perch and catfish.

If you fancy staying near the water, the Cudgegong Waters Park offers cabins, campsites, on-site  caravans, a boat ramp to the lake, and a fine view of the water. 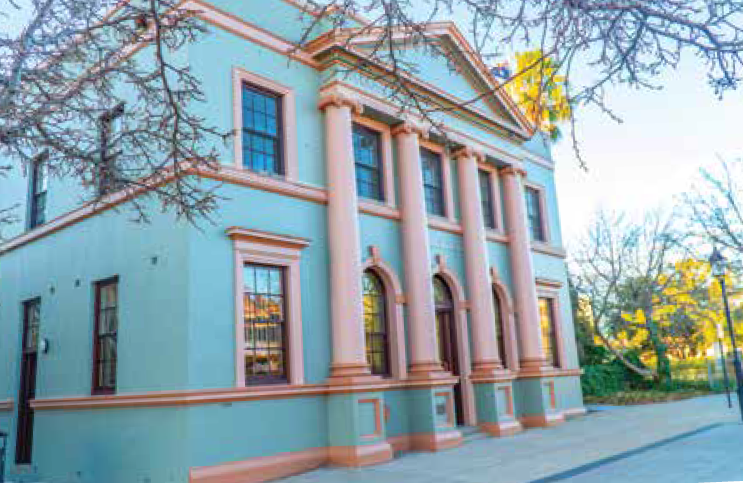 Dating from the 1920s, the former State Bank building is now listed on the National Trust

For anyone interested in railway history, Mudgee was on the Gwabegar line which ran from Wallerawang, west of the Blue Mountains to Gwabegar, passing through places like Kandos, Rylstone and Gulgong. Much of it is closed down now but, just like the former Lue railway station, there’s still plenty of infrastructure remaining which can, with a bit of care, be explored easily enough.

THE CELLAR BY GILBERT