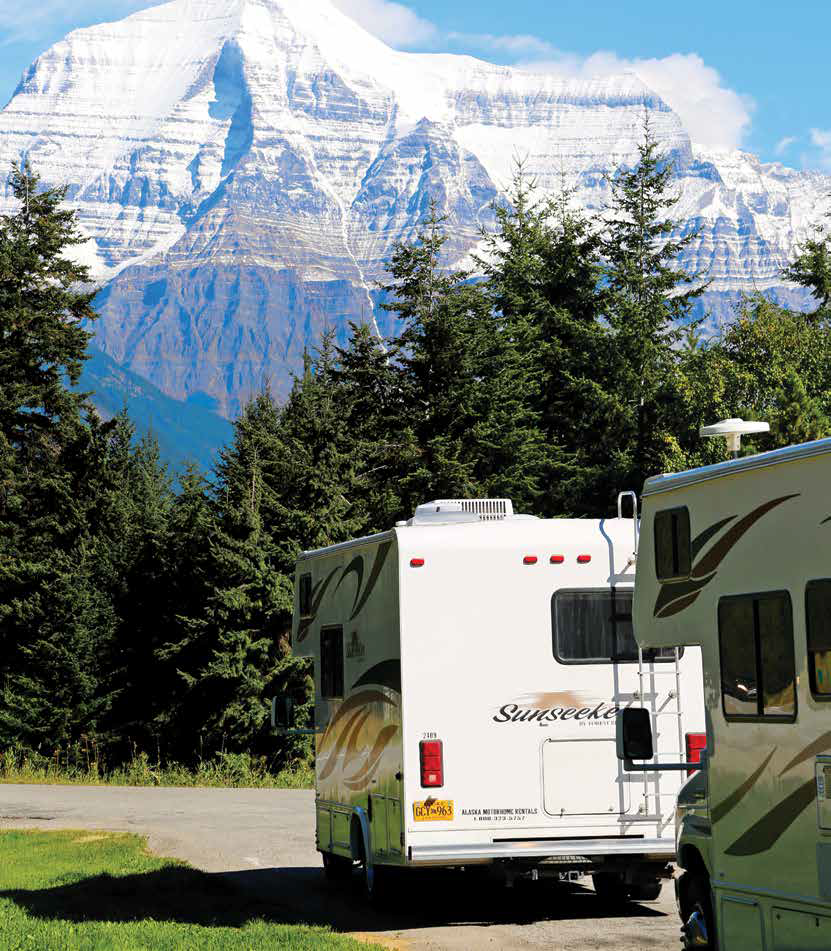 RVing is a great way to explore this beautiful country we call home. You can travel at your own leisure — lingering on in some places or leaving early in others, based on how you feel and what you want to see or do — travel can be done in a convoy or by yourselves, and destinations are only limited by the capabilities of your RV.

Australians are also well known for travelling internationally, but this type of travel comes with its own headaches. The usual logistics of itineraries and supplies are compounded by time zones, language barriers and the sheer scale of places to go, see and stay. If you want to tour the country in a motorhome as you do here, another layer of organisation is needed, with places to hire vehicles and RV parks needing to be researched, contacted and booked, while the route needs to be carefully plotted to ensure steady sources of fuel and supplies.

However, a homegrown company based in Sydney makes this option much more achievable. Established in 2003 by Graeme Smyth, a Helloworld travel agent and owner, America Canada Motorhome Tours run multiple overseas tours during the year, handling the logistics of motorhome hire and accommodation, while allowing almost total freedom for day to day sightseeing and adventures.

Before the establishment of the company, Smyth decided on a number of things he wanted to be in each of the tours he was planning.

“I set the criteria that it must a be an adventure tour, would give the participants almost total freedom to deviate, stop and travel at their own pace, to unpack just once and be cheaper than traditional coach touring,” Smyth said. 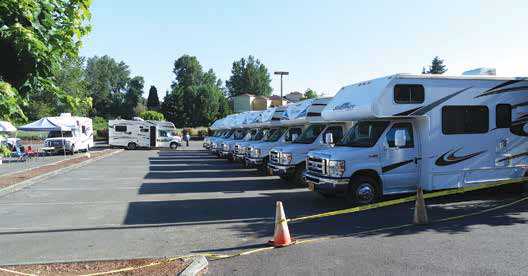 Participants can travel in a convoy or independently

WHERE ARE WE GOING?

The result is six different tours that take place across Canada, Alaska and elsewhere in the US. According to Smyth these destinations just made sense.

“North America is the home of motorhome travel. It is safe, tourist  destinations are close, there are no problems with language or narrow roads, there’s plenty of room for expansion of the business and thirdparty suppliers are reliable,” he said. 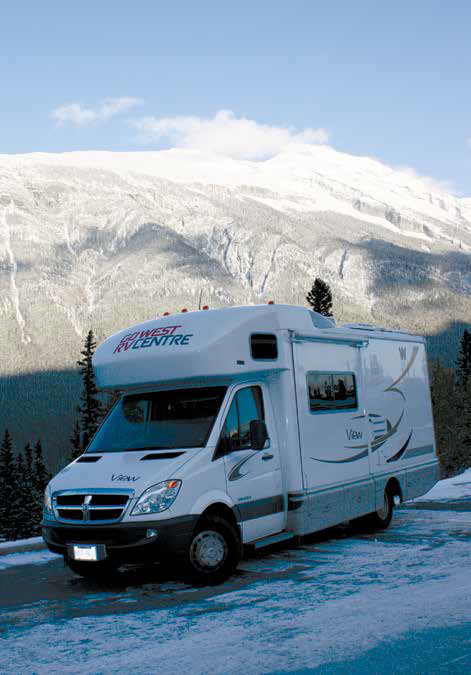 Departing in May, the Alaska Highway Chicago to Anchorage is one of the flagship tours. It takes RVers through five US states, and includes stops at Mt Rushmore and Yellowstone National Park, before the group heads into Canada and up to Anchorage. The tour finishes with a seven-night cruise on the Marine Highway (of Princess Cruises).

In September, two different tours set off. The first is Route 66, the ‘coast to coast’ tour, starting in New York City and ending in Los Angeles. After following the legendary Route 66, the tour travels to Monument Valley, the Grand Canyon and has a stopover in Las Vegas.

The other September tour, Eastern Canada, also leaves from New York City. After a relaxing journey through New England, the tour heads up the coastline, across Nova Scotia and the four major cities of Canada to Niagara Falls to finish back in New York.

Leaving from Vancouver on the Pacific Princess (of Princess Cruises), the cruise heads up through Alaska’s famous Inside Passage. The ship docks at Kethcikan, Juneau and Skagway for various day trips, and  finishes at Whittier. Some of these communities are quite isolated and can be hard to reach over land, so the cruise is a great way to visit these places.

From Whittier, the tour group makes its way to Anchorage, where the motorhomes are picked up. Supplied by Alaska Travel  Adventures, the motorhomes come fully equipped with bedding, kitchen and eating utensils.

Using the Alaska Highway, the tour heads north to Fairbanks before turning and winding its way down through Alaska, into Canada and finally the US to finish at Seattle. With over 24 stops, there are too many  to list here, but some of the more well-known ones include: Fairbanks, Alaska; Chicken, one of the most isolated towns anywhere with a population of less than ten; Dawson, Canada; Whitehorse, Canada; Whistler, Canada; and Banff, Canada. The route takes RVers through Denali National Park, the Western Rockies,  Yellowstone National Park and the Columbia Icefields.

There’s plenty of opportunities for socialising along the way

The incredible scenery and wildlife is augmented by included and optional extras. A scenic flight takes travellers up Mount Denali, the highest mountain in North America, while optional flights head into the Arctic Circle and the Alpine region.

A cruise through the Kenai Fjord is included as is a rail tour, plus there are numerous tours of cities and places along the way, including the Boeing Aircraft Factory, Old Town Tour of Chicken, Denali Wildlife tour and Whitepass Rail tour.

To get RVers where they need to go, a supplied GPS is pre-programmed with all the places to stay. As such travellers are able to easily head off on side trips as they make their way to the next stop. This mix of pre-planned inclusions and extras and the option of heading off to do your own thing is a popular point with those who have been on past trips. 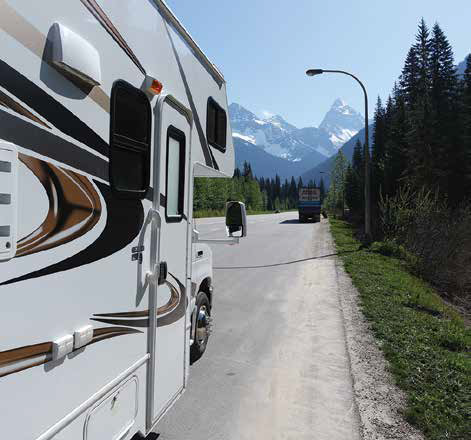 NASHVILLE TO THE CARIBBEAN

Although the scenic and naturebased tours are the bread and butter of America Canada Motorhome Tours, they offer something a bit different in the Nashville to Caribbean tour. Known as the ‘Music Tour’, this trip leaves in September and follows the usual  layout of the trips — motorhome tour first, followed by the cruise.

Starting in Miami, RVers immediately pick up their motorhome from Elmonte RV Hire and hit the road. First heading south to Key West, the group then heads north, up through Florida and Georgia to Nashville. The return leg travels south through Lousiana to return to Miami and create a giant loop.

The chosen route travels through six of the confederate states, known as Dixie, and has many stops. Major ones include: Cape Kennedy, Florida; Orlando, Florida, where you stay in Disneyworld at Camp Wilderness; Chattanooga, Tennessee; Memphis, Tennessee; New Orleans, Louisiana; Destin, Florida; and Naples, Florida. 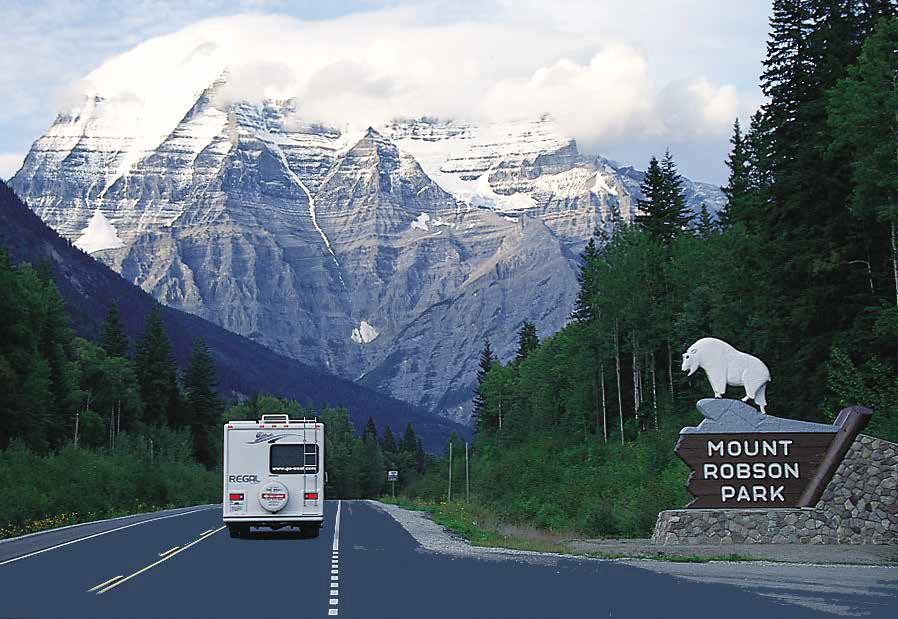 Nashville, Memphis and New Orleans are three of the world’s greatest music cities and are obviously what give the tour its  nickname. With country, rhythm and blues, rock’n’roll and jazz on offer, there’s likely to be something for everyone.

The itinerary in these three cities are based in music, particularly in Nashville, which includes a night at the Grand Ole Opry. Established in 1925, the Opry is a weekly country music stage concert showcasing famous singers and chart-topping contemporary acts. Regular performers include, but aren’t limited to, Keith Urban, Garth Brooks and Carrie Underwood. Alongside this is a tour of the Country Music Hall of Fame and, for something a bit different, a tour of the Jack Daniels distillery.

Route 66 cuts through the dry heart of America

Despite the musical focus, there are plenty of other options for RVers. The stay in Orlando includes a two-day pass to Disneyworld, and  there is a trip to Kennedy Space Centre while still in Florida. For those with a historical streak there are trips to the Civil War Mountain Carving and the National Civil Rights Museum, while the literary focussed can visit the Gone with the Wind Museum.

At the conclusion of the motorhome tour, the cruise takes off. The Symphony of the Seas (Royal Caribbean) seven-night cruise stops in Phillipsburg, St Thomas Island and Nassau. 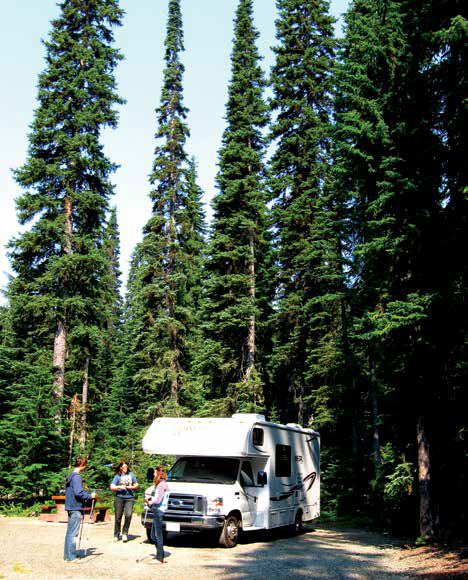 Although Smyth regularly leads the tours, he is helped by a team of leaders, many of whom started as participants on the tours. “Tour leaders are assessed when they purchase and travel on one of our tours. They must have very good personal and public relations skills. We have had many over the years, some completing 10 tours. Tour leaders are not paid; however, they get a free tour for two people. Provided we get good numbers, the third-party suppliers offer ‘free of charge’ for tour leaders to cover the cost — participants do not pay for tour leaders,” he said.

Heading into the future, plans are underway to expand the current tours and to head into Europe. With a destination for everyone, and given all you really have to do is turn up and enjoy, it’s clear that these tours are only likely to become more popular. 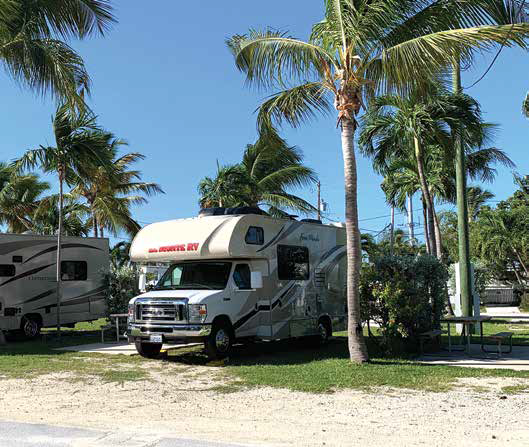 The Nashville to Caribbean tour sees many sunny stops