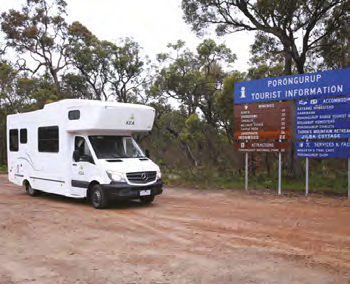 As mentioned last month, KEA Tracks attended the recent CMCA national rally at Albany and we travelled there in one of our 6KQ motorhomes. For our stay at the rally, we were camping off the grid, i.e. not connected to mains power.

We like to think that our motorhomes are well equipped for this purpose. The 6KQ is fitted with a 120 AH deep-cycle battery and an 80W solar panel. LED lighting is installed throughout and keeps energy use low at night.

Undoubtedly the most important item to keep running is the fridge. Ours was a Waeco 12V, 136-litre model – fairly energy efficient but like any motor-driven device, highly dependent on being driven by the correct voltage. Second to that is the water pump, simply for convenience if nothing else.

Our own electrical requirements aren’t particularly great but not exactly simple either. Because this was a work trip, we had a few battery supplied items, such as a laptop computer, iPad, smartphone, portable Wi-Fi device, UHF radio, camera and flash batteries. For most of that we have different leads and a USB charger to ensure maximum flexibility and minimal weight of battery chargers. 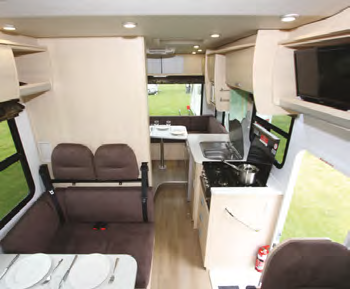 It’s convenient that many devices can now be charged via a standard USB 5V outlet, reducing the number of chargers that have to be carried; just the specific leads. To assist this there are a number of multi outlet chargers readily available with a high current output – the latter being particularly important for tablets. The camera and flash batteries have 240/12V chargers, as does the UHF radio and the laptop has its own auto/air power supply that runs off 12V. In short, set up for both 240V and 12V operation. Our KEA 6KQ has a small, purpose-built charging station which we think is better than most but there is also the driver’s cab 12V outlet – one not switched off by the ignition.

In attending the rally, we had not realised that we were about to conduct a little experiment of our own motorhome; that being to keep the house battery sufficiently charged to run the fridge and lights, yet cope with the aforementioned items.

Once it was sufficiently cooled, we kept the Waeco fridge on a fairly low setting. This was aided by the fact that the weather was not particularly warm. However, constant grey clouds did reduce the solar panel charging capacity somewhat. Despite that, the battery charged sufficiently during the day to keep the fridge going overnight and it was a good example of how solar panels can still function without direct sunlight.

In addition, our KEA 6KQ is well set up with LED lights - a mixture of ceiling fittings, under locker strip lights and reading lamps, which meant we could be highly selective about what was used. A handy device on the electrical panel was the analogue voltmeter to monitor the battery and with all that we survived quite well, even though it was a fairly simple system. (KEA Tracks is a bit old fashioned with the analogue/digital thing).

KEA Tracks probably doesn't have to point out that many CMCA members are going to have a more sophisticated/higher capacity 12V battery/charger system, but with a bit of thought it's possible to live on 12V without too much difficulty. Sure, unless you have a high capacity lithium battery/inverter system then the air-conditioner and microwave oven cannot be used, but 12V fans and gas cook-tops take care of those items.

Important considerations are efficiency and planned usage. While there are numerous 12V devices on the market, some are more efficient than other and price is often a good guide. Planning ahead is often wise. Generally speaking, most portable device battery chargers do not draw too much current but if you have more than a few, than charging them up as you drive along is a good idea. Also when driving alone, setting the fridge at a lower temperature wills serve it well for overnight use.

After the rally, we reckon our little experiment of living on 12V worked out just fine. We would like to point out that it was practical rather than scientific, the battery, charger and solar panel were fairly new and we were on our own. More people are going to add to the 12V load, particularly with appliances like the water pump but if you plan accordingly, then living on 12V isn't too difficult at all, even with a fairly basic set up.