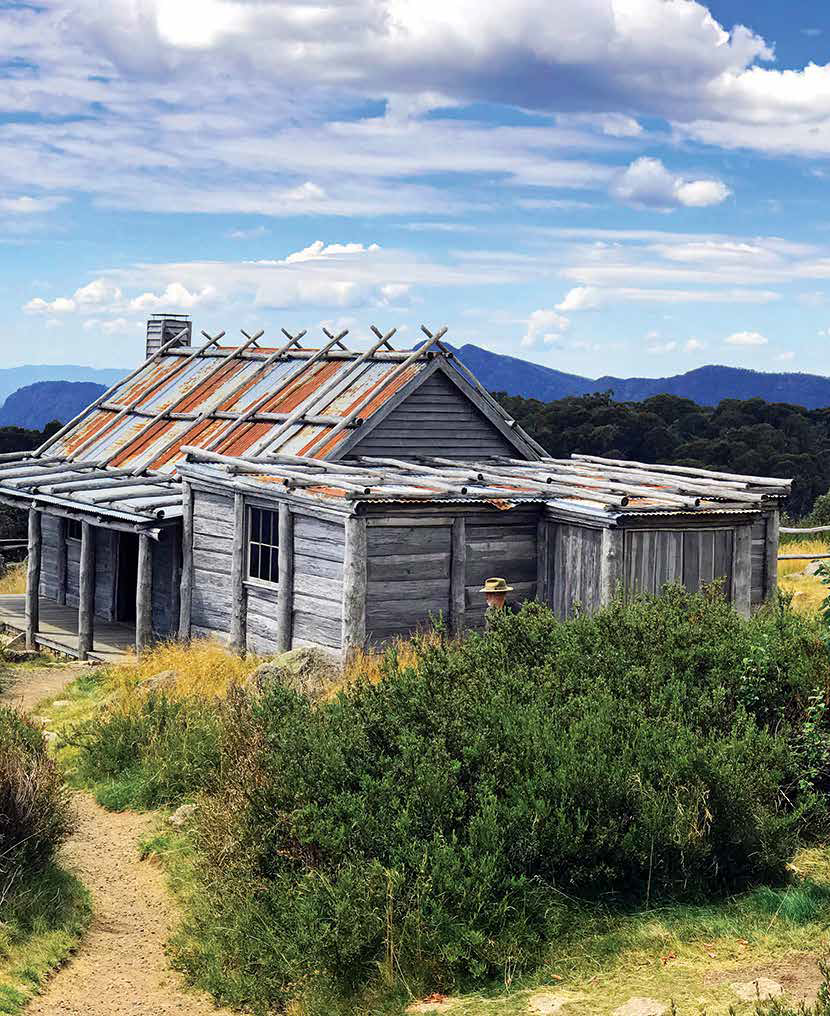 High in the vastness of Australia’s alpine regions stand a collection of huts, used many decades ago by the cattlemen who called this country home during the warmer summer months. They are usually rough and small, with dirt floors, many without glass in their windows, nor doors in their frames. But they are treasured mementos of the days when the crack of whips and the clopping of hooves rattled off the steep hillsides of the High Country.

Never better pictured than in Banjo Patterson’s legendary poem, The Man from Snowy River, the life of these mountain stockmen is now largely gone, and the high plains and steep mountainsides where they once roamed are reserved as national parks. Still, memories of that once distinctly Australian way of life are sprinkled through the crystal clear air and they’re accessible to anyone with a good vehicle and the willingness to seek them out. 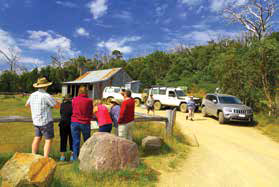 You may need to walk to some huts, unless you have a 4WD

The use of land in the alpine areas required droving and movement of cattle in grand proportions. Yet the bitter winter days and often deep carpet of snow were not good for stock and so, as autumn eased towards winter each year, the cattlemen would have to round up their animals and drive them back down to pastures in lower altitudes. Simply finding and yarding the cattle and then heading down slopes required excellent horsemanship, not to mention nimble-footed and sturdy horses.

Today the cattle are gone from the national parks. Victoria went through a yo-yoing process after the decision to ban the practice was reached in 2005, on scientific advice that they were causing significant environmental damage. This produced a strong protest from the Mountain Cattlemen’s Association of Victoria and others and in 2010, with the return of a Liberal-National Party  government to Victoria, the process was reintroduced, but was stopped by the Federal Labor Environment Minister almost straight away.

A change of Federal Government in 2013 again reversed the decision on a limited scale, but it was stopped once more by a new Victorian Labor Government in 2014, and it remains a banned activity. The cattlemen claim that grazing reduces fire risk, but scientific evidence suggests there is no link between grazing and fires. 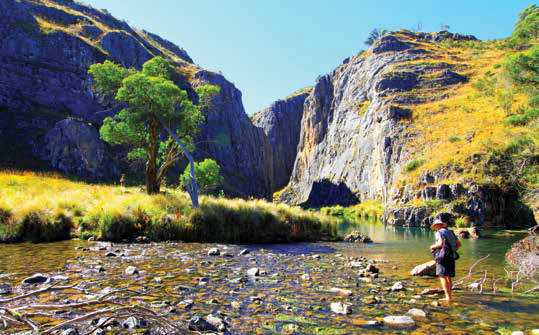 WILD BRUMBIES ON THE ROAM

If you’re lucky you may come across a mob of wild brumbies, originally bred by the mountain cattlemen to round up cattle but now running wild. These will usually be dominated by an alpha male stallion and should not be approached as they can become aggressive if they feel they are under threat. In some areas these will come into campgrounds at night to forage for food.

The high country brumbies lead a tenuous existence these days. With most of the alpine regions being classified as national park, many people regard these introduced animals as feral pests, their hard hooves and heavy weight a threat to delicate alpine ecosystems, and there are occasions when they have been shot to keep numbers under control. There are, however, a number of groups which work to protect them as a valuable part of our cultural heritage.

At the end of 2019 it was estimated that brumby numbers in Australia’s alpine regions had grown from 9187 in 2014 to 25,318, prompting calls for some form of control to be put in place. NSW has its Brumby Bill which prohibits lethal culling, but the NSW Environment Minister Matt Kean has said that some controls on numbers should be introduced. 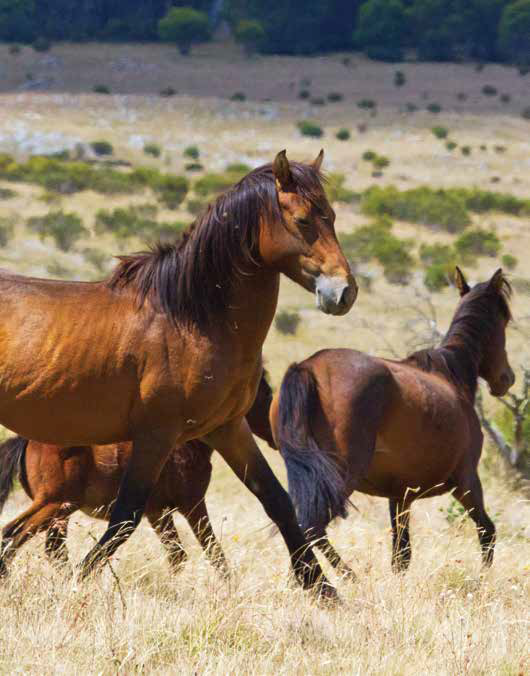 THE HUTS THEY CALLED HOME

The various huts are well known and fairly well marked on maps and detailed at local tourist offices. They are accessible by the various trails or tracks that thread through the mountains, most of which will require a 4WD or a modest walk along a trail to reach. Care should be taken as many of the tracks are so narrow that they permit the passage of just one vehicle at a time, but traffic volumes are low enough that this shouldn’t be a problem. Keep your UHF radio on as experienced users (guided tours operate through many of these areas) will call ahead to warn of their approach whenever they reach a known stretch of narrow track.

The huts were mostly built by the various families which pastured their cattle in the high country, as a retreat from bad weather and as a more comfortable place for themselves or their workers to sleep and eat. Large numbers were built but many have been lost to bushfires and white ants over the past 160 years. Most are crudely constructed from locally sourced materials — stone, rough cut timber and mud — with just a few traces of materials brought in from outside, such as roofing iron. 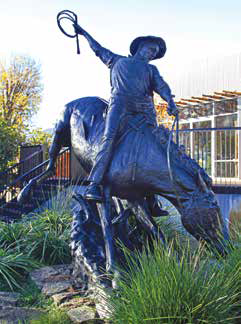 Some of the huts are classified by the National Trust or local heritage bodies; some are rebuilt versions of lost originals. More than 80 were lost in the 2003 bushfires. In the 2019-2020 fires, volunteers wrapped many of the NSW huts in foil to try to protect them from the heat and flames, though many succumbed nevertheless.

There are close to 200 huts scattered through Australia’s alpine region. All are usually simply left open to whoever comes along, often with a box of matches and small supply of firewood in case they are ever needed as an emergency shelter by a lost traveller. Occasionally, hikers will leave some food behind, although this isn’t encouraged as it can result in scavenging by wild animals.

Huts are in various states of upkeep

Probably the best known and most photographed structure is Craig’s Hut in Victoria. It was built relatively recently, in 1982, for the making of the movie The Man from Snowy River. It was originally intended to be only a temporary structure but became so beloved by visitors that it was rebuilt in 1993. After being destroyed by a fire in 2006, it was again rebuilt, this time with a tin roof. Its outlook over a sweeping panorama of the High Country makes it an outstanding destination. Access is by 4WD for the last 1.2km but it can also be reached by walking trails from a nearby parking area.

In Tasmania, mountain huts were built by shepherds, cattlemen, miners, hunters, fishermen and others and are now available, usually to hikers, across the mountainous areas. 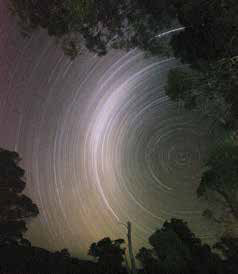 Stars shine brightly due to a lack of light pollution

Australia’s alpine huts are a remnant of a time when life was hard. The adze and saw marks are a record of an era when men and women worked hard for simple results. It was almost heroic, rounding up cattle in the dense forests and steep slopes of these high mountains.

If you are making a determined effort to track down and visit huts, keep in mind that mountain weather can be fickle and change suddenly and severely. When visiting a hut with a logbook enter your name, the number in your party and intentions,as it may assist in a search should things go pear-shaped. If you find a logbook that’s full, notify the relevant national park authorities. Don’t leave  a message about how lovely the view is.

If you’re attempting to reach a hut and the weather turns bad don’t rely on reaching it. Take shelter before you become wet and tired. Ensure you have warm clothing and some food and water with you.

Whatever you take into any of the huts you must take out, especially rubbish. If at all possible, replace any used firewood, close doors and windows and make sure any fire is fully extinguished. Ensure any fires are kept inside made fireplaces.

The huts are for temporary shelter. Do not stay in them for any period of time and respect their significance by leaving them as you found them.

Most huts today are managed and cared for by volunteer associations, parks rangers and heritage groups. Treat them with the care and respect due to the men and women who carved a way of life and a national identity out of seemingly impossible country.

The sun casts a final glow on the mountaintops

Inland exploration exploded after the western crossing of the Blue Mountains by explorers Blaxland, Wentworth and Lawson in 1813, which created an insatiable craze for new grazing land.

The 1824 journey by Hume and Hovell from Appin, south-west of Sydney, to Corio Bay, near the present city of Geelong, led to a rapid passage of settlers keen to grab well-watered land in the intervening areas.

These newly opened lands had become the resort of “emancipists, runaway convicts and bushrangers”. It was decided to control the release of land and ensure the leasing or sale of property to bring in funds to be used to subsidise the immigration of free settlers.

In 1829 Governor Darling declared an area, known as the Nineteen Counties, in which settlement was to be limited. This area, three times the size of Wales, was 400km long at the coast and 240km wide, and was bounded by the ‘Limits of Location’. Wealthy pastoralists saw this as a mere figment of governmental imagination.

They plunged out into the void, droving large flocks of sheep and mobs of cattle while seeking prime real estate and simply became squatters on the Government-owned land. Sheep were initially the favoured animals as they produced an annual fleece which fed into the insatiable demand from Britain’s newly mechanised spinning mills and could always be slaughtered or boiled down if things became financially too tough.

But cattle were cheaper to manage, required no fencing or nurse-maiding to keep alive, and when the gold rushes of the 1850s launched a huge market for meat, they became the preferred form of farming in the rougher country of the high alpine regions.