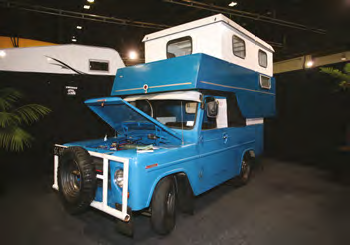 This month we’re going to take a slightly whimsical look around the world of motorhomes, in particular old and unusual ones. Starting with the old, it’s generally considered that the fi rst motorhomes, then called motor caravans, constructed in Australia were those built by G C Kaesler. The fi rst, built in the late 1920s on a Dodge, now resides in the museum at Goolwa, SA and what is thought to be the second was built circa 1931, also on a Dodge, and resides in the museum at Nuriootpa, SA. The interesting thing about both is that they literally are a house on wheels.

In the course of research for this article we came across a couple of photos from the archives of the Anglican Bush Church Aid Society. We understand that these ‘motor caravans’ were being used in the 1930s by Bush Church Aid ministers who had long distances to cover in outback Australia, with little or no infrastructure support (you know, like a four-star caravan park). Now, we don’t have any interior images but from what we can see, they are very basic inside. 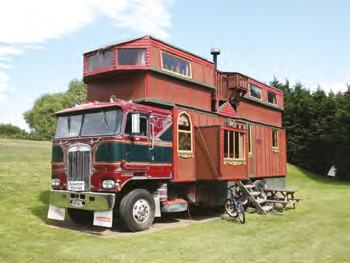 Now, although the ‘house trucks’ in the Kaesler style really didn’t seem to catch on in Australia, they certainly did across the Tasman, where motorhomes are much more popular. Up until a few years ago, the ‘house trucks’ were still a common sight on the roads. They are a little rarer now but not so long ago we did see this magnificent example built on a Kenworth truck. You’ll note it has all the essentials, including slide-outs, bay windows, balcony and a fuel stove.

Still across the Tasman, this 1965 Trekka (not Trakka) base vehicle was the Kiwi attempt at emulating a Land Rover and built very much in the same style. This one, well preserved, was converted into an off-road campervan with the pop-top having fold-down timber sides. It’s quite basic inside, with cupboards, beds and a sink – no cooktop or fridge. 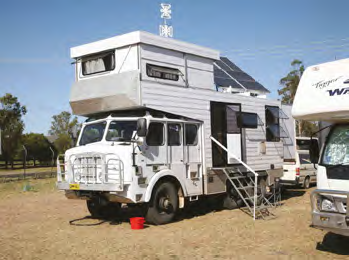 Back in Australia, privately-built motorhomes, once relatively common, are getting rarer these days. A good example is the Australian equivalent of an NZ house truck, this 6WD Thornycroft Nubian conversion owned by CMCA members Adrian and Carrol Capel N684. Adrian, a mechanic by profession did all the work, which includes the penthouse at the top. The Thornycroft started life as an airport fire tender but now has a very different life. The spacious cab is an interesting feature. The rear seats were removed to give storage and access to the rear but the cab sliding doors were retained and on hot days can be left open when travelling along.

One thing is for sure, all these vehicles are very different to what is commonly seen on Australian (and NZ) roads today.