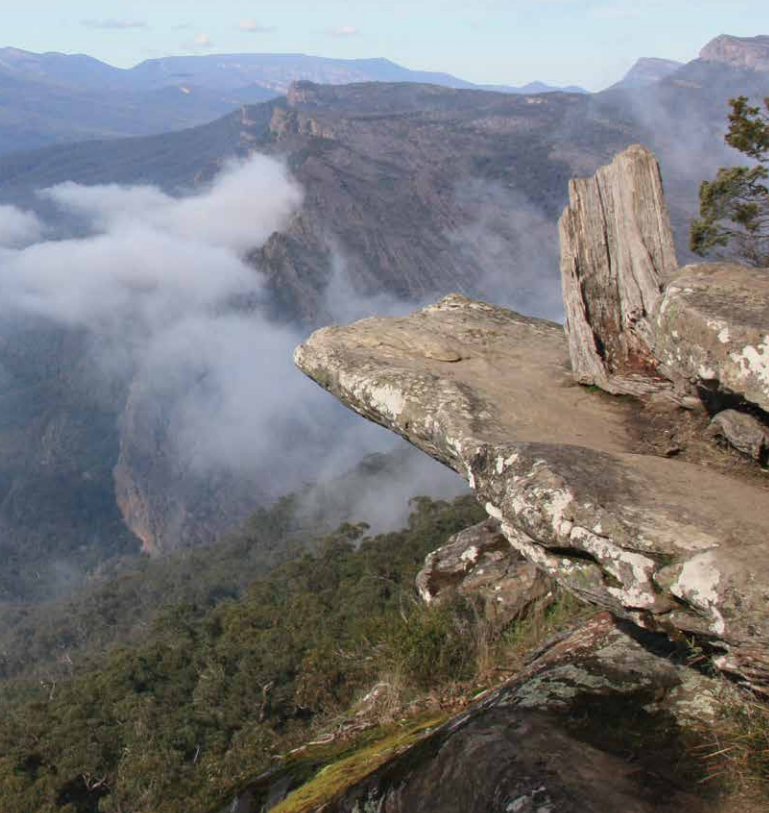 The view across the Grampians from Boroka Lookout

We were camping at Killarney on Belfast Coastal Reserve, west of Warnambool, in Western Victoria, when we had a phone call from a close friend asking us to join them at the Steam Rally at Echuca.

We hadn’t been to that Steam Rally for more than 40 years. The last time we went, Harry H. Corbett of Steptoe and Son fame was riding around the arena in a horse drawn cart. So, we changed direction and headed for Echuca.

Several hours inland, we passed Cape Clear. We thought it strange to have a cape so far inland, but it all made sense when we saw the lighthouse. Someone’s idea of a tourist attraction.

Smythesdale Gardens Rest Area, west of Ballarat, was our first destination, with Aysons Reserve near Elmore the following night.

Aysons Reserve was impressed in our memories for the hordes of insects that hatched after the early summer heat on our previous stay. Being winter, there were only birds and generators to disturb the peace.

It is interesting to see a town with lots of caravan parks, motels and accommodation options open to free camping. Echuca is one of those towns. With the Steam Rally on though, we were happy to skip town in favour of the quiet banks of the Murray River at Christies Beach, where we saw the most beautiful sunsets, sunrises, and ground mist the bush had to offer. The bush tracks were a little rough in places, which accounted for how we managed to go over a few ruts the wrong way, bottomed out and parted company with the spare tyre from under the rear of the camper, depositing it in mud. Strangely, John was reluctant to re-install it in its correct home at that point, something to do with the mud.

Despite the dislodged tyre, we enjoyed our bush camp, met up with our friends and attended the Steam Rally, before we headed off for the gold fields of Western Victoria. Butts Camping Ground on the outskirts of Maldon, a large undulating treed free camp was a peaceful overnight stay. All around Maldon were signs of past gold mining. The North British Mine on the outskirts of town was a fascinating look into the past, with relics scattered through the lightly treed bush.

We were on a search for ancestral gold. Place names like Amherst, Talbot, Clunes, and Avoca, birth places of members of the family back in the 1860s, had long held an interest. The Talbot Family History Museum added to previous knowledge of our family history. Back in 1848 the first gold was discovered in a creek bed of a property near Talbot called Glenmona. Coincidently, Glenmona was the name of a property owned by the family in Southern Tasmania, both owners having the same first and last names, but different people. The link is a mystery, but when you start to delve into family history, you just open more cans of worms. 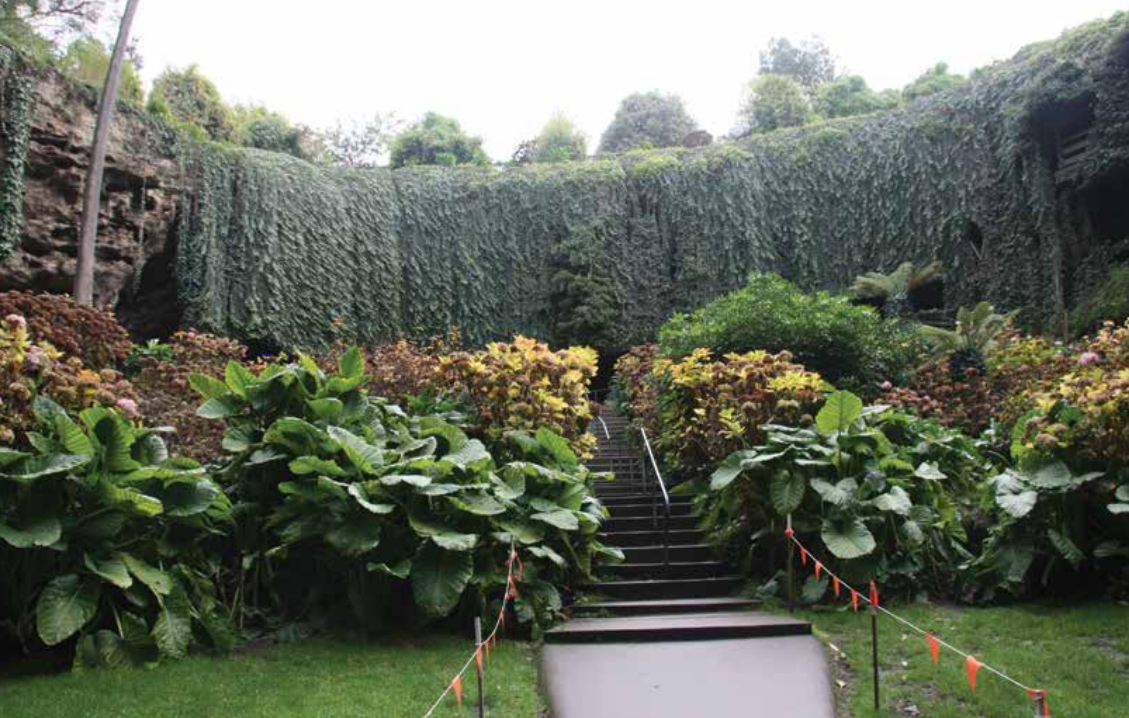 Halls Gap in the nearby Grampian Range was named after Charles Browning Hall, the same guy who co-owned the Glenmona property at Talbot. He was said to have used the area within the Grampians to keep his cattle in saleable condition at a time of drought.

It was late afternoon when we were approaching the Grampians and time to find a spot for the night. Old Man Emu Stay jumped out at us. We were welcomed at the farm house and guided to their back paddock, an isolated flat area surrounded by bush and farmland. Kangaroos in the top paddock, sheep and baby lambs nearby, emus somewhere in between, and the Grampians rising suddenly out of the plains to the west. It was a peaceful night in the paddock, just us and the wildlife. We woke to a crisp morning with baby lambs gamboling on the banks nearby and emus guarding the gate.

Entering the Grampians via Halls Gap is like stepping into another world, from open farmland to a mountain tourist paradise, heaps of accommodation of all varieties along a narrow valley with kangaroos grazing everywhere. The Grampians is not just one mountain range but a series of two or more ranges with several lakes and a valley right through the middle. It was hard to know which direction to go first.

We went up, to places like The Pinnacle, The Balconies, Boroka Lookout and Grand Canyon. The views were spectacular. Mt Boroka, at 850 metres, overlooked the plains, above the clouds spilling up over the eastern part of the range into the next valley. The next lookout on the other side of the range was perfectly clear, as far as we could see into the distance. From The Balconies the views were magnificent, but we saved the best till last, MacKenzie Falls. It seemed to be a popular destination with loads of tourists around. The waterfall was beautiful; 260 steps down and back up again, with a huge emu strolling beside the track on our way back. Despite the rough road getting there, the Plantation Campground, a little north of Halls Gap, was a great free camp for the night. It was another wildlife haven.

Following the ‘training’ walks of the previous day, we tackled Mt William. It was 1.8km from the carpark straight up to the summit at 1167 metres. We don’t climb as fast as some, but we made it with a few photo stops on the way. The views made the climb well worth the effort and another mountain to add to the CV. Mt William was named by Major Mitchell back in 1836. We reckon he would have had a harder climb than us. We had a sealed road. The view from the cairn at the top of Mt William was like being on top of the world. It was one of those beautiful clear winter days.

We headed south through the valley, with mountains on both sides, passing Mt Abrupt and Mt Sturgeon towards the southern end of the Grampians. Both these mountains will present a challenge to climb next time, but Mt William was enough for one day. After a pause at the little town of Dunkeld, at the southern end of the Grampians we found a free camp at Wannon Falls Reserve. The waterfall was beautiful, but strange to find such a deep gorge way out in the plains. 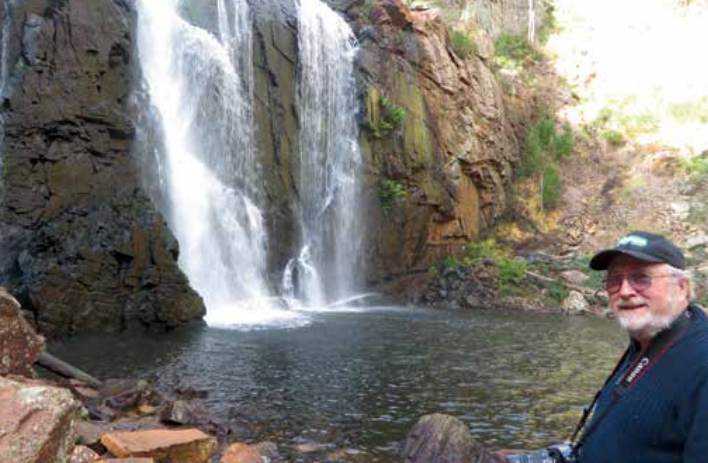 Heading west we passed through Hamilton, memorable for its laundromat and shopping to the town of Casterton, the home of the kelpie dogs, where we found a lovely little overnight camping spot beside Ess Lagoon. We missed, by one week, the annual event there which celebrates the story of the kelpie. It was quiet except for the huge trucks zooming down the nearby highway. We were to find the reason for all those trucks when we reached Portland.

We hadn’t intended crossing into South Australia, but Mt Gambier was so close. It was a surprising place. Our first stop was the sink hole in gardens beside the main street. The sinkhole had been made into a garden, with ivy hanging over the edges drooping all the way down 60 feet or more to a garden laid out in Hydrangeas, so unusual in the stark Australian landscape. Talking to a worker near another sinkhole in Mt Gambier, we were given an insight into the nearby caverns under the surrounding properties and the main road.

The Blue Lake near the middle of Mt Gambier was a place we remembered visiting on our last trip to the area more than 40 years ago. The lake was formed from an ancient volcanic crater. At Blue Lake we heard the story of a dramatic incident back in 1936, the true story of John Dutton. While driving his 1927 Vauxhall sports car around the lake, he tried to avoid a collision, and left the road. He landed on the bank while the car kept going, plunging into the lake. The car, known as Old Mary, was retrieved from the watery depths some years later and eventually restored. A DVD telling the story is now in our collection.

Nearby Brown Bay is an area renowned for its fresh water springs bubbling out of the sand at low tide. We only saw a mobile area of brown water, curious as it moved about a hundred metres along the beach overnight. Whales were sighted just offshore, a mum and her calf milling around. Unlike the cliffs of the Great Ocean Road, the coastline is much flatter just over the border and along the coast to Port Macdonnell.

There was another crater we wanted to see, Mt Schank. It rises abruptly out of the plains between the coast and Mt Gambier. More than 1000 steps up to the rim of the crater it wasn’t the steepest we have climbed, but the rim wasn’t very wide either. I was very happy to be heading back down again via the steps, not the fast way.

Just before the border our new camping book gave us a clue to a free camp at Dry Creek on the Glenelg River. We used several resources to find camping spots. Where one failed, another usually came up trumps. It was quiet and peaceful with only a few ducks being disturbed when taking an early morning photo.

Just over the border, we had a glimpse at the windfarms and Cape Bridgewater’s Petrified Forest before exploring more waterfalls in the Otways on the way back to Melbourne and home to Tasmania. Western Victoria has so much variety, from the Great Ocean Road to the mountains, the ancient volcanic craters, its rich history and huge variety of wildlife. Victoria has it all.

Mt Abrupt, at the southern end of the Grampians