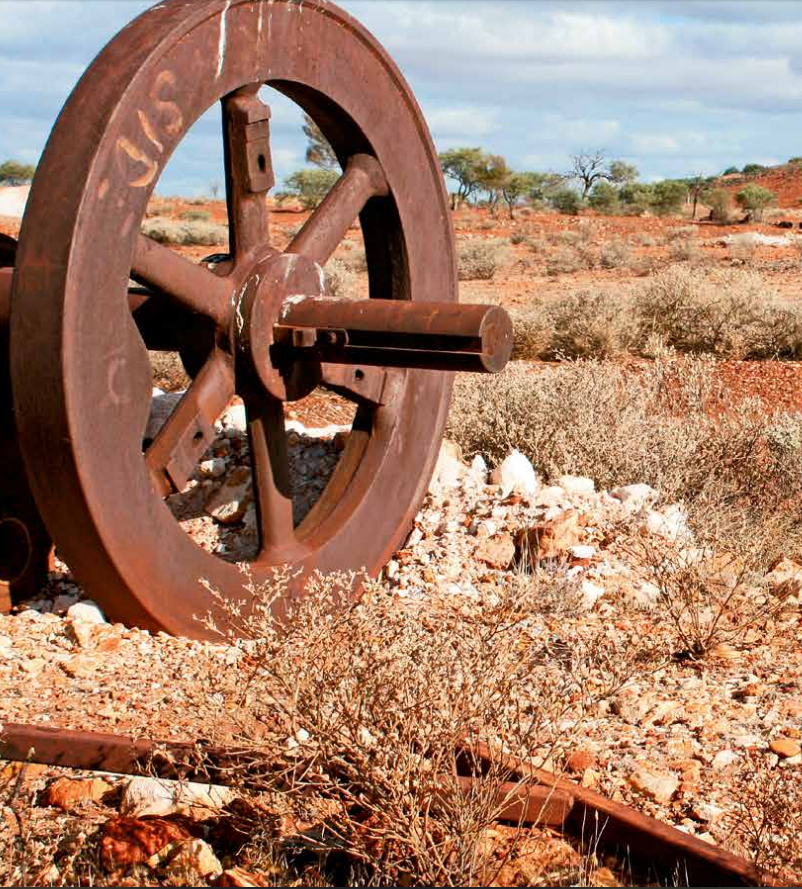 I f you’re into history and love poking around old ghost towns, Peak Hill in Western Australia’s Murchison Goldfields might be just the place for you, but you’ll need to tread carefully!

Going back to the beginning of the gold mining excitement some 128km north of Meekatharra in the outback of Western Australia, the story starts with the arrival in the district of William John Wilson, the eldest son of two Irish immigrants.

Having spent his early life on his parents’ cattle station in New South Wales, Wilson set off to try his luck at gold prospecting on several new strikes in his home state, before heading even further afield to Papua New Guinea. Beaten back from this venture by fever and hostile natives, he returned to Australia and soon found himself taking on the arduous journey across the top of the country to the latest gold ‘hot spot’ at Halls Creek in WA’s Kimberley.

It seems stories of fabulous finds here were somewhat exaggerated and Wilson once again set off for ‘greener pastures’ further south. He headed to Nullagine first and then the upper reaches of the Murchison River. With only moderate success, he teamed up with his long time mate George Woolhouse. 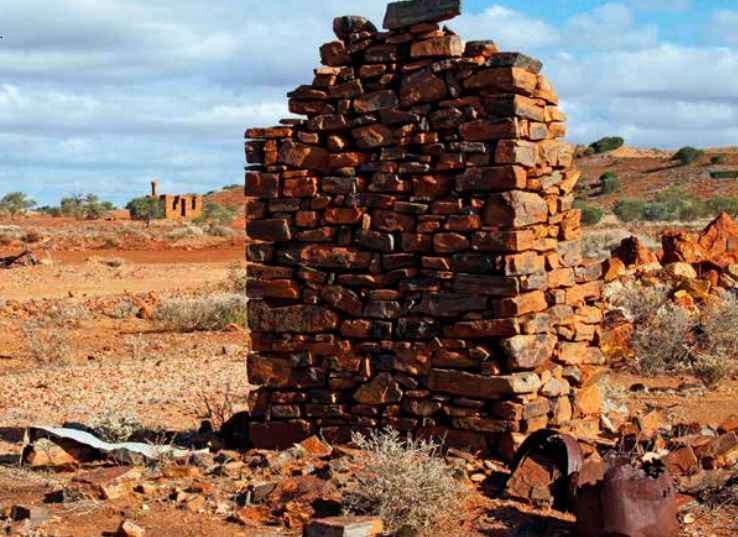 The crumbling ruins of Peak Hill

Setting out from the Horseshoe Range diggings, the pair made camp along the river that night. In the morning they found one of their horses (although hobbled) had wandered off. Following its tracks in a dry creek bed, Wilson ‘specked’ a slug of gold lying in the sand. The two men excitedly explored the area picking up a large quantity of alluvial gold in just a few hours.

After racing off to register their claim with bags of gold (including nuggets of seven and 15oz) to validate their claim, ‘Wilson’s Find’, as it was originally called, quickly became the latest gold rush area. Prospectors immediately set out from Cue, Nannine and surrounding areas to get their share. This was in September 1892 and by the late 1890s, the area was described as one of the smallest but wealthiest in the WA goldfields.

So rich was the field, that Wilson and Woolhouse’s Reward Claim, an area of less than two acres, is reported to have yielded more than 28kg (62.5lb) in just a few days of the crushing of a quartz reef on their claim. The nearby Patch Mine in 1898 produced a phenomenal 498.4kg (1,099lb) in 12 months from just 5,179 tonnes of earth, and yet another is reported to have gained 26.7kg (59.2lb) from just 167 tonnes of soil. These were truly rich diggings! 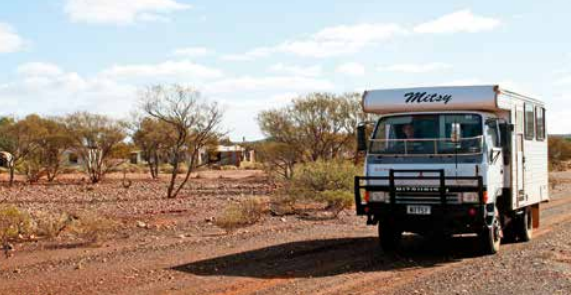 Driving in to discover the old town

A TOWN IS BORN

Covering an area of 2,162 hectares and consisting of four main mines and a number of smaller diggings, Peak Hill, with a seemingly good long term future, was gazetted as a town site in 1897. The origin of the town name ‘Peak Hill’ isn’t entirely clear. There is thought that it may have gained its name from a 30 metre peak in the centre of Wilson’s Claim, but it’s equally likely it was named by Wilson after an area in New South Wales where he had prospected before coming to Western Australia.

By 1901 it is reported this bustling township had a population of 667, with 324 dwellings, four boarding houses and five hotels. The town also became the base for a regional newspaper network. 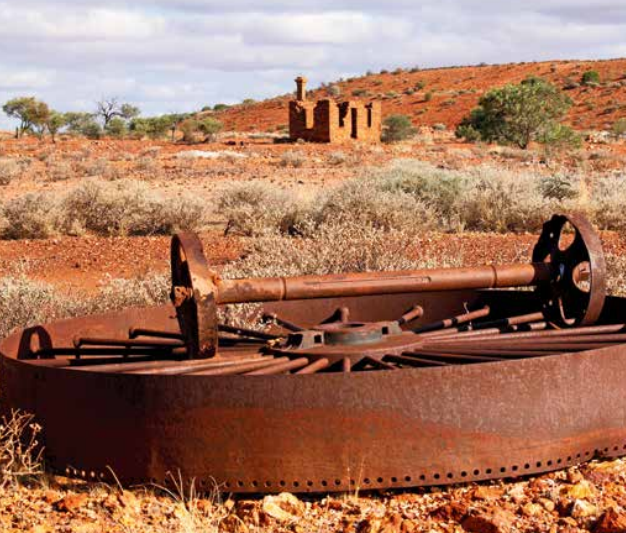 The crumbling ruins of Peak Hill

All the early promise, however, soon began to fade. The rich veins of gold had been pretty much worked out, Wilson had moved to the coast at Geraldton (where he married and had five children), and by 1910 most other miners were starting to move away to other more productive areas. However for many years a number of hardy locals remained, still scratching out a living in the area. When the only remaining pub (The Palace) closed in 1962 after the death of its owner, and the main north-south road (now the Great Northern highway) was re-routed bypassing Peak Hill, the town virtually became abandoned.

During the gold boom of the late 1980s with better technology and bigger machinery, active mining was once again seen here with a large open cut mine operated by Peak Hill Resources. It produced good quantities (reportedly around 18.4 tonnes) of gold over a number of years. However all this renewed activity didn’t last long and by the late 1990s things once again became very quiet. 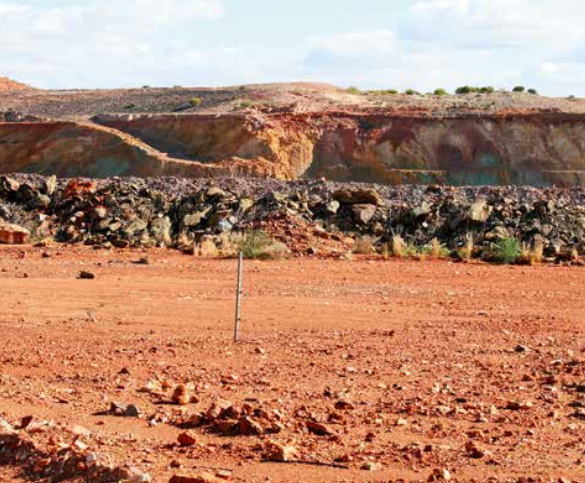 The open cut mine at Peak Hill

A visit to Peak Hill today is like taking a journey back in time. The ruins here, in two main sections, are much more substantial than those found in many other old mining towns. Very often when payable gold ran out in one place, the miners and prospectors picked up virtually everything they had, including corrugated iron and other building materials, and transported them for use at their next location. Whilst some of this no doubt also happened at Peak Hill, you can see quite a bit of it was left behind.

As you drive into Peak Hill, the first section of ruins is seen not far from the town’s air strip, marked by two very large tyres. There is a small ongoing mining operation here, but the owners apparently don’t like visitors calling in. To help ensure their privacy, a sign on their fenced off workings says ‘Keep Out/Bugger Off’, with another pointing tourists in the direction of the old ruins and away from their mine.

In this section there are several old corrugated iron homes in various stages of disrepair, an old workshop, an old truck, some outbuildings, old rusty metal, an extensive pile of old (mostly beer) bottles, and a dilapidated old caravan that at one time served as a mine office. 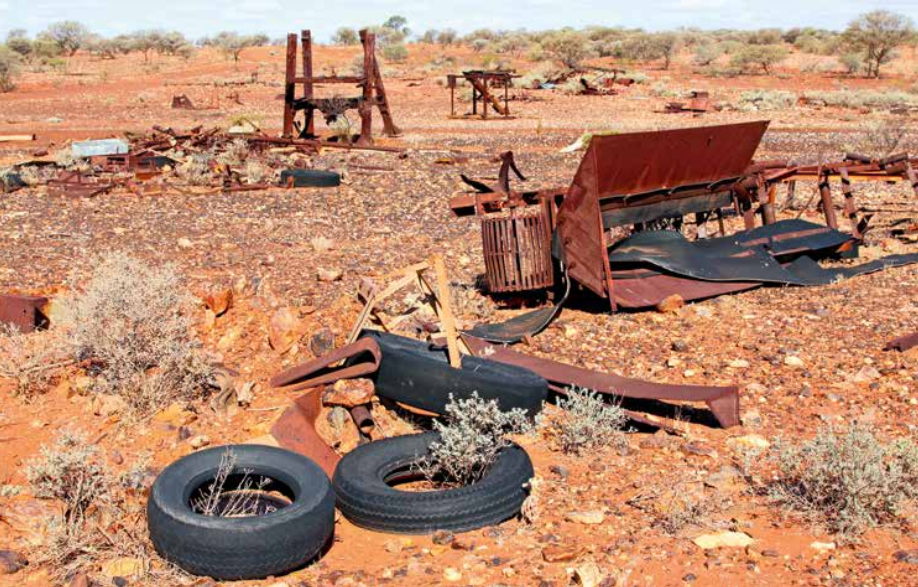 Around 2km away to the south (follow the road towards a communication tower) the more substantial old town brick ruins can be found, including the old Palace Hotel, a bakery and old ovens, a mines offi ce building, some underground cellars, the ruins of an old crushing and processing plant and plenty of old machinery still lying around.

Also seen here is the ongoing home of Peak Hill’s only resident, Tony Burrows. A sign on the gate tells that this has been his family home (now with a tall communications tower in the backyard) since 1899. Unless you have some type of emergency during your visit, please respect his privacy and do not enter.

As you wander around the old town buildings, you can imagine what it would have been like in Peak Hill’s heyday. This would have been quite a bustling place and a real contrast to the eerie quiet that now prevails around the old town. Take care as you poke around this old place however, as there are plenty of broken glass as well as bits of sharp metal and wire which could do you an injury if you’re not careful. 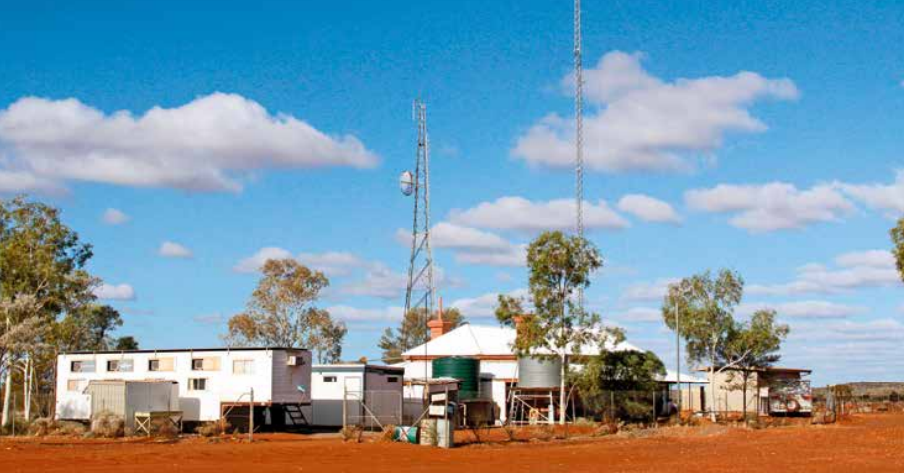 The Burrows family home at Peak Hill which dates back to 1899. Tony Burrows is the only resident of the town; plenty of wild camels roam the nearby area.

This is truly a fascinating piece of WA Goldfields history. If these old ruins could talk I am sure they’d have plenty of great tales to tell!

Another interesting feature of a visit to Peak Hill is the chance to see herds of wild camels that roam through the district. During our recent visit we saw two small herds of five or six grazing along the side of the road.

Peak Hill is a place full of nostalgia, intrigue and surprises, and there are even rumours that with ongoing mineral exploration out here, there is a chance the old town might once again rise from the ruins.